Review – Walk Off The Earth 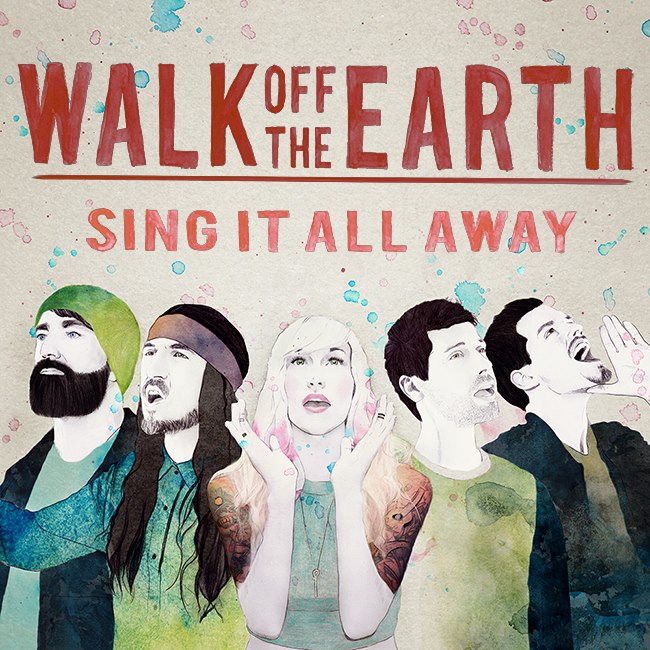 ‘Sing It All Away’ is the second full length album from one of Canada’s fastest rising bands, Walk Off The Earth. With hundreds of millions of views on their videos and live shows in countries all around the world, the band has certainly made a name for themselves since they took the music scene by storm. Impossible to pin down into one genre, the band brings many different influences and inspirations together to create their unique sound.

The album, 12 tracks long, is something you need to experience. With the lead single “Rule The World” opening the album, it cycles through both fast and slow songs with lyrics that tell stories and pull on your heart strings. A few of the songs were released as lyric videos before the release of the album, including my absolute favourite, “Home We’ll Go”. At first it was just the beautiful harmonies and backing music that drew me into the song, but then when I paid closer attention to the lyrics it actually moved me. “Don’t let your head hang low, you’ve seen the darkest skies I know” in particular got to me. It’s a very uplifting song that would appeal to many listeners. I also really enjoyed the title track of the album, “Alright”, and “We Got Love”.

The album has something for everyone and is definitely a must have for your summer. Walk Off The Earth certainly outdid themselves on this album and the amount of time they took to perfect these songs shines through. If you’re a fan of music in general, this is the album for you.