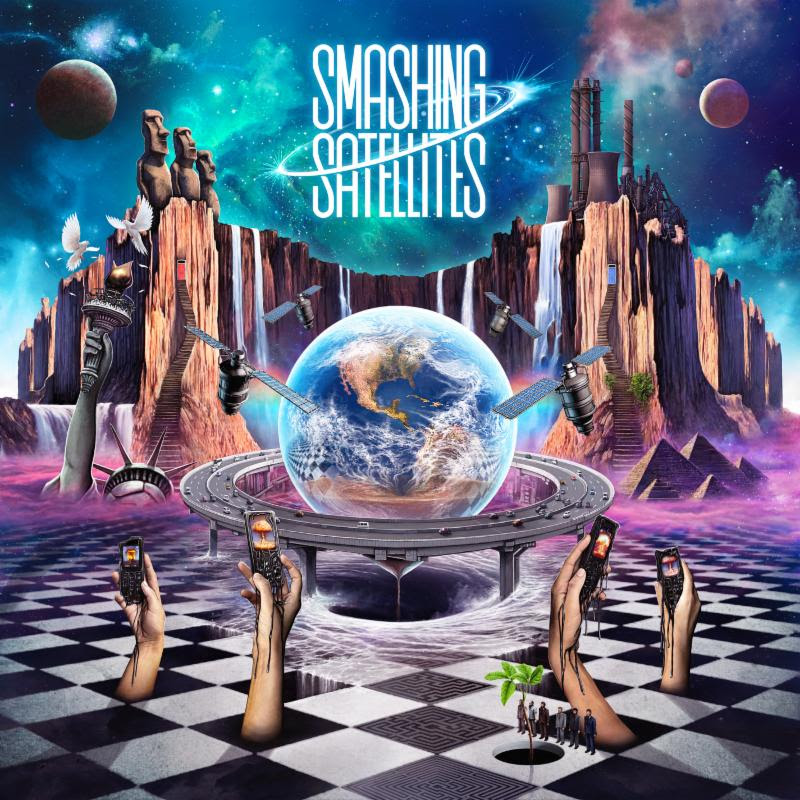 Smashing Satellites is a alternative pop band based from Toronto, Ontario. The band consists of four members who are Salvatore Costa, Devon Lougheed, Mick Valentyne, and Mykey Thomas. You might recognize Salvatore Costa from his former guitar days with My Darkest Days.

‘SonicAluzion’ is Smashing Satellites first full length release that features thirteen tracks in total. The album includes some of Smashing Satellites singles, “Waterfall” and “What It’s All About”. I have listened to album have picked out two songs that I fully enjoyed. Those tracks are “Waterfall” and “Calm Me Down”, both songs are very danceable and have an upbeat rhythm. “Calm Me Down” has a catchy chorus that was easy to learn and I found myself singing along by the end. All the tracks on the album were great and I enjoyed them all thoroughly.