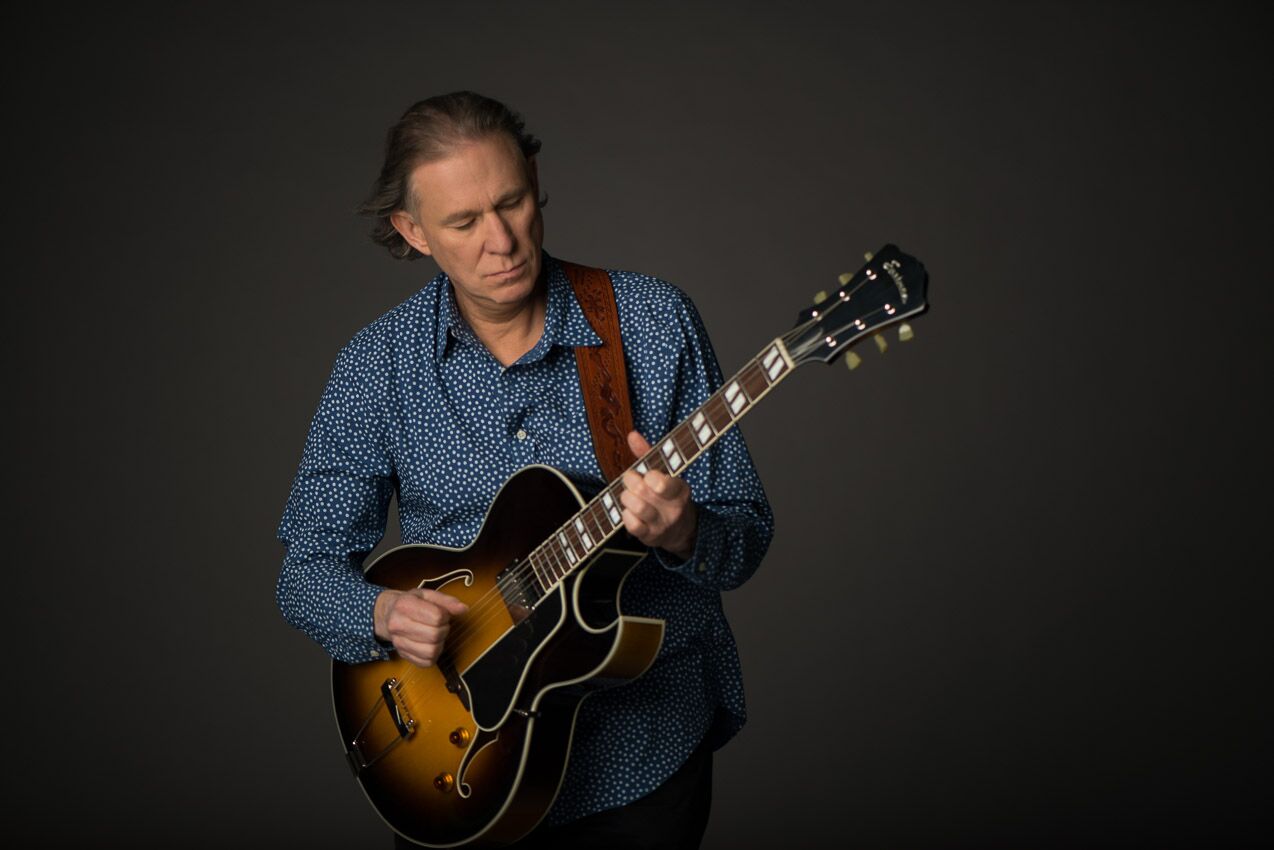 Toronto based musician/ vocalist, David Krystal has released his new EP, “All The Colours” today, and will perform at the Victoria International Jazz Festival on June 19th & 20th. We had the chance to ask him a series of questions about his musical background, new EP and much more, so keep reading to find out lots about David Krystal.

You have been in the music industry for some time, when did you realize you wanted to pursue music as a career path?

I think  I was about 14 years old and I was asked to play a gig with some  serious older boys who were all of 16 and had a blues band who were actually pretty good. They wanted a keyboard player so I said yes not even having an electric piano.  So I borrowed one and we played  The Young Conservative club in Forest Hill South London…strangest crowd ever, teenagers dressed like middle aged accountants.   I was absolutely terrible , I mean mind bogglingly awful, yet I really enjoyed the experience and thought ok this alright I’d like to do this again.

You have released a 5-song EP, “All The Colours” today (June 16) as a pre-lude to your full-length album which will be released in the fall, why did you decide to release an EP beforehand?

There’s nothing like a deadline to engage and focus the mind and since I have 3 shows out west at The Victoria Jazz Festival, we thought how about premiering new material. Since I didn’t have enough songs for a full album, an EP was the answer and what a great opportunity to bring the songs in a physical form as well as perform them. So I went into overdrive to finish in time and I’m really pleased with the outcome.

Capturing the moment is key in my process and that’s why my iPhone is as important as my piano or guitars.   I usually start with a chord progression and then sing nonsense words that scan well. Without hesitation I capture the elusive muse onto my iPhone. Even if I wait another 10 minutes that moment may be lost. I usually have at least 10 to 15 of these sketches at hand and, over time, hone them into shape casting away at least half.  Then I change gears using a different part of the brain and start to ruminate on lyrical concepts that I would like to explore. I think it was Neil Young who said songs are always out their somewhere, waiting like orphans in space to be adopted by songwriters who are there to nurture and help them along in the world.  Because song writing is so emotional and instinctive I really think we are song capturers or conduits.

Themes of loss, hope, the power of love to protect whether that love is for children, or lost loves, love of a lost country as in my song Resurrected Czar which is also a political comment on the arrogance, vanity of power and violence by some leaders. The song from my first album Hide In the Night is a thinly disguised treatise on the horror of North Korea.  Yet in an outward world of seemingly endless tragedy, there is a world of immense goodness and we can never give up hope of giving acclaim to the spirit of humanity. These are some of the themes and then of course the power of everlasting romantic love.

You worked with Juno Award-winning engineer Lenny DeRose on your upcoming album, how was that experience?

Lenny and I have worked together for over 20 years. I’ve always tried to work with him and he would be my first and only choice as he always seems to bring out the best in my material.  Unlike a lot of engineers who may have technical prowess with Lenny you get that, together with an extremely emotional and honest approach.

Any one who has worked with him will attest to this, a man who conducts as he mixes. Arms gesticulating, face showing every emotion and being completely absorbed, like under some hidden spell. For insecure artists like myself this kind of validation is the invaluable…but he’ll also be the first to tell you he hates something…the honesty is refreshing.

Are there any other people you’d like to collaborate with in the future?

I’ve usually been a solo songwriter but recently I’ve been writing with a good friend who is an Australian called Toby Tyler transplanted to the beautiful Bahamian island of Harbour Island which is only 3 miles long and one mile wide.   I’ve been down quite a few times and worked on songs at a furious pace getting at least 6 or 7 sketches done in about 5 days. There are also rumblings of writing with others but nothing concrete as yet.

You will be performing at the Victoria International Jazz Festival on opening night, as well as two more shows the following day, will fans have the opportunity to see you at any other shows over the summer?

We’re about to book a couple of shows so check out my web site davidkrystal.net for news.  I’m planning to complete the album so my attention is going to be on that, then more concerts at the end of the year.

What can be expected from one of your live performances?

I like to take my audience on a journey with my songs. I always say that dynamics are key, as are unexpected turns, musically. So as do the songs, the show should examine the human condition in ways that are intimate and may have just me on guitar or piano and voice up to full band soaring with unbelievable solos from the brilliant musicians that support me. Passion and emotion is elemental.

Hard to say ..it’s like saying who is your favorite child. At different times it’s been ‘Say You Love Me’ and when we play it live the great George Koller takes an upright bass solo that literally causes some jaws to drop with incredulity in the audience.  Other nights it may be ‘Serene Grace’ or ‘Love Isn’t Wasted’.  I’ve played my new songs ‘Time’, ‘Some People’ and ‘You Don’t Have To’ a few times and I’m really enjoying them.

I’ve always been an enormous fan of Feist her song writing is superb and her voice magnificent.  The same can be said of Lydia Ainsworth who writes like no other accompanied by strings and drums live and her voice seemingly like a modern version of a cross between Annie Lennox and Kate Bush. She was up for a Juno for her first album.  Now, I may be slightly biased seeing she’s my daughter.

If we were to find you on a day off, what would you likely be doing?

Working out, followed by a memoir/diary writing session at my favorite restaurant ruminating on the world. I also love to read and watch movies.

With summer just around the corner, what is your favourite warm weather activity?

Have to say walking is a real pleasure especially in the summer.

I heard a song by the brilliant James Blake called Retrograde used on the HBO or Showtime show called The Leftovers and thought, Wow, would love to have a song on that dystopic tv series. Also hearing Fiona Apple’s opening song for The Affair was also soaring in it’s instant emotional stamp..so to work on that show would be great. I’ve actually composed on quite a few tv shows and films and on occasion written songs as well as scores.

I think it was The Eden Park Hotel in South London and it was Fleetwood Mac, then a blues band with filthy lyrics and, being a young teenager, I thought this was the coolest ever.

I’m often surprised by the impact of my songs and it’s just an absolute delight to know I’ve touched some of you out there and how genuine their love for music is. Thanks and love to see you at a show.