By Remington Fioraso on June 15, 2015@https://twitter.com/RemingtonFD 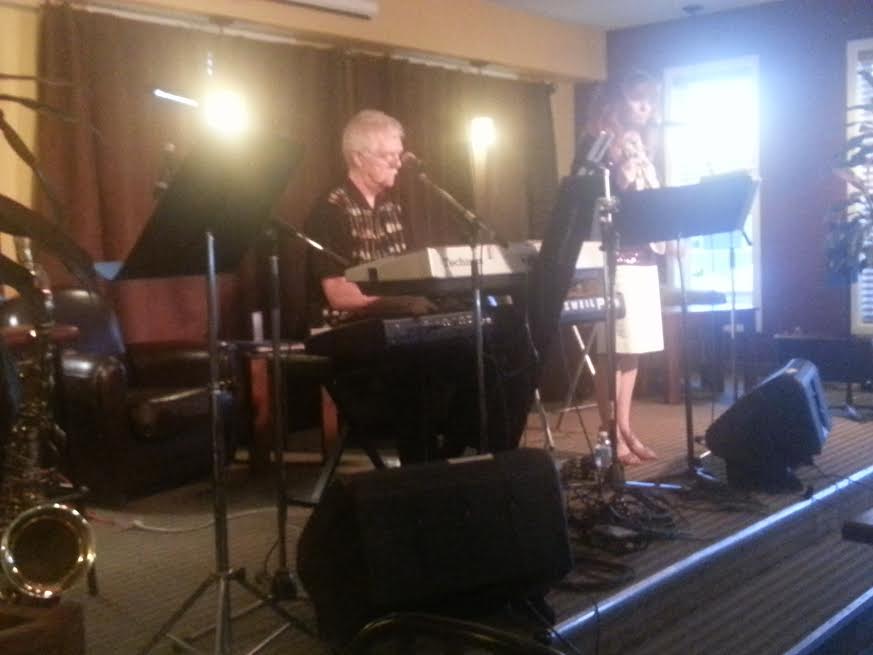 Based in Maple Ridge, Red Velvet Music is a musical duo consisting of Darrell Swanson and Katherine Grefner.  I saw the duo perform at the House of James in Abbotsford, BC on June 13, 2015. The show was the second to last in the first half of the 2015 Envision Financial Coffee House Concert Series.

It was my first time at the venue, as well as the first at a cafe seeing a band play.  It’s a more relaxing and chill atmosphere than what I am used to.  It’s simply listening to and enjoying the music, hanging out and conversing with others while having coffee/food (and gelato!).

I really enjoyed hearing Red Velvet Music play.  They played two sets.  Included in their setlists were covers of “Over The Rainbow,” “Just Haven’t Met You Yet,” “I Got The Music In Me,” and “On Broadway.”  Pianist Darrell Swanson and vocalist Katherine Grefner perform well together – both are talented and complement the other’s craft.  Overall, a good night!