Countdown to MANITOBA AT NXNE – Interview with The Crooked Brothers 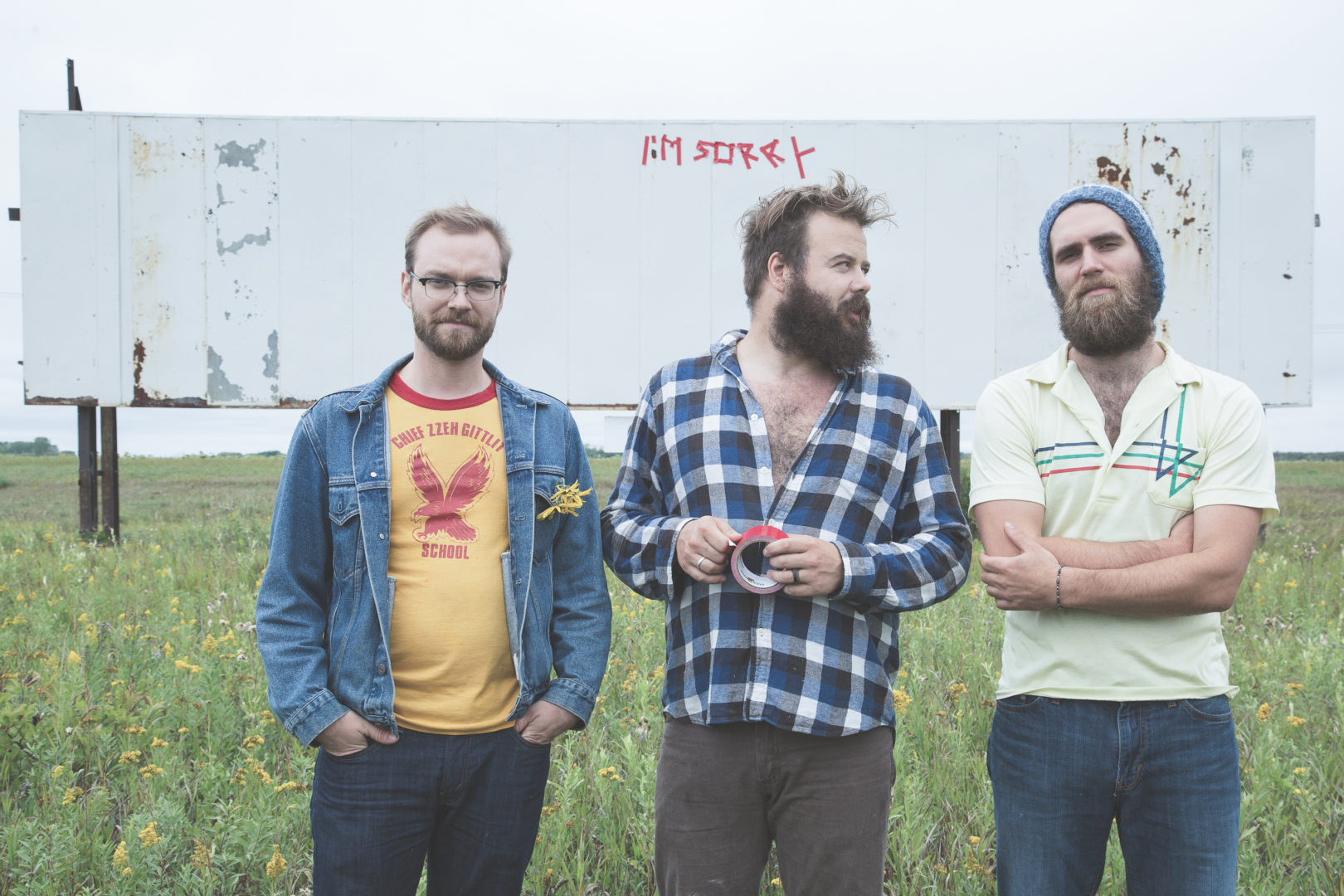 On June 18, 2015 Manitoba Music is hitting the NXNE at the Rivoli in Toronto. We thought it would be fun to countdown to this event by interviewing four of the bands, starting with The Crooked Brothers. The band is made up of Darwin Baker, Matt Foster & Jesse Matas, all three of which are songwriters and multi-instrumentalists. If you’re in Toronto on June 18, you should head down to the “Manitoba At NXNE” showcase. I’m sure you won’t regret it, but until then, find out more about The Crooked Brothers from the interview I conducted with Matt Foster.

I met Darwin on an empty dance floor in Montreal.  I met Jesse up on a half-shingled roof.  These days, the dancefloor is long since gone but the roof’s still there, keeping out the rain.  We all formed the band between meals, really. We’re eaters. A family that eats together stays together, right?

If you read “Ironweed” by William Kennedy, you’ll come across the word ‘crooked’ a few times. You think you know all the meanings of a word, and then someone comes along and shines another light on things.   It was dark and evocative, and came along at the right time.

When anyone reaches out to support us, it feels like such a gift. Whether it’s someone taking an album home, or coming to a show, or giving us a couch to crash on. It’s all what makes any of this possible.  When people like Manitoba Music go out of their way to present us to the industry, they’re saying a lot by endorsing our music like that. Not everyone gets these kinds of opportunities.

Get in the van! Hit the road. Get rid of your bills. Keep the rent low. Learn how to cook rice 100 ways. Be a good guest. Be grateful. Be a good listener. Drink lots of water. Keep your tires at the recommended PSI.  Get some earplugs. Stretch. Floss. And homebrew.

Actually, I am fascinated by the idea of bands deciding to keep themselves and their music off the internet. I think there is room for that, and room for success. Of course, it would require being seriously creative.  But that’s exactly the point, isn’t it? It’s good to remember that there are other ways of doing things, other ways of connecting with one another. Bring back the poster! The handbill! The mixtape!

We’re doing a house concert in Perth on June 20th, and we’ll be at the Montreal Folk Festival on the 19th and 21st. Beyond that, we’re off to BC, Alberta and Manitoba for the summer. Germany, Austria, Switzerland in the fall.  Come see us in Zurich!!!

Just an enormous thank you. And maybe, if anyone out there has a garden on the go… I would do almost anything for a couple of homegrown tomatoes while we’re on the road. Just saying.