By Lindsay Newman on June 12, 2015@https://twitter.com/lindsaynewman_ 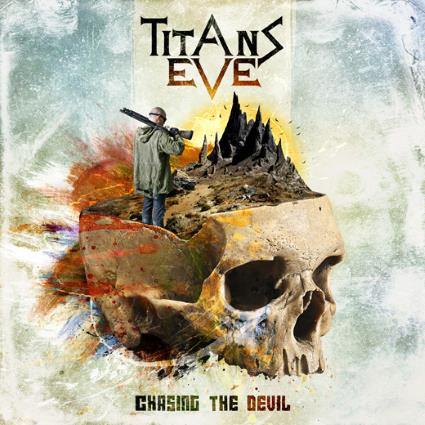 Vancouver metal band are in the process of releasing their new album “Chasing The Devil”. The band formed in 2008 and already have two albums released.  The band started to get their huge fan base in 2011. Titans Eve is, Brian Gamblin (guitar and lead vocals), Kyle Gamblin (guitar and vocals), Jesse Hord (bass) and Casey Ory (drums).

The album started off with their track “We Defy”. At first, I wasn’t sure what to think of the track but the further I got through the song the more I began to like it.  The whole album is catchy which, will bring in a huge fan base in the metal scene.  The band has their own sound and that makes them unique and I really enjoyed that about the album.

One of my favourites on the album is “No Kingdom”. I thought the track was very unique and really showed off the bands talent. Even if you’re not a metal fan I would suggest checking out the album.