By Remington Fioraso on June 11, 2015@https://twitter.com/RemingtonFD 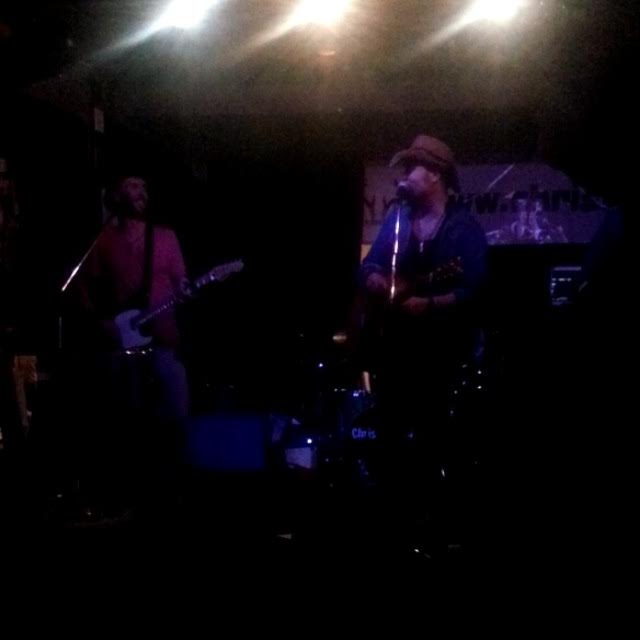 The Chris Buck Band is a country/reggae band from Vancouver, BC. Last year, the CBB released their debut album entitled “Buck Wild” featuring the singles “Caribbean Dream” and “The Ex.”

I had the opportunity to see the group again at Woody’s Pub in Port Coquitlam on June 6, 2015.  The line-up of the night consisted of Chris Buck, Philip Puxley, Michael Vanderlans, Paul Kinman, and Taylor Allum.

The setlist included covers of Blink 182’s “What’s My Age Again,” Kesha and Pitball’s “Timber,” and The Backstreet Boy’s “Everybody (Rock Your Body)” among others.  Other stand-out tracks in the set list include their single “Caribbean Dream” from their debut album and new song “Sometime in the Summertime.”

In addition to playing, the show gave the band an opportunity to raise money for their first radio tour starting on June 14th in Medicine Hat and concluding on June 24th in Ottawa.  Individuals were able to win prizes like copies of Buck Wild, t-shirts, an opportunity for the band to play at a barbeque, and more.

The Chris Buck Band continues to be one of my favourite bands to see play live.  I enjoy the songs they include in their sets. They simply put on a killer show.

If you have yet to see them play, I highly recommend doing so when you get the chance to.  It is worth it!