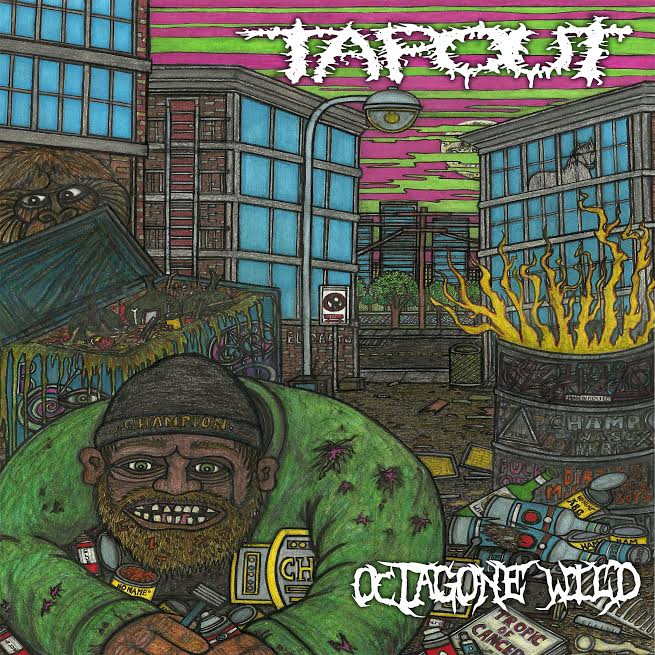 Thunder Bay hardcore heavyweights, Tapout are back and this time they’ve come out swinging with their new album Octagon Wild. The album tells the dark and often violent vigilante life of an out of luck MMA Fighter, serendipitously named “Hit Machine”. But you’ll have to listen to the record yourself to find out how the story progresses.

The album plays like a spin kick to the mouth. Thrashy riffage and hard punchy drums give the album an immediate punk rock feel, oddly reminiscent of the casualties if they all had a serious steroid addiction. The vocals are harsh and violent, playing in perfect paradoxical opposition to the often satirical and violent lyrical themes.

Recorded at Dining Room Studios, with jack-of-all-trades, Dave Angell.  Tapout has seriously ramped up not only their intensity, but also the aggression and it comes as no surprise that the UFC has agreed to license music from the band in the past. Play this album and I guarantee a mosh pit!!!