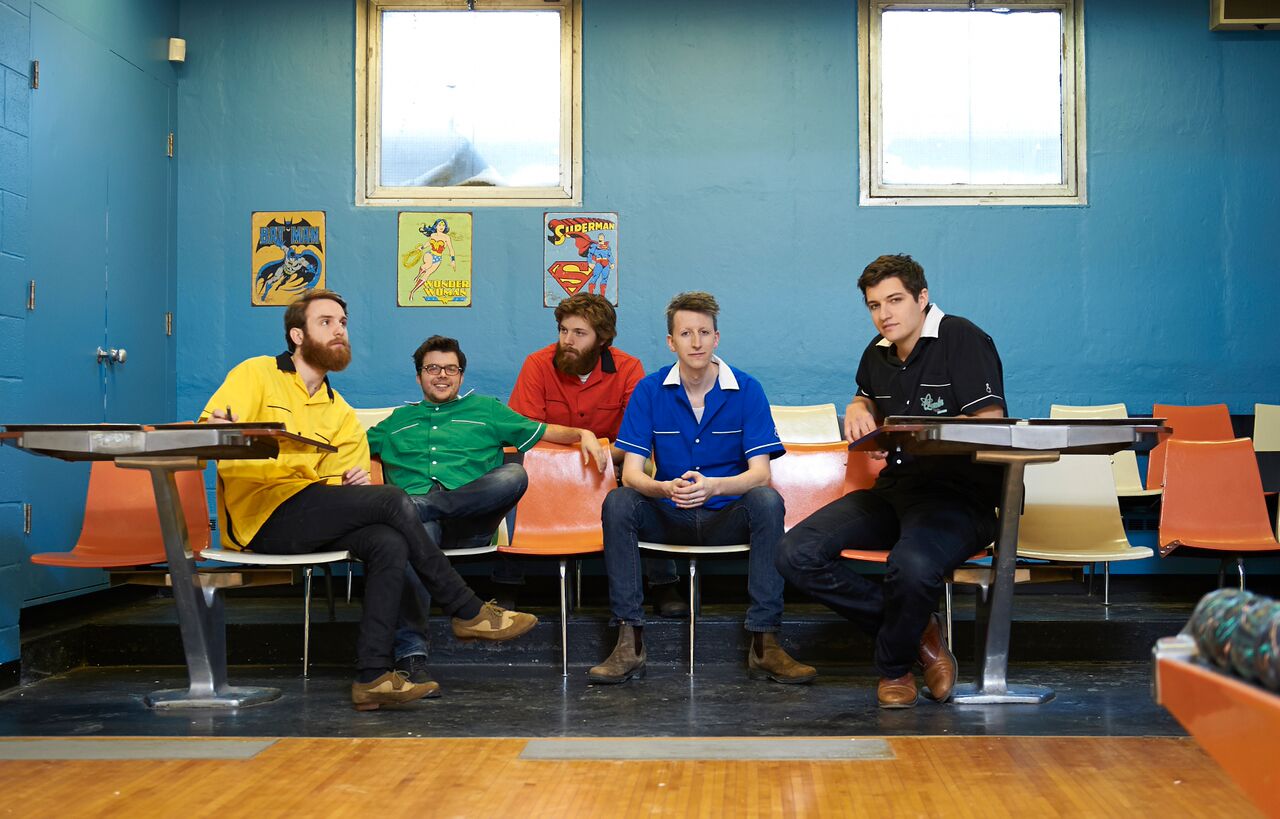 Toronto folk quintet, Union Duke is about to embark on tour dates across Eastern Canada, and are also currently working hard on new material for their next album. The band took some time out of their hectic schedules to answer a few questions for us. Be sure to read below to find out more about this talented Canadian band, and also check out the tour dates to see if you can make it to any of their shows:

When did you meet and form the band?

How did you choose the name, Union Duke?

We get this question all the time and we don’t really have an answer. We had a long list of words that we felt reflected the music we wanted to play and somehow we wound up on Union Duke. It’s not taken by any other bands and it’s easy to Google, so we stuck with it.

We have pretty eclectic taste, so that would be a hell of a long list. I think we all got into the music our parents listened to at a pretty young age and then branched out from there. We all got into John Hartford’s “Steam Powered Aereo Plane” when recording our first album.

You released your album, “Cash & Carry” last June, how was the response from your fans?

It was great! Our album release was our biggest show to date at that time. The response has incredible.

You are currently hard at work on your next album, and have released two singles, “Set Me Off” and “Country Road” at the end of last year, are these to be on your upcoming album?

Between every album we release a little two song EP. We all write for the band, so we have a pretty big backlog of material. They won’t be on the upcoming album.

Do these two songs reflect what we can expect form the forthcoming album?

I think the upcoming album will be a continuation of the themes reflected in those songs. We’re in the very preliminary stages of working on the album. We’re looking to expand our sound a little bit, but a lot of the sound comes out of the recording process.

We all write songs individually and then take them to the band to workshop. We try to be picky about which songs we play. We’ll workshop every song, but if we feel the song isn’t a fit, we’ll drop it and move on to the next one.

Speaking of the album, when can we expect more information on the release date?

We’re working on a ton of material and we’re touring into late September, but we’re hoping to have the album together by early 2016.

You will be kicking off a string of tour dates on June 5 throughout the summer, including dates in Ontario, Nova Scotia, PEI, NB and Quebec, do you have any plans for touring the rest of Canada?

We’re working on finalizing our West coast tour dates. They’ll be posted to our website in the next few weeks!

How would you explain a live Union Duke show to someone who has yet to see you live?

We try to keep our shows as high energy as possible. Expect a lot of drinking and dancing.

What is your favourite song to play at your shows?

I think it changes depending on the crowd. All of our songs have been a favourite at some point. Generally we get excited about our newer songs or old songs that we’ve added a new part to.

There are so many great bands in Canada right now. Blue Rodeo, Matt Mays, Zeus, Bahamas, Sheepdogs, and Mac DeMarco are some big names we’re into, but there are also a ton of up and coming bands we play with that deserve more attention. Stonetrotter, Young Running, Sun K, Jane’s Party, Sad Boys Glee Club, Jackets, Real Ponchos, and Alyson McNamara to name a few.

Rob: John Hartford – Take Another Little Piece of My Heart

Rob: Little Dragon (with his girlfriend… he doesn’t like that band)

What is your favourite cool treat on a hot day?

If you were to put together a festival, which other Canadian bands/ artists would you want to take part?

All of our favourites!

Thanks for liking us! Come to the show on Friday at Lee’s Palace or check us out in your home town. Bring your family, bring your friends, bring your enemies!