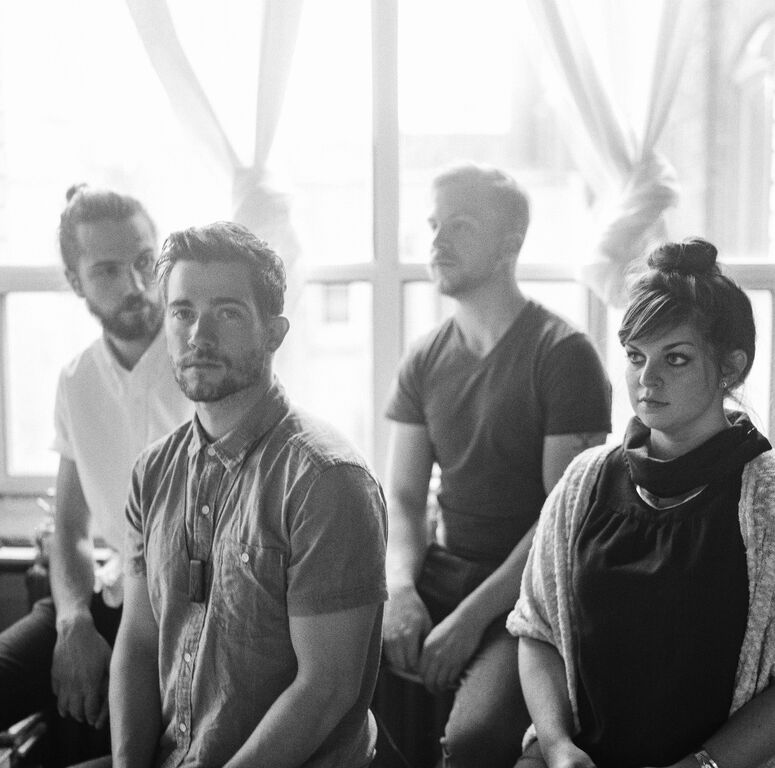 Toronto based alt-pop band, HIGHS have been keeping busy, hard at work on new music, and of course preparing for a summer of festivals, including Burlington’s Sound Of Music and FredRock, along with much more!

I had the opportunity to ask the band a series of questions about their background, their upcoming dates, and so much more. I recommend you keep reading to find out everything you want to know about ultra talented Canadian band.

You released your debut EP in 2014, how was the reaction from your fans on this release?

The reaction has been really surreal.  We didn’t release the EP with many expectations and from it we were able to play shows and festivals throughout Canada, the US and the UK and tour with bands that we would go see in concert a few years ago.  It’s been unreal.  The support we’ve had from fans, blogs, the CBC, etc. has really helped us achieve things we never imagined we would with a debut EP.

You are currently hard at work on new music, has your sound changed since your previous release?

Yeah, the sound has definitely changed.  Not that we’ve abandoned the old sound but more in the sense that the new songs we’re working on encompasses much more than those on the EP.  I think change is inevitable and as a band we aspire to develop our sound and push our songwriting in new directions.  It’s more interesting for us.  Who wants to listen to or play a record that sounds the same as the one before?  We don’t!

You released a music video for “Mango” in January of this year, what was the highlight of this video shoot?

The highlight of the “Mango” video shoot was just sitting back and watching it all come together.  We had a lot of in depth conversations with the director Keenan Williams (http://www.keenanmac.com/) about the vision for the video and we knew we didn’t want the video to be focused on the band so we got to stay out of most of the filming process.  She’s awesome so it was fun to sit back and watch her bring that vision to life.

You will be playing a variety of festivals throughout the summer, is there a certain date you are more excited about?

We’re excited about them all but for different reasons.  We’re playing WayHome in July and the fact that it’s the festival’s first year, that it’s in Toronto, and that we’re playing alongside friends and other awesome artists makes it really exciting.  We’re also playing festivals like Wolfe Island Music Festival in Kingston and Rifflandia in Victoria – festivals we’ve always wanted to play as a band, so that’s exciting as well.  There’s something special about every festival you play.

What can fans expect from a HIGHS show?

We really enjoy playing the music we make and I think that comes across at our live shows.  There’s a natural energy that is both captivating and contagious when you put yourself completely into playing your songs live.  We strive to do that every show we play.

When can fans throughout Canada expect a full tour?

Once we release this new record we’ll be touring all over the place.  At least that’s the hope.

This is always a funny question.  Our favourite song to play also tends to be the newest one.  New songs are always fresh and exciting.

If you were able to head out on tour with any other Canadian band, which would you choose?

There are so many amazing Canadian bands right now which makes this a mildly difficult question.  It would be awesome to tour with Half Moon Run.  We’re also really into what Weaves is doing right now so add them to the list as well.

Here at Canadian Beats we like to include a small portion of questions that may help your fans learn something new about your, so here goes:

What was the first song you ever performed live in public?

A song that we quickly stopped performing live in public.  I don’t even think it had a name at that point.  To be honest, it still doesn’t have a name.  It’s hidden deep in a folder entitled “demos” on a broken external hard drive somewhere.

We went to see our friends in Clor play a show in London while we were in the UK.

If you were to put together a festival, which other Canadian bands/ artists would you want to share the stage with?

I don’t know if we’d be the best festival organizers.  Mainly because we’d be less focused on the sale of festival passes and more on curating a festival consisting mostly of our friend’s bands.  One thing though,  I can promise you it’d be really good.

I think between us we have about 20.  They’re all different styles and are from all over the place.  There are definitely a few weird ones with some interesting stories behind them.

If we were to catch up with you on a day off, what could we find you doing?

Playing some pick up ball aka hoops aka basketball.  Baseball could also be applicable.

Say hello to us.