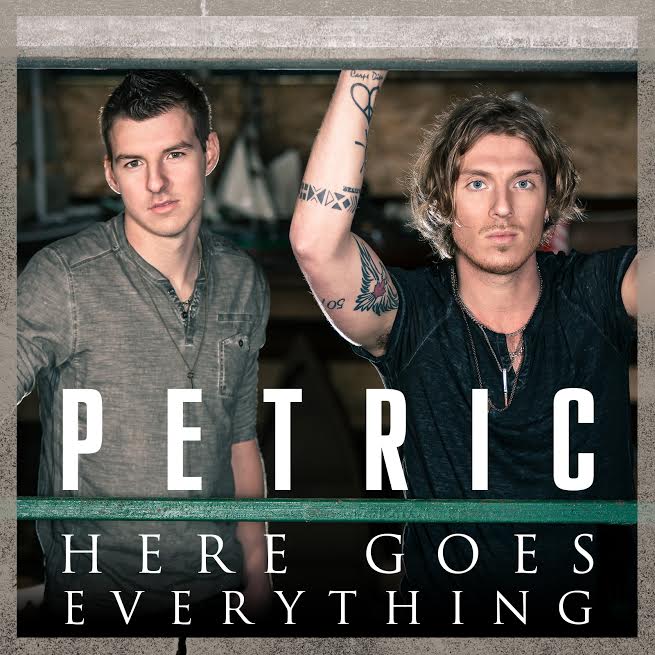 I recently had the chance to ask Manitoba based country duo, Petric a few questions about their background, being signed with Steelhead Music and much more. If you are a country fan, this is one interview you don’t want to miss out on, these guys are going places!

We both started playing guitar and singing in our early teens. Like most kids, we dreamed of being “rockstars”. Once we got out of High School, and we had to ask ourselves the question of “what we want to do with life”, we realized it was music.

What is it like forming a band with your sibling?

It’s never boring. Were much stronger together, than we are apart. There are times where we butt heads, and get at each other. But we also have each others back better than anyone else.

You were recently signed to Dallas Smith’s new label, Steelhead Music. How does that feel?

It’s a very exciting time for our team, and family. We’ve worked really hard for many years, and just to get some recognition from such well respected people in this industry – it makes us feel like we’re doing something right.

You are currently working on your debut release, what can you tell us about the writing process on the upcoming album?

We’ve been writing, and demoing songs for about two years now. We’ve also been pitched a handful of amazing songs for this project. Our attitude as a team is BEST SONG WINS, so were going to have a few songs from us, as well as other writers on this album. Were really excited about how it’s coming together.

You are travelling back and forth to Nashville, where you are working with hit writers and producers, is there anyone you’d like to work with in the future that you have not had the chance to work with yet?

There are so many writers out there. It’d be really cool to one day get a chance to write with Tyler and Brian (BK) from Florida Georgia Line.

You released your debut single, “Here Goes Everything” to iTunes on May 21, how has the response been so far?

Great. Nothing but positive feedback from everybody. Radio, the industry, friends, family. People seem to be digging it, which is awesome.

Will there be an official music video released for “Here Goes Everything”?

We’ve recently been working on a live acoustic video. We just saw the finished video the other day and it looked great. So keep your eyes peeled for that one!

You have some tour dates coming up this month,  when can the rest of Canada expect to see Petric coming to their city?

Hopefully sometime within the next 12 months we’ll get to travel across Canada again. We were fortunate enough to go across Western Canada with Dallas this past winter. I think once we have the album finished, we’ll plan to get out and see everyone.

You have opened for many great Canadian artists, such as Doc Walker & Gord Bamford, if you were able to tour with any other Canadian artists/ bands, who would you choose?

We’ve been big fans of The Road Hammers, and Paul Brandt for as long as we can remember. Our first concert was Paul Brandt when our parents took us to see him on Canada Day here in Winnipeg. So that would be really cool…Of course, I’d be great to tour with Dallas and the boys again. They’re a hoot.

Here at Canadian Beats, we like to include a series of questions that may help your fans learn something new about you, so here goes:

What was the first song you ever performed in public?

You’ll Think of Me – Keith Urban

How do you spend your days off?

Working hahaha… no joke. When we’re not doing music, you can probably find us working at our day jobs. We both play hockey as often as we can. Tom is also a bit of a gamer when he can find time.

If you were able to travel anywhere to perform, where would you choose?

Hawaii. Do we need to explain why?

Tom has an eagle on his chest. Jason is covered in tattoos. He has a Marlin on his forearm, hawk on his bicep, script all over. Tattoos are addictive.

If you were able to put together a festival, which other Canadian bands/ artists would you want to share the stage with you?

We’ve recently gained a lot of new followers on our social media platforms, and it’s been great interacting with everyone. Hopefully we can keep that up, as you guys make it sooo much fun. We’ve also had some long time followers and fans, who are the reason we were able to keep on truckin’ when times were tough. And being where we are today with the label and the single, we feel very lucky to have had you all behind us. We’re just getting started!!!