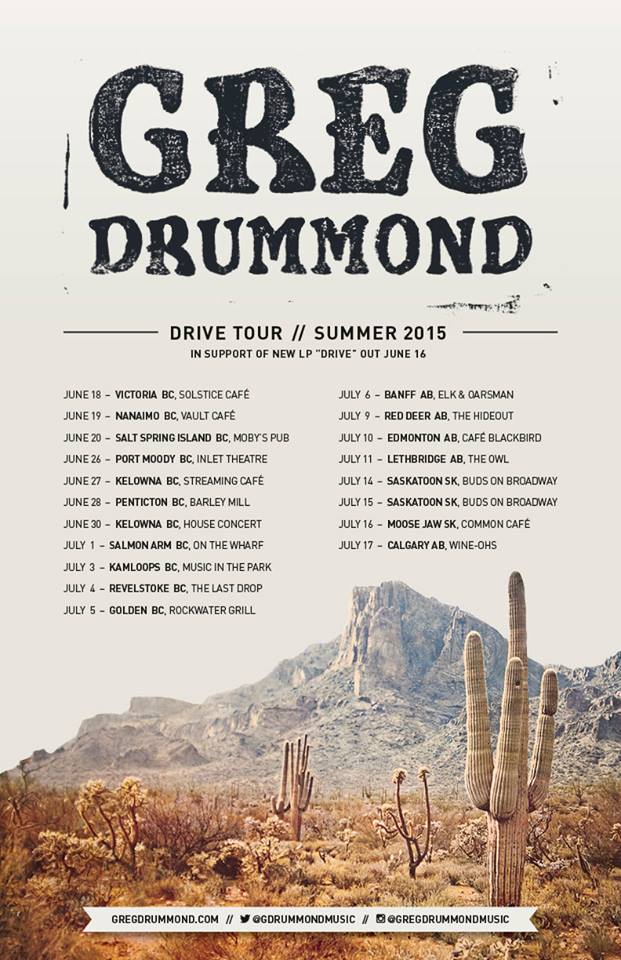 BC based folk artist, Greg Drummond has released a brand new video for his newest single, “Our Time Is Now’ which is off of his upcoming album, “Drive” which is set to be released on June 16. Keep an eye out on Canadian Beats for our pre-release review to come on June 14! If you want to learn more about Greg, you should also check out our interview with him, HERE!