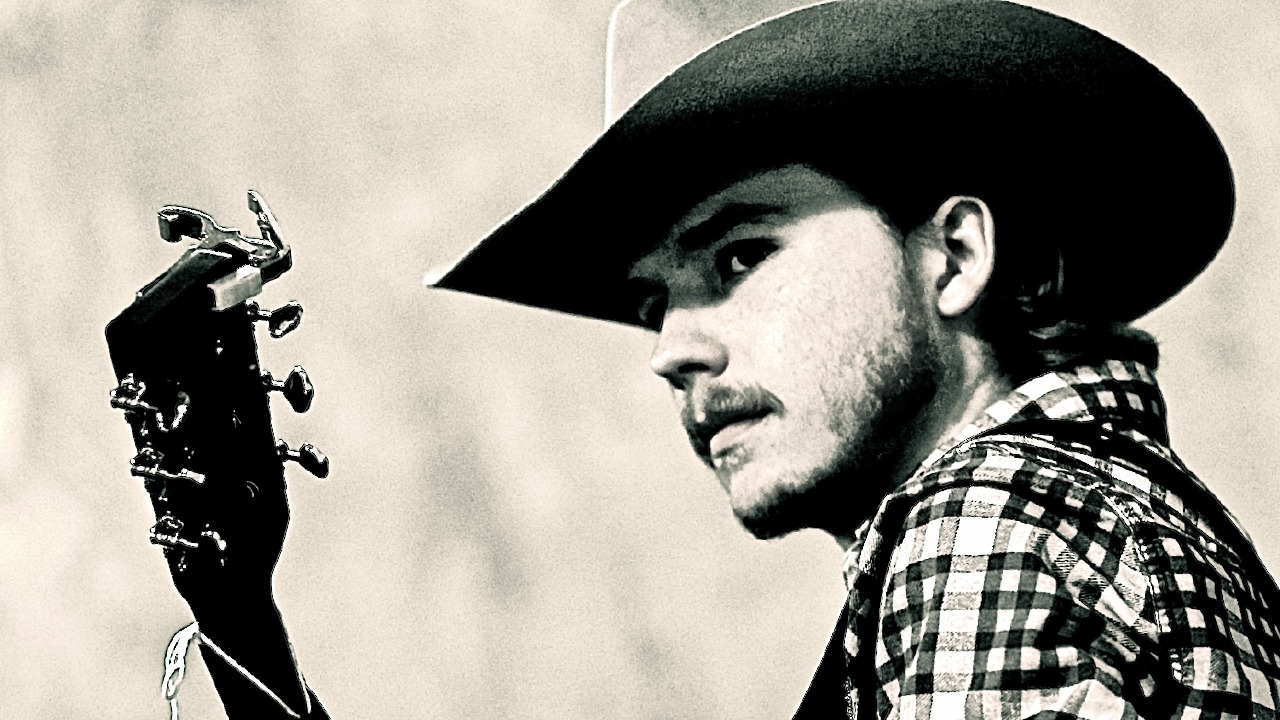 We had the chance to ask this rising Canadian artist a selection of questions about his career, his influences and lots more; so keep reading to learn more about Colter Wall.

At 19 years old, you are doing great in the music industry; at what age did you decide you wanted to pursue music as a career path?

Well ever since I was 13 years old I’ve dreamed of being a musician and making that my career, however it wasn’t really until this year that such an opportunity had made itself even seem possible at all. I had always planned to independently release some records and play as many shows as I could but I was usually under the impression that it would be something I did on the side. Now with everything going the way it has been and all these things happening so quickly it’s clear to me that a career as a songwriter/performer is very much possible. So I’m incredibly excited and happy to be pursuing it.

Have you always been drawn towards the Americana/ Roots genre or did you try out different genres before heading in that direction?

I’m into a lot of different kinds of music. Obviously as you grow as a person your interests change and that’s reflective in music I think. When I first picked up the guitar I would’ve been around 12 or so and all I wanted to be at that time was a guitar player in a rock n’ roll band. And of course the more you dig into the history of rock n’ roll the more you’ll start to learn about blues music. So by the time I was in high school I was just obsessed with the blues of all kinds, Chicago, Texas, you name it. As I got older I was really drawn the older grittier delta and folk style blues and from there I starting diving into to traditional folk music and the like. By this point I’d become less interested in being a guitar player and more interested in writing songs. I like to consider myself as something as a music historian which I reckon has a lot to do with my affection for roots and Americana but at the end of day it’s the raw honesty and authenticity of that kind of music that really draws me to it.

Tough question. There really is so many! I can say that my favourite songwriter and thus one of my greatest influences and heroes is Townes Van Zandt. No one could write songs like that man and no one ever will.

Well that’s a question to which the answer seems to frequently change in the sense that my songwriting process is never the same twice. But I suppose there are variables and constants in my songwriting process and inspirations. I draw a lot from my imagination in the way that any story teller might. I think Steve Earle said that “Sometimes (when writing) you make shit up because reality doesn’t always rhyme” or something like that. I believe that’s true, however I think it’s also imperative to constantly draw inspiration from experiences and heavy emotions felt in your own life. If you can combine a broad imagination and ability for story telling with your real life experiences and deep set emotions and pull it off, I think you can create something really moving.

Pretty humbling as well as honored to be included amongst such good company on that list. This Province truly has no end of musical talent and the best part is how welcoming everyone in the music community is.

Your debut EP was released on June 2, what was the recording process like on this EP?

It was a trip making this record. The whole thing seemed to come out of nowhere being that I had no preconceived notion of recording anything over the year let alone recording in Studio One with Jason Plumb producing. Jason sort set up a trial session at the studio in January after coming to hear me play at a show in Regina. The two of us got along pretty well and had a mutual excitement to be working with each other so we decided to try to make an EP which is something I had wanted to do for a while but wasn’t able to. I owe a lot to him in that he really was a massive help in the making of my first ever record and beyond that he’s believed in my stuff from day one and has taken up sort of a management role with me. Not to mention he signed me to his label Windrow Ent.

You released your first single, “The Devil Wears a Suit & Tie”, what made you decide this track as your debut single?

Between Jason and I we never actually planned to single any of the songs until we started getting some demand for radio play. The Devil Wears a Suit and Tie was the first song that we recorded together so it was ready before most of the other tracks were. Moreover, it was kinda the one song that got me thrown into the whirlwind that has been these last few months. I wrote it last summer and included a rough version of the tune in a series of demos I recorded on my own in the fall. It was these demos and predominately this song that started to get me some attention in the local music scene and thus landing me in Jason’s studio and good graces. So it seemed like a good fit for a single.

For the readers that have yet to hear your music, which song on “Imaginary Appalachia” would you recommend to a new listener?

Well I think the first track of the EP really starts the record on the right foot. The song is called “Sleepin’ On The Blacktop” and it’s a bit of a foot-stomper.

You started off on a string of tour dates throughout Canada on June 4, what can fans expect from a live show?

Well I do a pretty stripped down live show, which suits the kind of music I play. On stage I bring a kick-drum on with me with a tambourine taped to the back of it. The way it works is I stomp on the drum whilst playing acoustic guitar and every now and then a banjo or mandolin. The record in its self is pretty stripped and true to form in that we did a lot of it the same way I perform live so if you’re a fan of the way the songs on the EP sound then you’ll love the live show!

Another really tough question. The Devil Wears a Suit and Tie is usually a good time to play live because there’s some fun blues licks that I get to mess around with and the melody sit’s in alright. I like to throw some covers in my live set amongst my originals. There’s actually one track on the record that’s a cover of a Townes Van Zandt song called “Nothin.” Playing that tune live is always a favourite part of the set for me because of how much a love Townes and really sad songs. On the other hand I also do a cover of a White Stripes tune called “Hotel Yorba” which is pretty up-tempo and feel good. That one’s always fun.

My favourite Canadian band and favourite band of all time is actually The Band. I guess they’re not 100% Canadian being that Levon Helm was from Memphis, but Robbie, Rick, Garth, and Richard were all Canadians. Love those guys.

If you were asked to give a new comer to the music scene a few pointers, what would you tell them?

That’s interesting question being that I’m a newcomer myself. I guess I’d say just do as much as you can to get involved your local music scene and community, make as many contacts as you can and follow up on all of them. It’s a lot more work than you might think especially if you’re self-managed so buckle down and if you decide you’re gonna go for it than really go for and work your ass off.

Here, at Canadian Beats we like to ask a series of questions that may help your fans get to know something new about you, so here goes:

I think AC/DC believe it or not. I must’ve been no older than 14.

If you were able to put together a music festival, which other Canadian acts would you want to share the stage with you?

If you were asked to perform a cover song, which song would immediately come to mind?

Don’t have any yet cause I’m too broke at the moment. Looking into getting one next year.

Either Deadwood, Hell On Wheels, or Justified. The Walking Dead would be pretty great too.

What is the one thing you cannot leave your house without?

A good pair of boots on my feet.

Thank you so much for your undying support and your friendship! Without you guys this record wouldn’t exist amongst many other things.