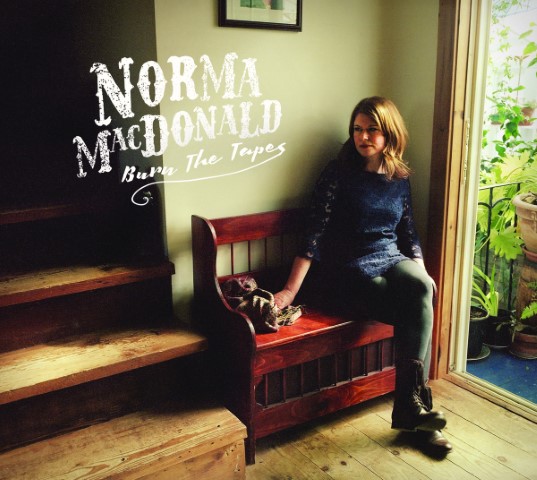 Nova Scotia based Americana/ Folk artist, Norma MacDonald is about to release her fourth album, “Burn The Tapes” on June 9, after recording it over 13 months in rural Upper Musquodoboit, NS. She is the sole producer on the album, which is something new for the singer/songwriter, and she does an amazing job.

The album starts with “Company” which gives off a country vibe mixed into the folk sound. This song pulled me in instantly and I wanted to hear more. Each song is as good as the last, but they all sound slightly different. The eighth track, “Accidental Guest” has to be my favourite, it carries along the folk sound, but mixes in a pop and country sound which piqued my interest.

‘Burn The Tapes’ closes with another track that had me interested immediately. “Hard To Get Back” focuses on Norma’s smooth vocals, and I found myself singing along. The lyrics have a way of pulling you in and that takes pure talent.

Norma has an undeniable talent which is portrayed fully in this album, and I highly recommend you give it a listen, you may just find a new favourite album.