By Remington Fioraso on June 6, 2015@https://twitter.com/RemingtonFD 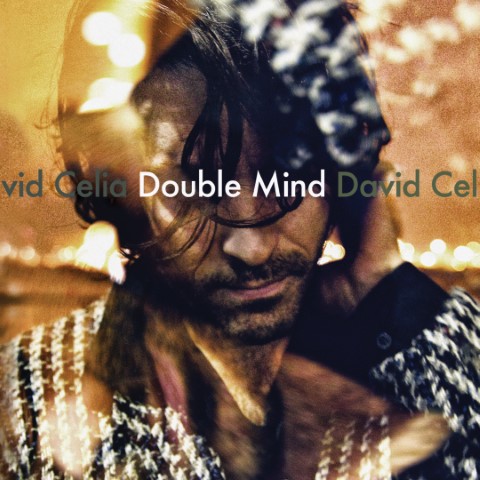 David Celia is a folk/rock/pop artist from Mississauga, Ontario.  On June 2, 2015, he  released his fourth solo record entitled “Double Mind” featuring the singles “The Grind” and “Thin Disguise.”  He also held an album release party at the Great Hall in Toronto on June 4, 2015.  I had the opportunity to conduct an email interview with David to find out more about his upcoming release.

What, or whom, inspired you to pursue music?

My older brother and older cousin got me into playing music. I also had an uncle from Croatia that played electric guitar through a huge Simm-Watts cabinet amplifier. He wrote his own songs and later was “diagnosed” with Schizophrenia. I also used to sing with a very high voice at a young age in the car or in the kitchen. The ability to do what I love and help people feel good is what inspired me to do music in the end.

What would you consider to be the biggest change between your first solo record versus your fourth, ‘Double Mind?’

I’ve evolved yet again. I’m also able to better visualize the final arrangements/mixes before they are done and know my way around the studio more now. I’ve also started working with Andy Magoffin (House of Miracles) as an engineer which has doubled all cool ideas.

How was the recording experience for ‘Double Mind’?

It was piecemeal at first as usual but half way through I worked at The House of Miracles pretty regularly. Having my Cameron House Friday 6-8pm band (Cleave Anderson on drums, Tim Jackson on bass) in the studio made for more full-band live recordings on this album. I still added a few overdubs but the core is more together. I rather enjoyed making this record except for the times where it just felt like work and I wasn’t in the mood to do it. But having kids leaves you only little time and you just gotta do it even when you’d rather be outside on a sunny day.

What was your favourite aspect of filming the ‘Thin Disguise’ music video?

My favourite aspect of filming this video was just having plain old family fun with my 3 kids. We didn’t really think we’d post anything. It was just a home video and we laughed quite a bit throughout the making of it, which only took about 45minutes. Good fun.

What surprises do you have in store for your album release party to be held on June 4, 2015?

Well there goes the surprise but Ariana Gillis will be singing on the title track as she did on the album. Our band is generally a 3-piece at the Cameron House but for the release show we’ll be joined by Jay Swinnerton on keys/vocals and also Burke Carrol on Pedal Steel guitar. The other latest surprise is that Devon Cuddy is now doing a short solo set before the Ferraro at 8:45pm. The venue itself is a Gem so if you haven’t been there, you’ll definitely enjoy the vibe/acoustics.

For those yet to listen to your music, do you have any recommendations for where they should begin?

I’m always for listening to each album all the way through. Then go backwards and forwards as you please. Going backwards is always the “funnest” for me for some reason. Same thing when I scan a book or a magazine, I always start at the back and flip through to the front…must be a old world thing still in me. One could listen/watch the song “Evidently True” then skip to “Plain to See” so that they can get a sense of the diversity in my songs.

In traditional Canadian Beats fashion, here are some fun questions to help fans get to know a bit more about you…

Curb Your Enthusiasm, The Extras, Portlandia, Kids in the Hall, SCTV, NOVA, WKRP

Who are your favourite actors/actresses?

I quote my Irish friend who lives in London (Corneilius Crowley): “Do what you love, it’s your gift to Universe”. I’d also like to add “Improvise things more. That’s when some of the best things happen”.