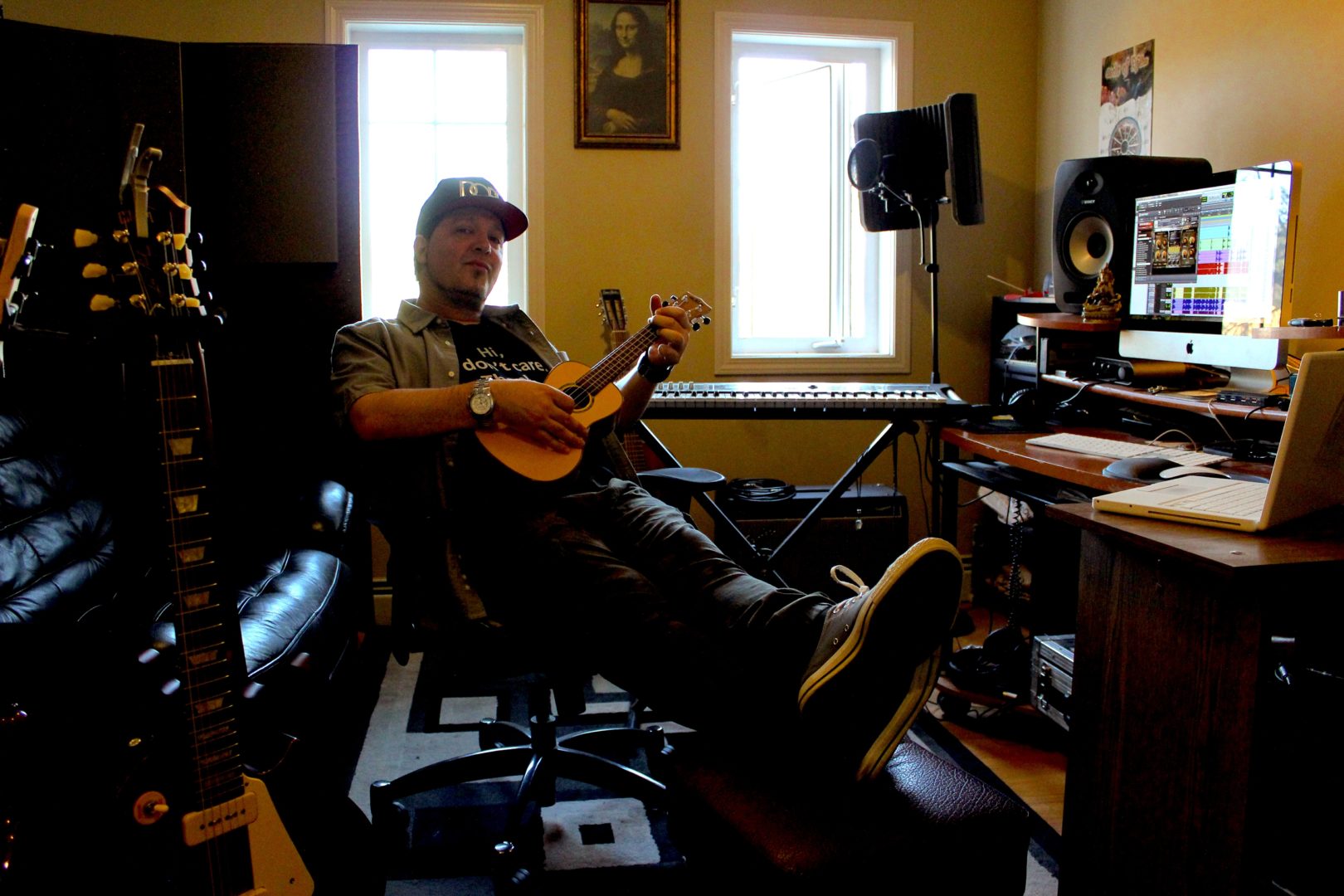 Steve Marshall is a name you may or may not have heard before. He was one of the original members of Marianas Trench before departing in 2003, and since then has worked as a co-writer with various artists including AJ Woodworth, Jessica Lee, and Girlicious. He is also now a producer and a music teacher. Wearing many different musical hats he has an interesting insight into the music business. We had the chance to ask Steve a few questions about what his experience in the music industry has been, advice on how to get through it all, and more.

Who are some of your biggest inspirations/influences?

I have many influences, I’m a huge blues fan, Sonny Boy Williamson, Muddy Waters, Robert Johnson, Howling Wolf, plus guitar guys like John Frusciante, Tom Morrello, Dave Genn, and as cheesy as it might sound, the Ramsays lol. All of em, they’re all great musicians with sassy senses of humour.

Do you prefer writing, producing, or teaching music more?

That’s for sure an “all of the above” answer. I enjoy music and find myself feeling extremely grateful to be able to do it for a living. I might say that teaching is the most challenging though. I have a few super talented students, and to find the best angle that will benefit the student, constantly pushing them while keeping it enjoyable is a very stimulating challenge.

Why did you decide to go from writing and performing music to producing and teaching?

It’s more just the performing I don’t really do. That’s for young guys lol. I still write and co write music on the regs, as well as produce. As far as teaching music goes, it’s about the most fun a guy could have. As long as I can do something related to music, I’m pretty happy with that.

You were a judge on the Landmark Canada New Artist Showcase, who were some of the best acts that played the stage, in your opinion?

There were lots. The Rejects, The Outer, Pushing Daisy, Alkatine, Open Air and Lyka Fox all stuck out to me. I was kind of surprised at how many talented acts I saw in Calgary, Alberta of all places. There seems to be this misconception that all the talent is in Toronto or Vancouver, but I saw first hand how many hard working original acts there are in Alberta. Canada is just a cesspool of talent. Can I say cesspool?

What do you think it takes to become one of the best?

Great songs. Yea you gotta get out there and play to hone your craft, but to really take it to the next level, the songs have to be there. Melodic hooks, clever lyricals and I suppose it doesn’t hurt to have a cool look. I’ve seen mediocre bands with perseverance for decades that do finally get their 15 minutes, but if you want to be legit successful, write great effin songs, period.

Is there anything you look for when working with new bands and artists?

Again, I want to like the songs, I want to want to work on them and make them as good as possible. It’s hard to get behind them when they’re balls. I hate to say it, but more often than not bands don’t have as many kick ass songs as they should, or as they think they do. That’s ok as long as they are open to seeing where improvement is needed.  At that point, a  group’s personality and chemistry play a bigger part. I bet even U2 are told their songs can be better at some point by someone, like Daniel Lanois or Jimmy Iovine says, I don’t hear a single yet guys, and they go back to the drawing board. It’s the willingness to do that which is both what I look for and what it takes to be the best.

You’ve been in the music industry for quite a few years, what are some of the biggest changes you’ve seen in the Canadian scene?

It’s kind of being re invented as we speak, a musical revolution about to flip everything on it’s ear. Artists are mashing all kinds of genres together, making up new sub genres, Grunge Country, or Hipster Rap, whatever. Artists taking a DIY attitude and allowing social media and fans do the legwork for them. Self producing, self promoting etc. with things like Spotify and Rdio you really can get it out there yourself. It’s been said before, but my fav analogy is still the wild west. Nobody knows the rules and so they’re making them up as they go,  and this just might open up alternative avenues for Indie artists.

Who are some bands/artists people may be surprised that you worked with?

People are always surprised about the Girlicious thing, if they even remember who they were, but that was thanks to Josh. Originally I think I was trying to get that song for Paige Morgan to do and Josh offered a few songs as well, some of which went on to be Marianas songs. I did just work on a couple songs with a Christian artist named Paul Woida which some people might be surprised by, considering my whole Satan worshipping thing.

Are there any Canadian bands/artists you would recommend to our readers?

And 604 plug in…I really like The Zolas and Coleman Hell , as well as Fake Shark, they were cool when I saw them open for my boyee Matt Webb. Like, as in I’m actually his Dad.

Here at Canadian Beats we like to throw in a few fun questions as well:

If you were in charge of a music festival, who would you have playing?

Who are the best live performers you’ve seen?

That’s a hard one cuz I’m usually wasted, but I can remember Peter Gabriel being incredible. I balled my eyes out @ Sade. The very first Foo Fighters show @ The Commodore and of course Iron Maiden are always pretty wicked.

Do you prefer shows in small places such as bars, or bigger venues such as arenas?

The bigger the band, the smaller the venue.

What is your favourite song that you’ve worked with an artist/band on?

I just did a super small vocal bit on Astoria. That song is my favorite right now. I can’t get it outta my head which is kinda starting to piss me off.

Do you have any funny stories you can share about writing/producing with someone?

I feel bad for anyone Josh and I have ever worked with because we tend to take whomever’s song it is, and sing our own lyrics in the melody. The lyrics will be completely inappropriate and explicit, but by the end of the session, even the artist is singing our “new” lyrics. Unfortunately they’re just too obscene to repeat here, but they probably would have words like dick and balls in it.

And finally, if someone wanted to work with you on their music, how would they get in touch with you?