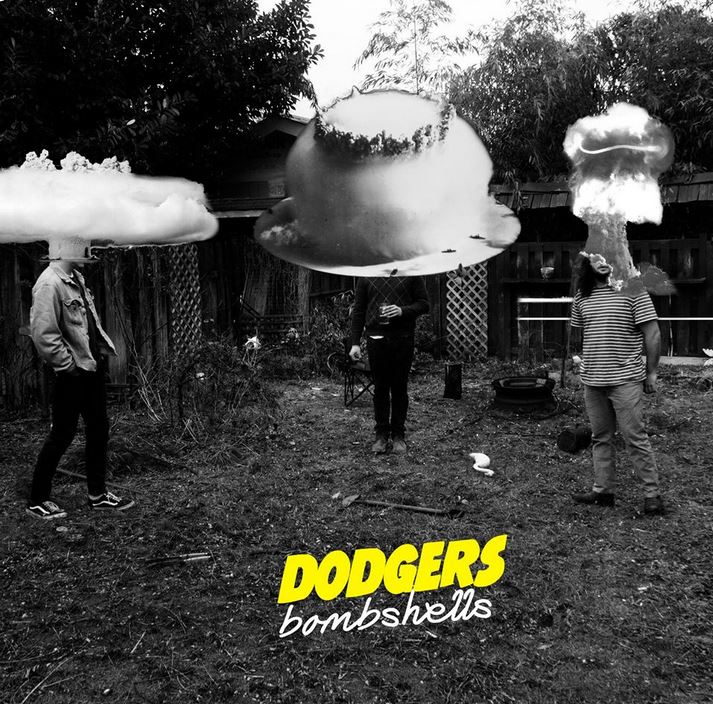 Dodgers is a three member Punk band from the city of Mission, British Columbia. The Dodgers are made up of Nitya St Laurent (drums), Shane Hoy (guitar/vox) and Carlos Mendonca (bass/vox).  Dodgers have many influences that they look up to, some of those are Elvis Costello to Hot Snakes. The band is very excited to have their first EP released to their fans.

The EP is called ‘Bombshells’  and features five full length tracks. The EP was released back in February and has been available for download on the band’s Bandcamp page. I have taken a listen to the full EP and have narrowed down my top songs off of it, ‘Cherry 2000’ (first track) and ‘Watch The Skies, Traveler’ (third track). ‘Cherry 2000’ is a song that has a lot of energy put into it and is a good song to listen to when having fun. ‘Watch The Skies, Traveler’ is the slowest song off of the EP and it is a nice change from listening to the other tracks on the EP. This may be Dodgers first EP but it hopefully won’t be their last.