Interview – No King For Countrymen 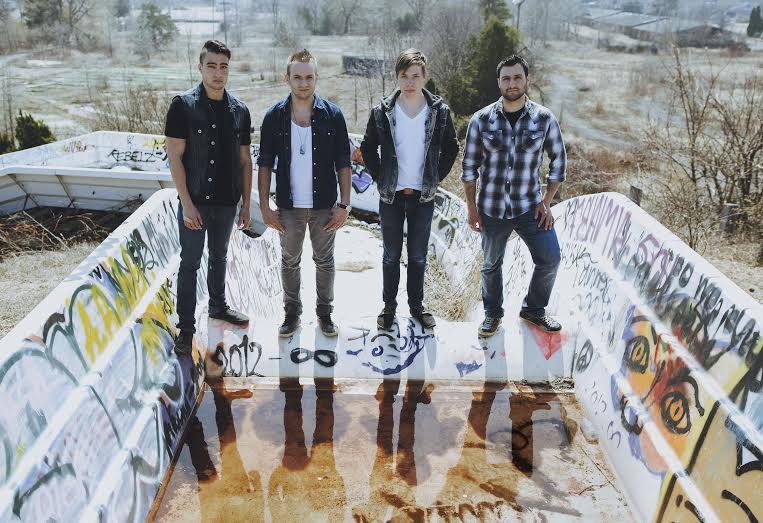 Hamilton, ON based rock band, No King For Countrymen is made up of David Lindsay (Vocals/ Guitar), Mark Morelli (Bass), Kyle Bell (Drums/ Vocals) & Matt Foster (Guitar). The band released an EP in October 2013, but has been hard at work on a new release, which is due to be released this year. I had the chance to ask them a series of questions that may help you get to know this talented Canadian band a little bit more!

How did the band meet and form?

Kyle and I (Dave) had always been in bands together and we knew the other guys through other bands we had often played with in the scene. So when we had spots to fill for NKFC, we knew who to turn to.

How did you choose the name, “No King For Countrymen”?

It was taken from a book I was reading at the time. The phrase stood out to us as having a lot of meaning; the idea of standing for something rather than nothing and making a difference in the world with the limited time we have.

You released your EP, “Sick & Tired” in October of 2013, what can you tell us about the writing process behind the EP?

With that record, it was a really widespread collection of our songs to date. We had demoed pretty well every song we’d written and selected our 5 best. So, each song was coming from a different place. Some of which (like “Growing Up”) were written as early as the formation of the band in Spring 2011 while “In Hiding” was written just before hitting the studio later in 2012.

Real things that happen in our lives. Whenever something goes wrong or life has got me down, it will come out in a song. Sometimes I try to write about situations that didn’t happen directly to me but rather what I watch others go through and use my own personal experiences to channel that emotion.

You will be releasing a new album this Spring, how has your sound changed since your previous release?

Yes! Our sound is definitely more honed and mature than our previous releases. I think what sets this record apart from the others is just how cohesive it is. We literally spent the better part of a month in a our space writing a lot of songs and recording demos. All these songs came from those sessions and thus the EP is a lot more concise in its lyrical themes and musical style. We are really proud of this one and cannot wait to show everyone.

Can you give us any hints as to when the new single will be released?

You have played many festivals, including Burlington Sound of Music & KOI, can fans expect any festival shows this year?

Absolutely, there are some awesome announcements in the works, we just can’t say yet. We are, however, playing as part of the Burlington Sound Of Music Club Series June 17th. So, come out to see us then!

Can fans expect a Cross Canadian tour coming any time in the near future?

That’s the plan. The album will come out mid-July and from there we want to hit the ground running, playing as much as we can. There’s even some stuff in the works to go south of the border which is really exciting. But again, it’s all under wraps for now.

There’s too many to say, we love PUP, The Dirty Nil, Hollerado, etc. Lately, we’ve been checking out a band called First Ghost. They’re on tour with Prawn and they absolutely slay.

You’ve been known to post some Covers to your YouTube channel, how do you decide the song you want to cover?

The whole cover thing started as simply as us just joking around with top 40 pop songs. We would attempt to play them in our own style. Eventually we thought that some of these covers actually sounded pretty good and would be a cool thing to record and release to the world. So, the ones we choose are just really whatever’s stuck in our head that week, I guess.

Taking Back Sunday with Menzingers, such a good show.

If you were able to put together a festival lineup, which other Canadian bands/ artists would you want performing along with you?

All our fave Canadian locals for sure: RocketRocketShip, The Stringers, City Limits, New Design, Fighting Season, Parkside, Rydell, Pine, Harbour, Long Point, Cheap Date, Eavesdrop, Synerah, We Were Sharks, JJ and The Pillars, The Maysides and the list goes on.

This would be a stacked festival!

Surprisingly, no one in the band has any tattoos…yet.

If you were able to write a song for any existing TV show or Movie, which would you choose?

That’s tough. I think most of the band is watching Game Of Thrones right now so I’d say that. Also our band name is pretty fitting. And on top of that, we channeled a subtle GoT vibe in our music video for “Unrehearsed”.

We just want to say thanks to anyone who has supported this band or even checked out our stuff, it really means a lot. And stay tuned for our new record!