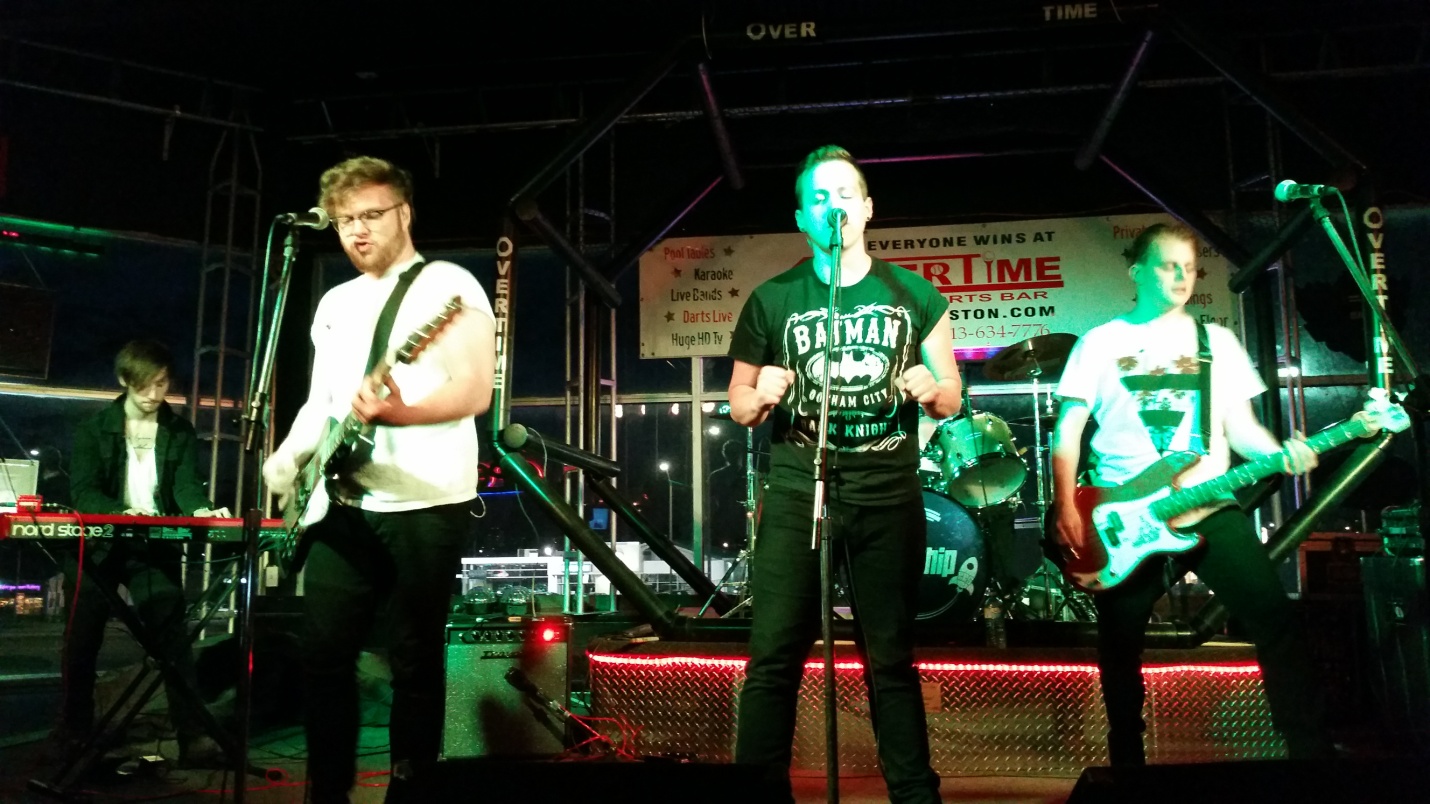 Who: RocketRocketShip and Captains Of The Sky.
Day: May 28th, 2015
Where: Overtime Sports Bar, Kingston Ontario

The Stop, Drop and Pop tour had a show at the Overtime Sports Bar in Kingston, Ontario and I decided it was worth the drive to support RocketRocketShip.  The show started around 8pm with the first artist, Captains Of The Sky. Captains Of The Sky is made up of just one talented singer/songwriter, Eric Stark. He is based from Kingston, Ontario and is working on new material to be released. I have seen him perform at a previous Halfway To Hollywood show back in October and was impressed by how well he was, this time was just as good as the last and I really enjoyed listening to him. He played four songs, half were covers and one was a new song that sounded amazing. 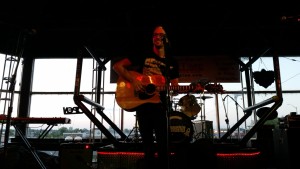 After Captains Of The Sky played another local played a handful of songs that sounded good but I lost interest very quickly. 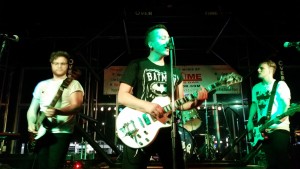 Finally, RocketRocketShip hit the stage and I was completely blown away at the sheer talent this band showed. RocketRocketShip consists of five band members in total, Tyrone MacNeil (guitar/vocals), Dave Shears (bass/vocals), Matt Dines (guitar/vocals), Kenney Purchase (keyboard) and Paul Brake (drums). This was my first time seeing RocketRocketShip live and wasn’t sure how well they would be. They started with some old material that I wasn’t familiar with but still enjoyed. Then they went into a cover song of One Direction’s Steal My Girl, which I liked better than the original song.

I was very happy when songs from their latest EP ‘Shake It Off’ were performed. Here’s To Us, Casey and Warm Again being my favorites that were played. There was one moment during the bands set that really caught my attention and impacted me the most was, during Warm Again the band instructed the audience to put our phones in their right hand, and then in our pockets. After that was done the band continued the song and got the audience involved in the song. Having never had this happen at a show before, it was an experience i’ll definitely not forget. 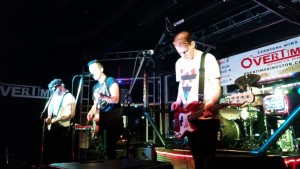 RocketRocketShip performed another cover of Walk The Moon’s Shut Up and Dance which again was amazing and had fans up and dancing. The very last song the band played was a new song to be released in the future called Heat Of The Night, can’t for the song to out so I can replay it over and over again.

After their set I got pictures done with the whole band including former band member Bryce Smooth, who used to play guitar for RocketRocketShip. Thank You RocketRocketShip for pretty on a great show and hopefully see you again in the future! 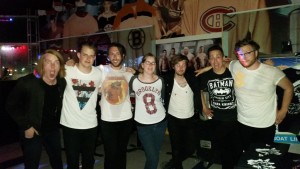 If you ever get a chance to see RocketRocketShip I highly suggest you go, you won’t regret it!