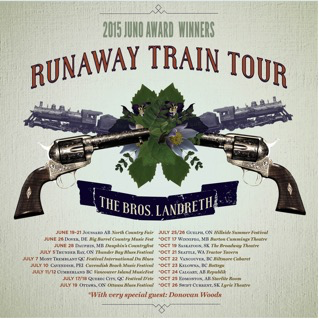 Winnipeg based Americana/ Roots band, The Bros. Landreth has recently announced a string of tour dates with with Donovan Woods on their “Runaway Train Tour” which is set to start June 19 and will continue through the summer.