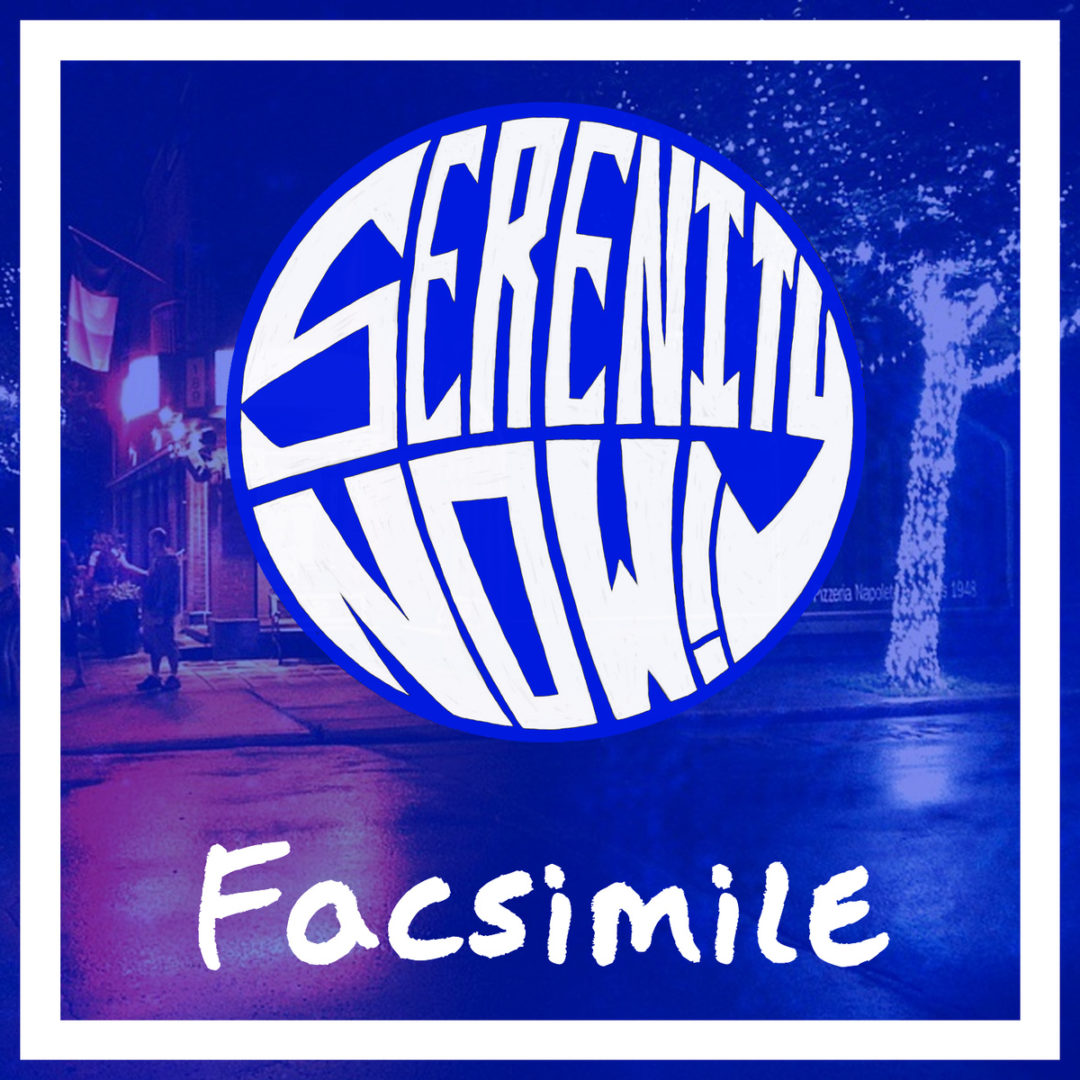 “Facsimile” was recorded, mixed and mastered by Cameron Kennedy at Splintered Wood Records and produced by Serenity Now, along with  Cameron Kennedy. The EP is made up of five tracks, starting with “Whatever Forever” which is a pure punk rock song with a killer intro.

The track that I was immediately drawn to is the final song, “Wake Me Up When March Ends”, which was originally a Revisionist acoustic song, but Serenity Now has made a hugely entertaining Punk version of it, that is highly impressive, even though I love the Revisionist version as well.

If you’re on the lookout for some new Punk tunes, this EP might just be the thing for you!