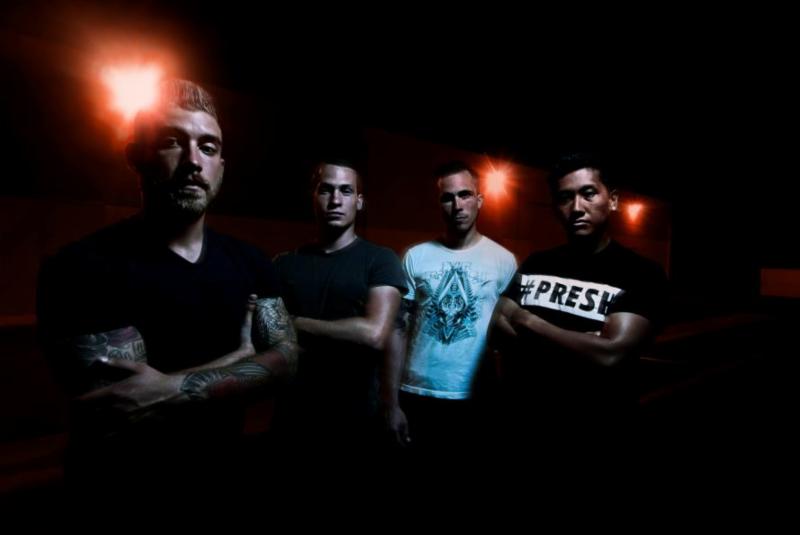 Auras, a progressive metal band consists of friends Josh Ligaya, Aaron Hallman, Eric Almeida and Nathan Bulla. The band, hailing from Waterloo just signed to Distort Inc. / Fontana North and have a busy few months coming up. If you want to know more about the band, check out our interview with them.

AURAS is a four-piece Canadian progressive metal band from Waterloo, Ontario. Founded in March 2010, the group is composed of Josh Ligaya and Aaron Hallman (guitars), Eric Almeida (vocals), and Nathan Bulla (drums). They released their debut 7-Track EP “Panacea” in January of 2013 and have been gaining momentum ever since. In the summer of 2013, the band followed up Panacea with a single called “Adverse Condition”, a hint of their newly developed sound. Noted for their tasteful combination of riveting grooves and harmonious melody, AURAS continue to challenge themselves musically to bring fans consistently fresh material.

First of all, congratulations on signing with Distort Inc. / Fontana North. What were your first thoughts after making things official?

We were incredibly excited to sign with such a reputable and amazing team at Distort Inc. / Fontana North. We were eager to begin working with them and getting our new music out.

What are you most excited about for the release of your new EP, Crestfallen?

We had this new music ready for a decent amount of time, and so it was very nice to finally have our fans hear our new sound.

Besides a label backing it, how does Crestfallen differ from the 2013 release of Panacea?

We very much changed our approach to song writing with our new EP, including the transition from 6-string to 7-string guitars. We also worked with a different producer/engineer and so the final product definitely surpassed our expectations.

Our writing process can be described as multi-staged and usually has a consistent treatment. Josh will come up with an idea/theme and record a sequence of parts with guitar and rough drum ideas. The next step would be sending it off to Nathan where he would recreate drums/bass ideas and make a rough pre-pro mix to send out to everyone. Then, as a band, we sit down, collaborate and develop ideas on how to improve and revise the song until reaching the final product.

Going into the final recording process, our pre-pro serves as a solid foundation and we are able to develop the songs even further while working with a producer.

You just finished up a short run of shows in Quebec and are gearing up for a months worth of shows in the US with The Contortionist and Chon. How do you expect the USA shows to compare to the shows you play to a hometown crowd?

We are lucky enough to be on the road with The Contortionist and Chon who pull a lot of fresh faces out every night. But we tend to have awesome fan support regardless of the city we play.

We really prefer to play our newest tracks at this point. Thrown and Terrene contain a lot of technical elements that we enjoy pulling off live.

After we played a show in Dallas, Texas, we were chatting with some of our fans at our merch area and realized that one of our fans had driven from about 8 hours away. This type of fan dedication should never go unnoticed and it was a reminder as to how awesome fans can be.

We have a lot of influences individually, many of which overlap, so we’ll go through each member.

A musician we are fairly eager to work with would be Jakub Zytecki of Disperse. His approach to song writing along with his undeniable talent on multiple instruments makes working with him seem like a very exciting and enlightening experience.

Just to name a few: Protest the Hero, Rush, Intervals.