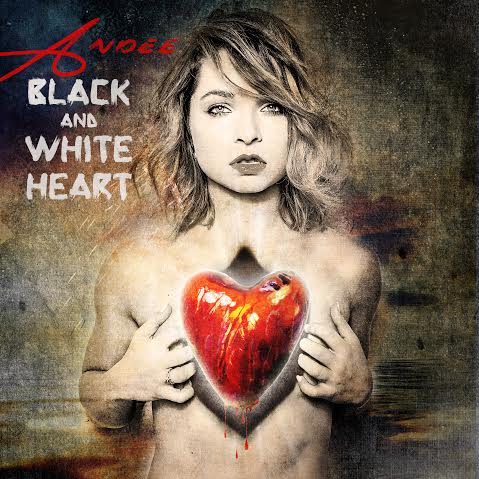 Montreal based pop artist, Andee is a previous contestant on Quebec’s Star Academie, and has made quite the name for herself since then. She has released her debut album, “Black and White Heart” on May 26 and it features 17 songs, including 4 French songs.

Her vocals are completely perfect, she hits every note in an expert way and I can see why she is as popular as she is, and currently signed to Universal Music Canada and landed herself a management contract with Coalition Music Management.

The album features her two hit singles, “Never Gone” and “Sorries” as well as a French/English duet of Hedley’s hit song, “Kiss You Inside Out”.

The second track, “Bit O’ Love” quickly became one of my favourites from the album, it’s high energy and the vocals are strong. This song would be amazing to see at a live show. If you’re looking for a slower track, there are some of those gems on here too, the ninth song, “For Better Or Worse” is the one that spoke to me.

Whether you are a fan of pop or not, I highly recommend this album, as it’s an album that shows the expertise behind it, and the perfect mix of pop & soul.