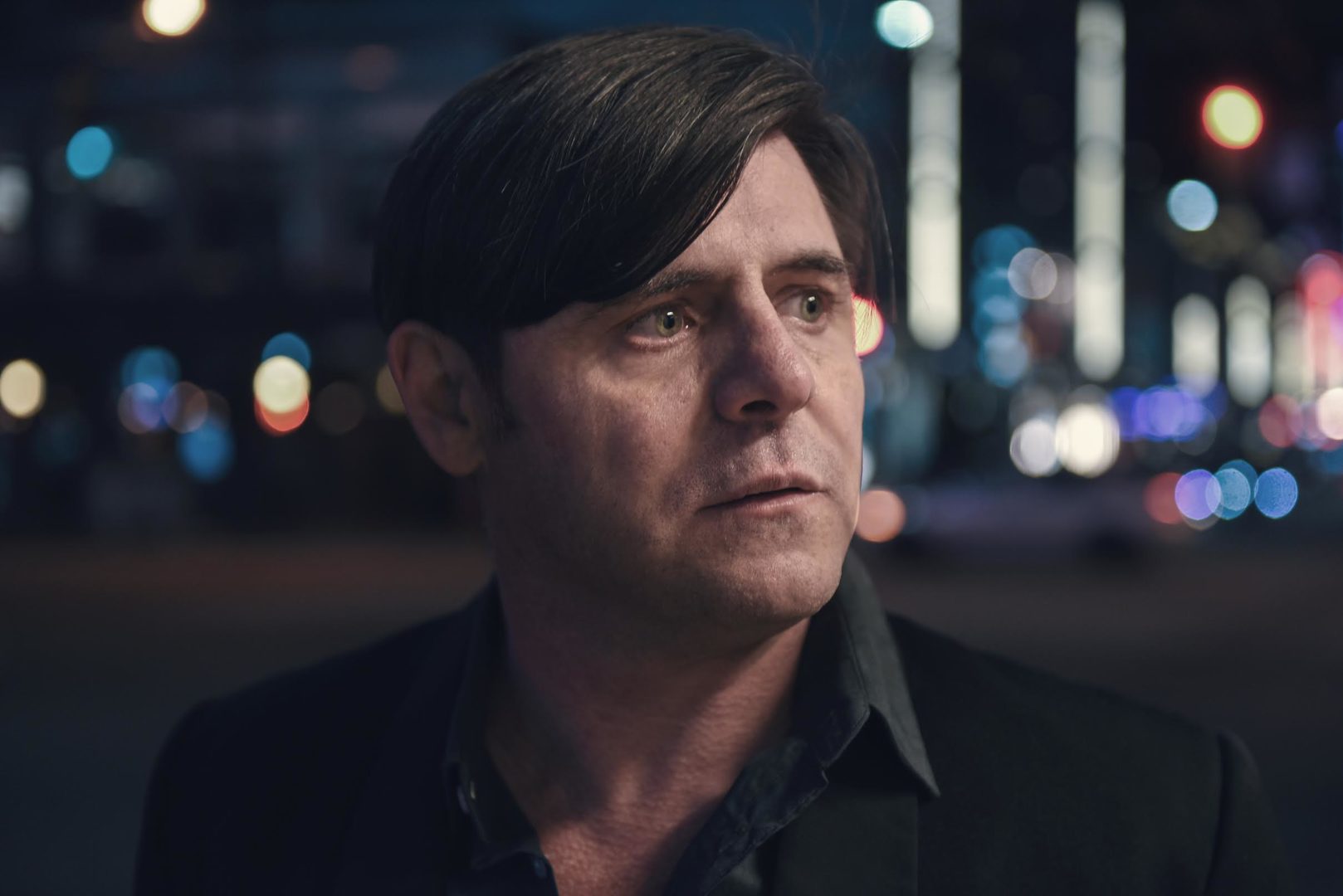 Vancouver based singer/songwriter, Rodney Decroo has just released his newest album, “Campfires On The Moon” through Tonic Records. The artist will be embarking on the Eastern part of his tour starting tonight (May 27) in Toronto, with various dates through Ontario & Quebec to come.

I was able to ask Rodney a variety of questions about his new album, his inspirations and the tour in the interview below. I recommend you give it a read, and if you’re able, stop by one of his upcoming dates:

You have just released a brand new album, “Campfires on the moon”, how has your sound changed since you previous releases?

Well, my last singer-songwriter album Queen Mary Trash was recorded with my old band, which was a four piece folk-rock outfit: electric guitar, electric bass, drums, etc. It was recorded in one room live off the floor and it was kind of loud and jarring and my voice is really sharp sounding. This record is wholly acoustic and is very intimate / warm sounding.  It’s just myself on vocals, acoustic guitar, Mark Haney on double bass and Ida Nilsen on piano and harmonies.

How did you choose the name, “Campfires on the Moon”?

When I write songs it’s mostly an intuitive process. I mean, my analytical mind is in the background editing but a lot of that is already taken care of by the format of the song structures I use. A line will just pop into my head and I’ll either like it or not like it- it’s a gut thing. And then I strum the guitar and wait for the next line. I don’t tend to know what a song or an entire collection of songs is really about until much later. So, that title appeared as part of the first line of the song Campfires on the Moon. As I wrote the songs for the album that song kind of seemed to be the song that album was organizing itself around and the title was evocative and poetic, so it seemed right to make it the title of the record.

Where do you tend to pull inspiration from when writing songs?

My life and the lives of people around me.

If you could recommend only one song from the album for people to listen to, which would you choose?

Well, it’s not the sort of thing I like to do. I mean there are ten songs to the album not one. Different songs will mean different things to different people. The songs that people seem to mention to me the most are ‘Young With You’, ‘Stupid Boy in an Ugly Town’ and ‘Sparks in the Rain’.

You will be taking off on your Eastern tour dates on May 27, up until now how has the tour went?

Great. Audiences and venues have varied a lot. We played in the Fox which is a big, beautiful room in Vancouver to 200 people and two nights later we were in a tiny place in Penticton playing for 10 people, but the thing that has been consistent is that audiences have all listened closely to the songs. You can hear a pin drop during most of our sets. For me it doesn’t get any better than that.

What stop are you most excited about on the Eastern tour?

Sorry, but I can’t pick one place. I know people in all these places and I’m excited to see them and to play in different rooms each night.  I mean, basically, I’m excited to play all these rooms but for different reasons. In Toronto it’s because I have a lot of friends there that I love and will get to see. I’m thrilled to play in Montreal because I fell in love with the city a few years ago because there’s a mystique there I can’t explain and when I went there for six months after a broken relationship and the death of my father I was treated so well and met so many passionate, generous and caring people.

What can fans expect from a live Rodney Decroo show?

Three friends playing songs that have simple, but moving melodies with poetic lyrics that tell stories worth telling.

Will your fans on the East Coast (NS, NB, PEI, NL) get the chance to see you anytime soon?

Man, I just don’t think like that. I listen to different artists for different reasons at different times.  Leonard Cohen has been getting lots of plays lately, but I’ve also been listening a lot lately to a now defunct Vancouver band No Horses. I think the new Flophouse Jr album Welcome Mat is pretty special. I’m also a fan of Christine Fellows who I met for the first time in Winnipeg a few weeks ago, which was exciting for me. I’ve been listening to her latest Burning Daylight. Also, I’ve been listening to several Willie Thrasher tunes.

Some awful Christian rock band that played at a bible camp we were sent to. We weren’t allowed as kids to listen to secular music because my family are hardcore Christian fundamentalists. So, we rocked out with Jesus, but Jesus wasn’t particularly rockin’.

If you were able to put together a festival show, which other Canadian artists/ bands would you want performing with you?

Honestly, I can’t answer this. There are too many bands and artists.  I mean there are all the legends I want to play with and the artists I admire from afar and then there are all my music-playing friends. Hell, there wouldn’t be a festival big enough.

What is one lyric that speaks to you?

I look for quarters in the snow / Pacing up and down the side of the road/ I’m a moving target /I keep every rock they throw—–Nevertheless, Christine Fellows

Watching or playing baseball. My first day in Toronto  I’m going to see the Blue Jays play with my friend Ontario singer-songwriter Jay Clark Reid. I’m not a Blue Jays fan- the Pirates are my team because Pittsburgh is where I grew up- but baseball is baseball and it’s kind of like church for me. There’s just something about sitting in a baseball stadium on a warm day that’s hard to beat.

If you had a day off to do whatever you pleased, what would we find you doing?

I’ve been learning Brazilian Jiu Jitsu for the last few years. I think you’d find me in Brazil studying BJJ.

Thanks for listening to my songs.