By Lindsay Newman on May 26, 2015@https://twitter.com/lindsaynewman_ 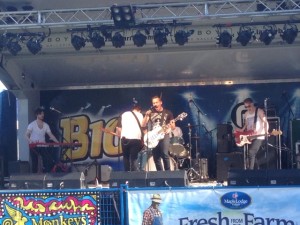 Halfway To Hollywood is a pop rock band from Vancouver, BC.  The recently released their EP “Rain” and toured for that EP back in October. They were supposed to play the “Stop, Drop and Pop” tour with RocketRocketShip but cancelled due to illness.  Halfway To Hollywood are Grant Walker (guitar/vocals), Brenden White (Bass) and Roman Zugarazo (drums). 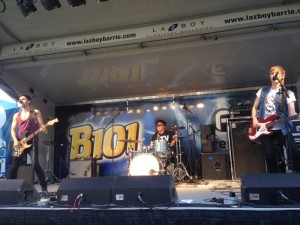 The evening started off with RRS. This was my first time seeing them and let me tell you I was impressed and would go see them again.  I found myself dancing then at the end of the songs I would be singing along.  While watching their set I was at the back so I could get a better view of the band and how they performed but towards the end of the set I was up at the front dancing along. 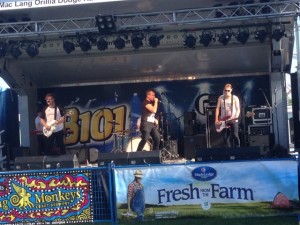 RRS’s set was only a half hour but I wanted more because I was so impressed. They really communicated with the audience instead of just singing their songs.  The band covered popular song “Shut Up and Dance” by Walk The Moon. I really enjoyed this cover and for me it takes a lot for me to really enjoy different bands covers.  The band had high energy and that is something that I look for in a performer.

Next to hit the stage was Halfway To Hollywood.  This was my 9th time seeing HTH so; I had high expectations. Let me tell you they did not disappoint.  The band had high energy and you could tell they were having fun on stage. Their set was about an hour and it included mainly originals but had a few covers in the mix. 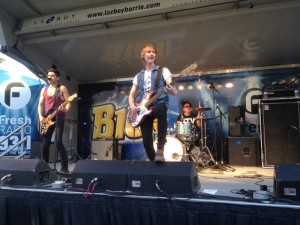 Their set started off with one of their first songs “Breakdown”. I thought this was a good choice because this is one of my favourite songs and really shows of their talent as a band.  Throughout the show the set list varied from all of their EP’s so there was something for everybody.  They were inviting to the audience and tried to get more people to get to the front and they were joking around which is one thing I like during shows.  The covers that the band played were “C’mon” by Ke$ha, “Sugar” by Maroon 5 and “Stacy’s Mom” by Fountain of Wayne. If you have the chance to see them at any of their upcoming shows I would do so because they will not disappoint. 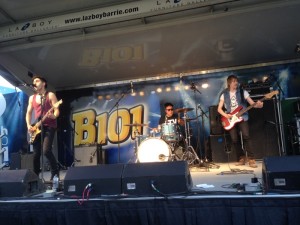