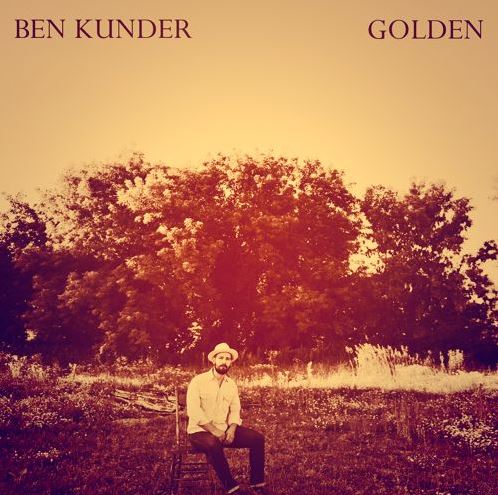 Ben Kunder is an up and coming singer/songwriter from Toronto, Ontario. Ben has been living all over the country but has returned to Toronto. Ben has been an aspiring singer and songwriter for the past seven years and finally got the chance to record the album in a studio with the talented John Dinsmore.

‘Golden’ is Ben Kunder’s first full length album. It was recorded and co-produced with John in his studio. The album features nine full length tracks, all varying in different sounds. After listening to this album it is clear that Ben is very dedicated to his music career and how much work he puts into writing his songs. The album was a little different then what I am used to listening to but I did enjoy it. I have picked out my top two songs from the album, ‘Traveling’ (first track) and ‘Golden’ (third track). Both songs are very appealing to listen to and easily enjoyed with the song lyrics being relatable to anyone. The fourth song from the album, ‘Half Moon’ is Ben’s first single off of the album.