By Remington Fioraso on May 25, 2015@https://twitter.com/RemingtonFD 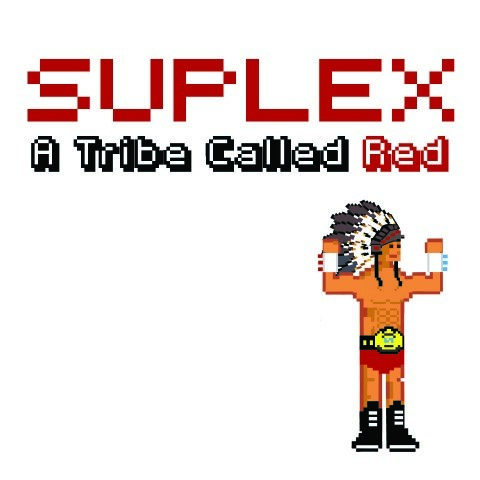 A Tribe Called Red is an alternative group hailing from Ottawa, Ontario.  The Juno Award winning group is formed by DJ NDN, Bear Witness and 2oolman.  Their latest release comes in the form of an EP entitled “Suplex.”  Released on May 18, 2015 via Radicalized Records, the album contains four songs including the single “Suplex” featuring Northern Voice.

Upon listening to the EP, the uniqueness of A Tribe Called Red’s sound is immediately evident.  The group mixes traditional Pow Wow music with EDM.  Overall, Suplex is a solid release.  It satisfies present fans and is a good introduction to A Tribe Called Red for those who are yet.  It is difficult to choose one or two songs that stand out the most.  Each (“Suplex” featuring Northern Voice, “The Peoples Champ” featuring Hellnback, “Bodyslam,” and “Bodyslam (Smalltown DJs remix)” are addicting tracks.

I would definitely recommend listening to the first single “Suplex” featuring Northern Voice to see if enjoy the sound.  If so, pick up a copy of “Suplex” by A Tribe Called Red on iTunes.