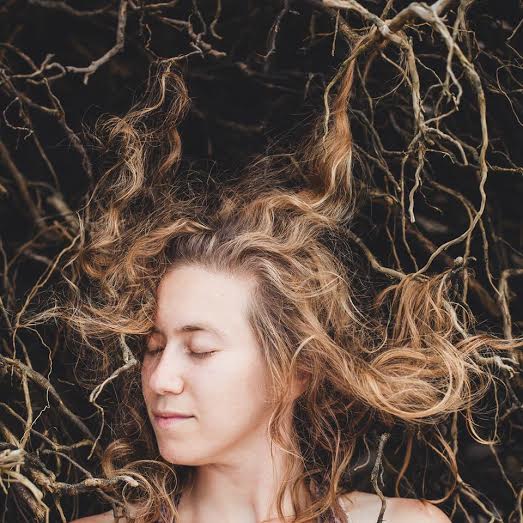 Dana Sipos is a Canadian Folk singer/songwriter who has recently released her new album, “Roll Up The Night Sky” through Muddy Roots Music. I was given the opportunity to ask Dana a series of questions about her music career and lots more. If you’re ready to learn more about an extremely talented Canadian artist, now’s your chance.

When did you know you wanted to pursue music as a career path?

It’s been a somewhat slow and meandering path. I grew up in house full of music, records, my mom singing songs on the highway. I dabbled in music and acting as a kid, but didn’t start taking music more seriously until I moved up to Yellowknife, Northwest Territories when I was about 18. I lived there on and off while I went to school in Halifax, which had an awesome music scene, but Yellowknife was this amazingly supportive music community that helped me out of my music shell and and awarded me really amazing music opportunities with the CBC, and other capacities representing the north. I went to a arts-based teaching program a few years ago and then found myself teaching in Toronto the following year. I barely made it through that year, and that was the real push I needed to pursue music full time.

You have been living a nomadic lifestyle for the past few years, how does travelling from place to place inspire your music?

Completely. The stories of the people I meet and the landscapes I encounter provide continuous inspiration. That’s what’s so addictive about travelling. It’s hard to give up the constant feed of new beauty, new stories, that are so vastly different from the ones you could encounter at home, stationary.

You released your newest album, “Roll Up The Night Sky” on April 30, how has the response been?

The response has been great. I release two earlier albums basically into a hole in the ozone layer, so having label support and publicists helping get the words out is making a world of difference. I was on the top 10 folk/roots/blues earshot chart for a few weeks and have seen reviews as far as the UK and Netherlands. I’m really proud of this album and of course it’s exciting to have it received and received well!

I never have a great answer for this question. I’ve led songwriting workshops where I talk about the importance of a writing practice and discipline, but personally, I have a much more sporadic writing style. Song will come at the most inconvenient times and in the most random places; while I’m bike riding or going through airport security.  I heard an amazing story about a contemporary American poet, Ruth Stone, well into her 90’s now, who who literally see her poems rush over the countryside while she’d be outside gardening. She would have to drop everything and “run like hell” into the house to catch the poem, or else watch it travel on to visit the next poet it could find. I find that story incredible, and have certainly felt that visitation of songs before.

A Coronary Tale. I wrote it during my residency at the Banff Centre. I was into the idea of exploring its different components of the heart, bringing it outside of the body and breaking it down, and also weaving the physiological aspects with the emotional, the human experience.  In doing so I was led down a rabbit hole late one night to Ovid, the Roman poet (who is connected to Cupid and might even initially be responsible for the concept of his love bow and arrow) who got exiled from his home to the Black Sea for something “worse than murder, more harmful than a poem.” There is no more information on what he had actually done (trust me, I looked for it), but I wanted to bring the strangeness and mystery of that charge into the song.  I love how it turned out on the album – tense, teasing and building intrigue in all the right ways that a good mystery song should.

What is your favourite song on the album to play live?

My Beloved is a real sweet one. It’s one of the few songs on the album that is uplifting, in a major key, a bit catchy, even. It’s easy to feel joyful when singing about beloveds finding each other.

You have a few more dates coming up on your tour, what can fans expect from a live show?

Expect audience participation, some snaps and claps, at least a sing-along or two. Some yodelling. Lots of story-songs, ghost songs, lots of moon-howling songs. Lots of nature evocation.

I have some festivals and shows in northern Canada; Yellowknife, Whitehorse, Atlin Arts and Music Festival and Dawson City. The north is my chosen hometown, and the place that has fed me more songs than any other places, and is very close to my heart and pen. I’m also currently planning a tour by canoe along the Grand River in southern Ontario in August. Nashville in the fall, where my label is based, and a Pacific Northwest tour.

Here, at Canadian Beats we like to include a small portion of “random” questions that may help your fans learn something new about your, so here goes:

Wow, to be honest, I don’t remember. But it easily could have been CSNY- Déjà vu.

If you were able to tour with any Canadian artist, who would you choose? Why?

I was basically breast-fed Joni Mitchell and Leonard Cohen growing up. Plus, well into their 70’s and 80’s and still amazing performers, I would obviously learn a lifetime’s worth of music making on such a tour.

What is a quote that inspires you?

Leonard Cohen: “There is a crack in everything, that’s how the light gets in.”

I don’t have any tattoos, although I have thought for a long time about getting a bow and arrow, which has a very personal story. Perhaps I will, still.

Where has been your favourite place that you have traveled?

Well, I’ll answer that my favourite recent places, on this tour, have been a magical secret spot outside Burlington, VT and the countryside of Athens, OH. The green there was the lushest I have seen in a long time.

Where would you like to travel that you have yet to see?

Iceland is high up on my list. I love the Icelandic folklore of elves and fairies, and I was listening to a lot of Icelandic music while I was writing the album. Björk and next generation Björk, in a way. I’m hoping to play at Iceland Airwaves at some point!

Canadian Beats is all about Canadian music, so who is your current favourite Canadian band and/or artist?

Oh, so so many. The main soundtrack for tour thus far has been Guelph, ON’s very favourite Richard Laviolette and the Oil Spills. It’s a country album and it hasn’t come out of the CD player in the car.

I”d just send much love! This is not an easy business to be in a lot of the time and it is the moral and emotional support of people coming to shows, singing along and just radiating love from the audience or even over the internet that remind me why I pursue this path and do what I do.