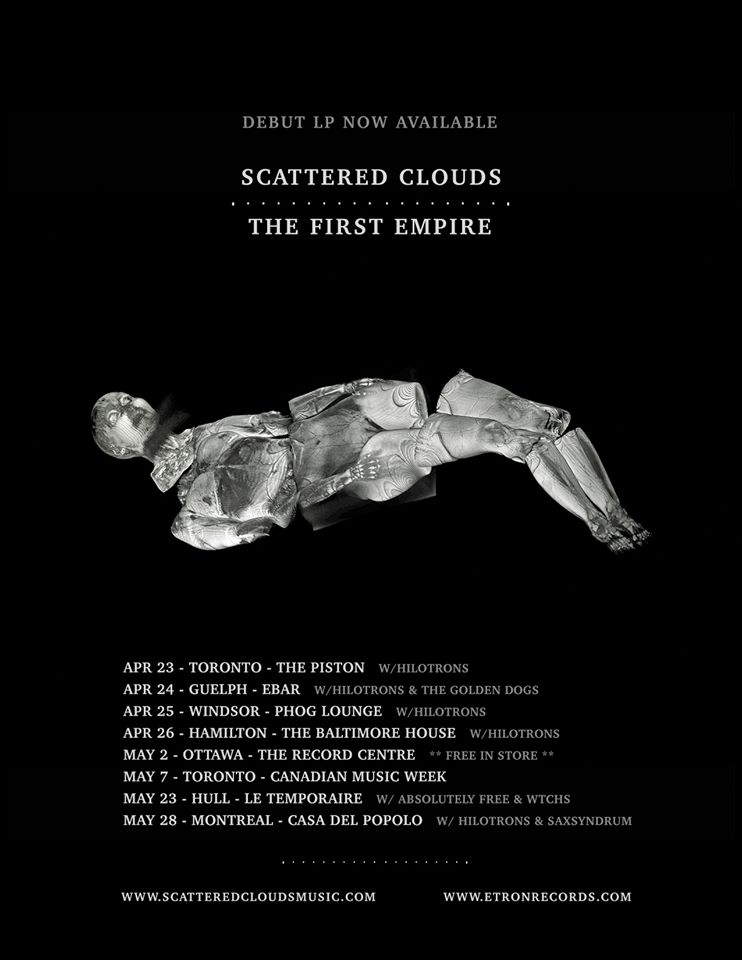 Quebec based band, Scattered Clouds is made up of Philippe Charbonneau, Pierre-Luc Clément, Mike Dubue, and Jamie Kronick. The band released their debut album, “The First Empire” came out on April 21, 2015 via E-Tron Records and now the band has released the video for the title track.

The video is set in a near post-apocalyptic dystopian future, and is a seven minute short film which was cut and edited from scenes of Norman D. Wells 1967 sci-fi movie, “Voyage to the Planet of Prehistoric Women”.