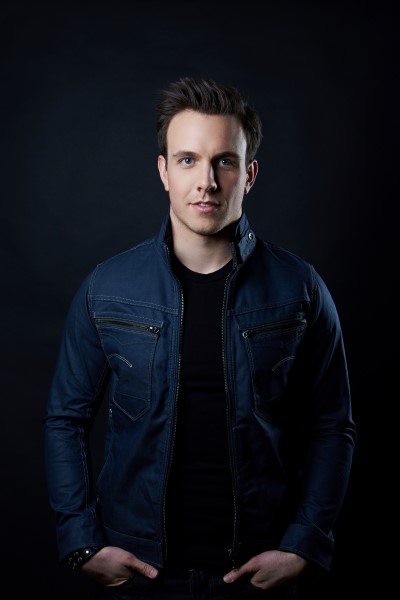 Toronto based Country artist, Eric Ethridge is currently preparing for his full-length release and has been releasing some cover videos to his YouTube channel, and I can honestly say that those covers are in regular rotation on my computer, the most recent being his cover of “Honey I’m Good” originally by Andy Grammer.

Eric took some time out of his hectic schedule to answer some questions for Canadian Beats, and now it’s your chance to see what he had to say!

You began playing guitar and writing lyrics at a young age, but when did you decided to pursue music further as a career path?

I decided to pursue music as a career only about 18 months ago actually. I had been in university for 7 years at that point, and thought music was going to remain a passion on the side, until one day I got a call from my current manager Jordyn Eliot. After some resistance, she convinced me to track a few songs I had written in early 2014, which eventually landed us some awesome opportunities later that summer. It was evident after my first experience on a festival stage that this is what I wanted to do for the rest of my life.

I feel blessed to have a variety of musical influences throughout my life. Oddly enough, I didn’t grow up on country music. Both my friends and family members weren’t country fans. I guess I was raised on alternative and hard rock, as well as pop music. I have respect for and can appreciate all types of music, from the heaviest of metal bands, to blues, R&B, to mainstream pop music. I was raised on bands like Soundgarden, Tool, Incubus, Dave Matthews, John Mayer,  and Canadian Acts like Our Lady Peace, and The Tragically hip. After playing bars and clubs for several years, people always commented that I have a “country sounding voice” or that I should try singing country songs. Sure enough, as I started writing songs, my lyrics and melodies into country songs pretty naturally. It wasn’t soon after that I fell in love with country music.

Where do you tend to pull inspiration from when writings songs?

I would say my intention as a songwriter has always been to transfer a certain feeling or imagery to the listener. My inspiration often comes from personal feelings, memories, personal experiences, experiences I would like to have, and even from fictional scenarios and stories.  I try to combine lyrics with different melodies and hooks in such a way as to evoke those feelings and experiences in other people …. If that makes sense? haha

You are currently preparing for your first EP release, can you give us any hints as to what to expect?

Currently we are crafting the direction we want to go with the EP, and have been experimenting with different sounds and styles, to form our own brand of country music. One thing is for sure, it will be big sounding, and it will make you want to get up and dance!

You have been co-writing many songs with your fiddle player, Matthew Piche, is there anyone else in the music industry you would like to work with?

I am a huge fan of the work of Canadian producers like Brian Howes, Joey Moi, and Jeff Coplan.  I follow both of them and I am a big fan of their work and would love any opportunity to work with them.

You have been releasing cover videos, such as “Honey I’m Good” by Andy Grammer and “Homegrown” by Zac Brown Band, how do you choose the songs you want to cover.

Matt Piche and I choose songs particularly that will allow us to highlight our strengths as musicians and songs that we can arrange in a way that will make people want to listen to them over and over again! So far we’ve been lucky to have covered songs that have climbed the charts to become huge hits. Matt is an incredibly talented musician and composer which has allowed him to create orchestral-pop-country version of some of today’s biggest hits. It started out as an experiment and has turned into something no one else is doing (that we’re aware of).

You were named one of the top 8 finalists of the Boots and Hearts emerging artist showcase, which was sponsored by Sirius XM, how does that feel?

Finding out that I was in the top 8 of the Emerging Artist Showcase was an incredible experience. Boots and Hearts in Ontario is the biggest country music festival of the year and it’s an honour to be a part of it! When I was setting my goals for 2015, the 1st goal on my list was “Play Boots & Hearts 2015”. So getting that phone call several months later was a pretty incredible.

You have shared the stage with some of Canada’s biggest Country Acts such as Chad Brownlee and Brett Kissel, who else would you love to tour with?

I would love an opportunity to tour across the country with Brett Kissel, I had a blast opening for him and performing with him on stage. He’s a fantastic performer and a really down to earth guy. I’m sure there is a ton I could learn from him!

Right now a national Canadian tour is anticipated for 2016, after our first major single release in the fall of 2015.

Will you be playing any festivals over the summer?

This summer our main focus is performing well at Boots & Hearts; however, we do have several performances lined up in various towns around Ontario. As for major country festivals those are still in the works!

Canadian Beats is all about Canadian Music, who are your current favourite Canadian bands/artists?

I am a big fan of Dallas Smith, even from his days as Default’s front man. The work he’s doing with Joey Moi is fantastic.  Tim Hick’s latest album 5:01 was on repeat in my car for a solid month. Also, Canadians representing us down in Nashville are also doing a great Job, like Steven Lee Olsen, Tebey, Lindsey Ell, and High Valley are all killing it.

Here at Canadian Beats we like to include a small portion of questions that may help your fans learn something new about you, so here it goes:

If we were to find you on a day off, what would we find you doing?

Hahaha, well days off for me are pretty rare! However, you could probably find me at the gym or outside exercising. In the summer I try to hit the beach as much as a I can in my hometown.

I saw Dallas Smith this January in London, ON. I was lucky enough to meet him as well. They put on a killer show and he was great with his fans.

What is a lyrics that means a lot to you? (not one of your own)

“Tough Times don’t last, Tough People Do” from Brett Kissel’s song “Tough People Do”. I thought it was clever and it has stuck with me since last summer. There have been a lot of highs and lows, and there are sure to be many more, but it reminds me that if making a career out of music was easy, everyone would be doing it!

What is your favourite warm Weather Activity?

Going to the beach – the beach is my happy place.

Do you have any tattoos? If so what are they?

Not yet! But I am definitely planning on getting one, I guess I’m just not ready to commit.

Last but Not least, do you have anything to say to your fans?

I just want to say thank you! I have had so many people provide so much support for the past two years, and it has meant a lot.