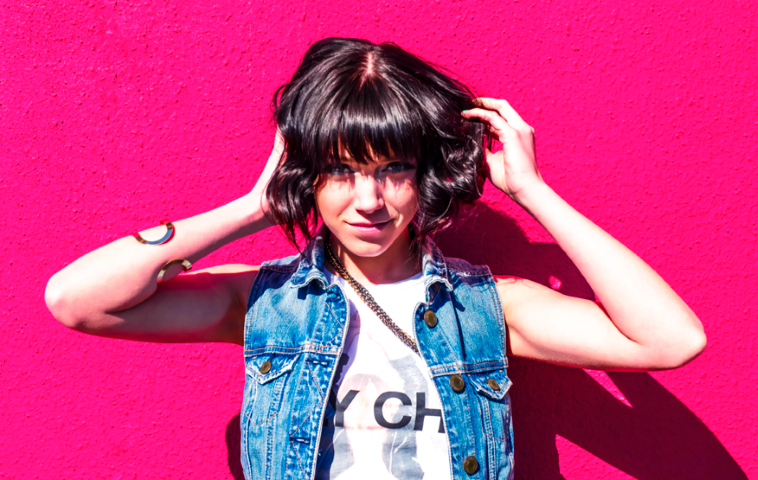 Lexi Strate is a pop artist based in Alberta and has already had quite a few accomplishments in her musical career. She was the winner of the Edmonton Virgin Radio Star Competition in 2012 and received the opportunity to travel to Vancouver to record her first single, “Turning Point” with Mike James, who has written with chart toppers such as Kelly Rowland and Kreesha Turner. Within a month of the song being debuted on radio, she won Astral Media’s Breakthrough Artist and received national radio play because of it. Her song “Unstoppable” featured on the CW TV series, Beauty & The Beast.

Her new single “Antidote” has now been released. The single is off of the upcoming EP, due to be released in the summer. The song was debuted at her showcase at the Hard Rock Café in Toronto on May 7th as a part of Canadian Music Week.

We had the chance to chat with Strate about her new music and more.

Your new song “Antidote” was recently released. How was the fan reaction to it?

I have such a supportive fan base and all of the feedback I’ve gotten about the song has been very positive. One of my goals with the release of “Antidote” was to continue to develop my fan base and I’m excited to see that a wide range of listeners are starting to take notice!

Is the single a good indicator of what we can expect from your EP? Can you give us any hints on what else to expect from it?

“Antidote” has a grittier, edgy vibe compared to my previous releases. I think it’s a good representation of where I’m headed in terms of defining my artistry. That being said, the EP will feature a wide variety of songs with different vibes. I’m still experimenting with my sound and want to keep things fresh and exciting!

How was your trip to Toronto and your Canadian Music Week showcase?

I love the city of Toronto! I met some great people, listened to some amazing artists and had a blast at my showcase!

How did it feel to know that your songs were being played on TV shows like Beauty & The Beast and Continuum?

Getting TV placements was a part of the music business that I didn’t really know much about, so it was a very pleasant surprise when my songs were featured in TV shows that aired worldwide! Talk about good exposure! It was a pretty cool feeling to get tweets from the other side of the world from people who heard my songs on TV!

If someone hadn’t listened to you before, how would you describe your sound? Is there any song they should listen to first?

No two songs I’ve recorded are alike. The one thing that is consistent in my music is the rich character of my voice. I like to pull aspects from other genres to create unique pop songs. I’d always suggest for people to listen to my latest release, because I’m constantly trying to get better and my sound continues to evolve.

I have an extensive list of influences from all kinds of genres. If I had to list some I’d say Jessie J, Bruno Mars, Dallas Green, Amy Winehouse and Amanda Marshall.

Music has always been a huge part of my life. What I’ve always loved the most is that even as a shy girl I felt so comfortable and content performing and singing on stage in front of an audience, big or small. Winning Edmonton’s Virgin Radio Star contest in 2012 was a game changer as well and it catapulted me in the right direction to pursue music as a full time career.

Do you have any advice for someone starting out in their own career?

I think it’s so important to take every single opportunity that comes your way. Even if you think it’s small or insignificant, just do it! Get your name out there and be patient! Always, always, always trust your gut!

I’ll be filming the “Antidote” music video soon and releasing my debut EP later this summer. I’ll also be hitting the road on a radio tour right away and hopefully booking some live shows as well! On top of that, I always like to keep an eye out for song writing opportunities and connecting with other artists and music industry peeps!

We like to throw in a few fun questions so your fans can get to know you a bit better:

Who were you most excited to see/meet at any of the Canadian Music Week events?

There were so many talented musicians around, but I was probably most excited to get to meet Kiesza, a fellow Albertan!

I’ve been to a few tropical destinations so I’m looking forward to visiting Europe, Australia, and the Eastern provinces of our own beautiful country!

Favourite concert you’ve been to?

Bruno Mars! What an entertainer. And those dance moves!

Any Canadian bands/artists you’d recommend to your fans?

That’s a tough question! I admire so many Canadian artists. To my younger fans who enjoy pop music I’d suggest emerging artists: Bryan Finlay, Tyler Shaw, Jaden Chase and Virginia To Vegas. Some of my ultimate favourites that cross multiple genres include: The Trews, Alanis Morrisette, Amanda Marshall, The Weeknd and Arkells.

My current jam is “My Type” by Saint Motel. If you haven’t heard it yet, check it out!!

I love you guys and I love communicating with you all! Your words mean so much to me! Thanks for supporting my dreams, I couldn’t do this without you! I look forward to meeting you 🙂