By Remington Fioraso on May 20, 2015@https://twitter.com/RemingtonFD 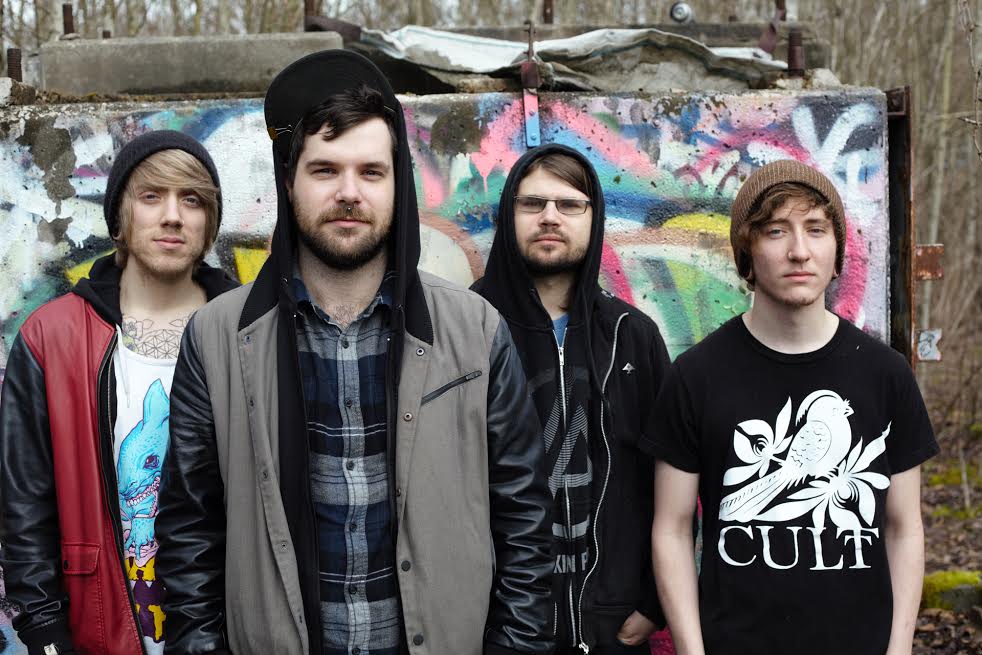 Air Combat is an alternative rock/post-hardcore group from Vancouver, BC.  The band is formed by Sheldon Stenning on synth and vocals, Tommy Phoenix on bass, Will Langlais on guitar, and Tyler Zanon on drums.  Air Combat recently released their debut single entitled “Kid Hero” via Bandcamp and Youtube.  Keep on reading to find out more about AC from Sheldon Stenning and be sure to check out the band on their social media pages.

We all have very different musical tastes and therefor influences! We use each member’s individual taste to help craft our sound together. We recently showed Tyler The Used and it blew his mind. So we all like them, now. For myself, I listen.. to a lot of different stuff. If you have any of my social accounts you might know that I’m in a Japanese pop music kick right now. Nobody is as enthused about it as I am and that’s okay.

What are your inspirations when writing?

As with all my projects thus far.. just life. I sing about the things that have happened to me, or what I see. I get kind of manic sometimes and I can write pages of really depressing observations in a night.

How was being in the studio?

It was intriguing, that’s for sure! It was definitely not very smooth, and we only got the masters the day we were planning to launch the band and music video. So time was crazy tight and we were very stressed. But it felt so good to get it out the door and we had a nice bottle of cheap wine to celebrate.

How has the reception been for Kid Hero so far?

Awesome! Couldn’t be happier nor expect more. Lots of great feedback, way more views than we expected in the first few days and the things people have been telling me.. just makes me smile super big. I’m excited for this band.

What were the standout moments when filming the accompanying music video?

Moshing to music playing on an iPhone in an empty parkade late at night. It was really fun for me, but Will took an injury and wanted to be done with the situation pretty fast!

What can fans expect to see/hear from your upcoming live shows?

Killer energy and probably a lot of drinking. From me, at least.

What is next in store for Air Combat?

Playing as many shows as makes sense over the next few months! Right now we have Victoria, Vancouver, Surrey and Kamloops coming up. Then we’re going to hit the studio again in August most likely for a fall EP release.

In typical Canadian Beats fashion, here are some fun questions to help fans get to know a bit more about you…

I’m not going to try to speak for the other guys, but I really like Shad, Billy Talent, Gob and Metric. Honestly though, I like a lot of the local bands I’ve met and played with all over western BC more than any of the ‘big name’ Canadian bands. Trace The Sky, The Perfect Trend (RIP), No Boy, Count Me In, The Harbour Sound, This Side Of Town, Deluge, The Hunters, and anything Patrick Farrugia does – just off the top of my head.

What is your favourite drink?

Energy drinks. Used to throw back Amped like nobody’s business but I usually go through.. a lot. I’m going to die young. When I don’t have those I’m usually drinking coffee. Black.

Haha! For those of you who don’t know, this in reference to a Facebook post that read “Good morning world! We’re all rolling out of bed about now for an early band practice. Based on the messages that appeared in our band group chat last night, we’re all taking bets on how hungover Sheldon will be. On a scale of 1 to dying, what do you think?”. I wasn’t hungover though – I was only feeling drunk because I had several drinks on an empty stomach. I ate a bunch of oatmeal before I passed out and survived 😉

What is your favourite console?

SEGA GENESIS. I currently have a PS3 though – for Netflix, of course.

What is your favourite video game?

Fun 100. They were a band from Abby around 2004 or 2005. They came through Kamloops and my high school crush took me to see them when I was in grade 9. It was my first show and it stuck with me forever.  Their singer played a synth! It’s not really why I do as well, but who knows, maybe it influenced me.

Thanks so much for every Facebook like, every Youtube view and especially every time you come hang out at a show! I’m super super excited to show you guys the full set of songs we’ve been working on over the last six months in secret. It’s been a long time since I’ve had so many new songs to share and I really hope you guys like them.