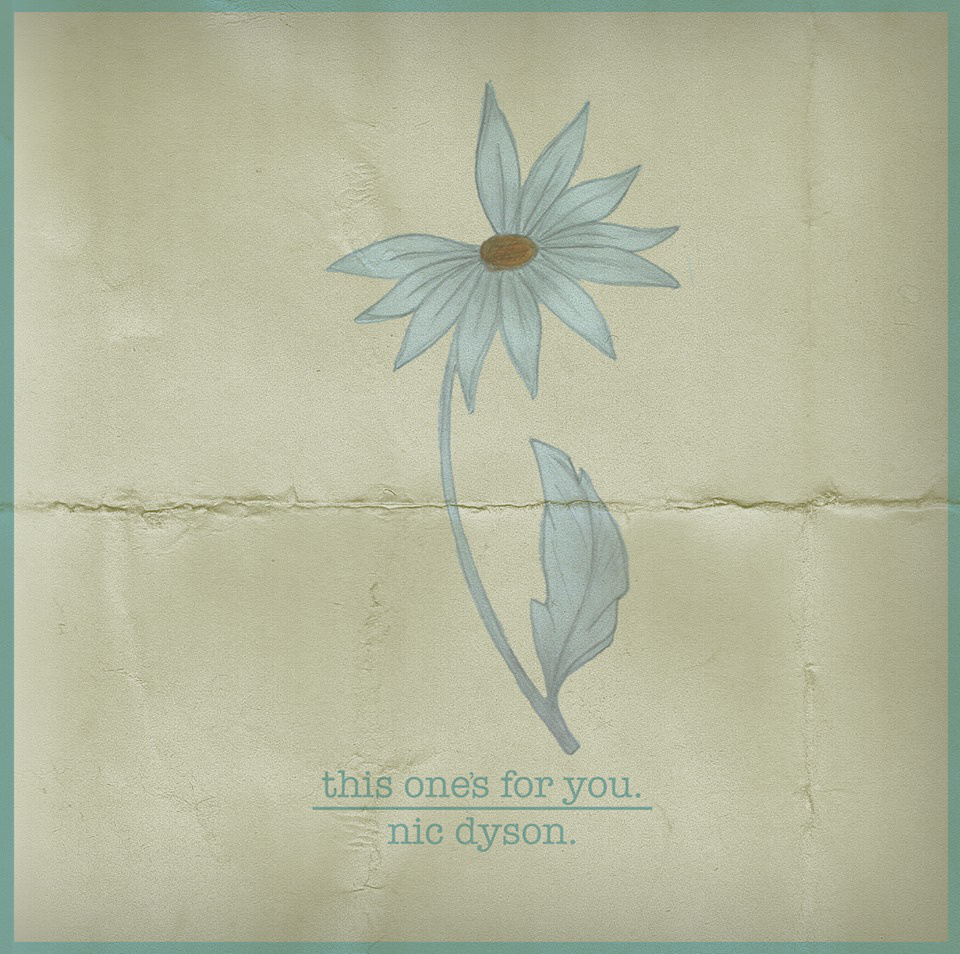 Nic Dyson is a singer/songwriter straight from the lovely city of Dugald, Manitoba. He started his music career in 2011 from getting a push to achieve is passion from the amazing inspiration of his friends and family. Nic Dyson has been playing guitar since he was just 8 years old, now at the age of twenty one he has opened for bands such as Take Me To The Pilot, Forever I, and Latka.

‘This One’s For You’ is Nic Dyson’s second album, the first one being ‘Dreaming Under A Broken Tree’. This album was created with hard work, dedication and many sleepless nights. The album consists of twelve full length tracks, the last song being over ten minutes long. I have listened to the album and can say that you can hear the hard work and love that he has put into creating this album. One of my favorite songs is ‘That Song’ (second song), which is beautifully written with lyrics that will make any listener fall in love with it. The other song I really liked is the song called ‘Dreaming, Drifting’ (eighth song). The album is all acoustics and sounds amazing, I would highly recommend this album to everyone!