Countdown to the CMAO Awards – Q&A with Michelle Wright 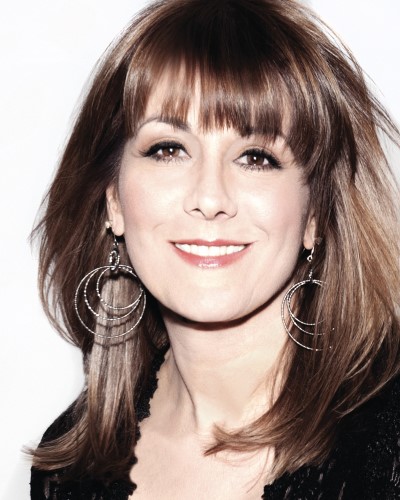 Country music superstar, Michelle Wright has been nominated for Female Artist Of The Year at the 2015 Country Music Association of Ontario awards. If you’re unaware of the CMAO Awards, be sure to check out this promotional post: https://canadianbeats.ca/2015/04/16/slaight-music-presents-cmao-awards-2015/ We teamed with with them to produce a series of interviews counting down to the night of the awards, so we hope you’re ready for some great interviews with some of Ontario’s biggest Country music artists.

Now, if you consider yourself a true Country music fan, there is no doubt in my mind that you’ve heard of Michelle Wright. She’s been around since 1988 when she released her debut album on Savannah Records. Since then she has been enjoying an international career and has released a total of twenty-five Top Ten radio hits, received over forty major awards and in 2011 was inducted into the Canadian Country Music Hall of Fame. I grew up on her music, such as “Take It Like A Man”, “Nobody’s Girl” and  “Safe In The Arms Of Love”. So it’s safe to say that I was quite excited when I found out I was being given the opportunity to conduct this Q&A with her,and now it’s your turn to read it!

As a country musician, being nominated at the CMAO awards is such a huge accomplishment, how did you feel when you found out you were nominated?

“It’s just great to be nominated”, might be considered cliché, but for me it’s true. I have experienced it all from winning awards to not being nominated at all and simply being nominated is fantastic. Winning rocks as well, but you know what I’m saying. It’s fun being a part of it all. I am particularly enjoying the fact that we now have our own awards show, thanks to the vision and hard work of a lot of people who work behind the scenes. Several of the other provinces across Canada have had their own awards show and now we do too. YAY!!! What I think is so cool is how many great country artist come out of Ontario. It’s quite a stellar line up.

You’re hosting a CMAO Conference Showcase on Sunday, May 24 called “The ‘New Faces, Going Places’ Showcase”, which is to help new Ontario talent get noticed, can you suggest an up & coming country star that you think we should all check out?

I’m actually co-hosting with Ted Roop from 104.1 THE DOCK and really looking forward to it. If I’m understanding your question you’re talking about someone up and coming that most are not aware of and quite frankly I’m waiting to hear something that really makes me sit up and take notice. Something unique. Someone who brings something so exceptional that it can’t be denied. You know it when you hear it. I still believe that that’s what it takes to really cut through. A voice that’s unique. A perspective that’s unique. When I was coming up you had to bring something that no one else was bringing, from the songs you sang, how you looked, what your voice sounded like, how you performed on stage and so on. So let’s hope that we hear that at this years, “The ‘New Faces, Going Places’ Showcase”

Another exciting conference panel taking place is “The Write Stuff – A Songwriters Super Session”, can you give us the scoop on your songwriting sessions? What is your songwriting process like?

The magic and the mystery of songwriting. For me it’s the most difficult thing I do because like Lenard Cohen says and I’m paraphrasing, “Songwriting for me can be very arduous because I get easily bored with writing or hearing the same thing over and over again, so what can I write that I haven’t already written that will keep my attention”. I’m my own worst enemy because I really want to hit it out of the park every time and the odds of doing that are about 1 in 500. That being said I am learning to try not to edit to much as the song is unfolding and allow it to be written and then I’ll go back and review. Some of the songs I’m most proud of are not the ones I’ve released to radio but are the songs that are poetic and cause an emotional response. They tend to be ballads. I have a couple like that on my current album “Strong”. One is “I’ll Cry Too” and the other is “She’s A Keeper”. I guess they’re kind of girly songs…LOL.

I don’t think there are any rules to songwriting. It just depends on what you’re trying to do. If you want to be commercial then you have to be aware of what commercial radio wants. If you want to be artistic then the sky is the limit. Write what you want. You just have to decide. I think it’s fun to try to do a little of both. But there is a real craft to writing commercial hits. How to define that or how to teach that…I’m not sure you can.  The bottom line is that you just have to do it and through that process you will know when something is working and when it isn’t. You never know when the magic will happen.

WOW!!! That’s the 10 million dollar question. At one point I might have had a different answer to that but as I watch what’s going on what I would suggest to an up and coming male is to do what the other male artists on the charts are doing because there seems to be an abundance of room for that but as a female artist I’m not sure what to say. Being a part of a band as a female seems to create an opportunity but if your goal is to be a solo artist well…I’m trying to come up with some examples in the current environment and although the measuring stick seems to be much higher on the quality of song for a female I think you have to search high and low for an undeniable song. The best example I would use is Miranda Lambert. Her songs are always superior. How to get access to those songs is certainly the challenge but she is a great songwriter and represents what I believe, which is that the cream will rise to the top. it’s just a bit more challenging right now for a female to be heard so that she can see if she has what it take to rise to the top.

So all and all if you have the fight to get into the game then get in, work hard, know who you are and what you want to sing about. Keep learning. Know where your integrity lies. Do what you gotta do but don’t compromise too much. BUT MY BIGGEST PIECE OF ADVICE IS “Trust your instincts.”

I love social media. It’s just fun and definitely allows for immediate interaction with an artist and their audience. It creates more awareness of an artist as well, all around from the artist’s fans to those of us who are in the business. I love being able to read about my peers and friends and the current tour their on or their new single and also what’s going on in their lives. I’ve been able to share with my fans and my friends in the business some life events that I might not have been able to be a part of otherwise.

Like all things there is a double edge and I hate to say it but it is really hurting records sales. The difference in sales from the last decade to this decade is very alarming. So as an artist I enjoy social media not so much because it is going to add to my bottom line but just because it’s fun.

Most of these artists I consider friends and have a deep respect for. The others that I don’t know very well I look forward to getting to know. I will tell you that I recently saw Russell DeCarle perform and oh my…what a wonderful, unique voice and presence he has along with his Hollywood good looks. So handsome. I’m looking forward to hearing him again along with all these other deserving, talented artists. Very exciting. Can’t wait!!!

I have the best fans. Your love and support has been something I have had to really lean into at different times in my career and your encouraging words and smiling faces at my shows is one of the best parts of my life. Thank you for everything. It can’t be done without you.