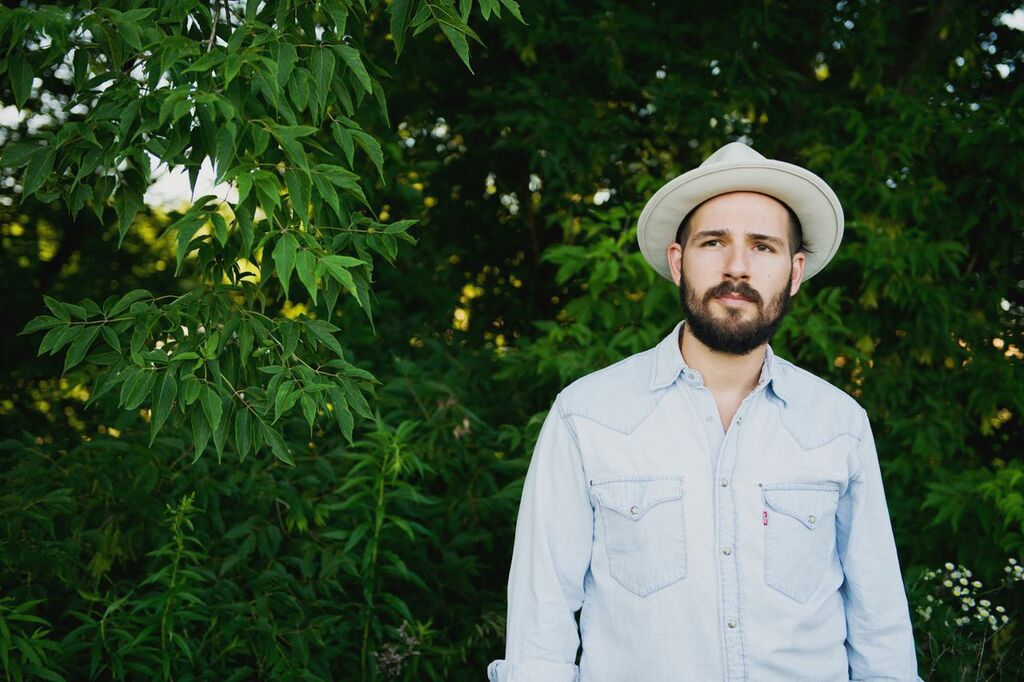 Canadian singer/ songwriter, Ben Kunder is about to release his debut solo album, “Golden” on May 26, with a CD release party taking place at Dakota Tavern in Toronto on May 27! If you’re in the area, be sure to stop by and check that out! He has already released the first single, entitled “Half Moon”, which you can hear here:

I had the chance to ask this multi-talented artist a selection of questions about his background, his new music and much more, continue reading to find out lots about Ben!

What was the first instrument you learned how to play and how old were you?

The piano. I was 4 or 5 I think when I started taking lessons. It’s been in my family for a few generations and it lives in my home now.

You have spent time all over the country in many different settings, where do you find the most inspiration for writing?

I find when I’m travelling or during the times that I’ve lived in other parts of the country, I’m taking everything in and gathering information. Logging memories and adventures. It’s when I’m home and can sit in my thoughts that I focus on my writing.

Golden is due to be released May 26th what  is your personal favourite off the album and why?

Probably “Against All Odds”. When I brought the song into the studio it didn’t really have any direction and it became one of the more interesting and dynamic songs on the record I think. I love the harmonies my friend John Connolly arranged and sang on it. Actually, now that I think of it, every part that was created by each musician in studio was unique and very tasty.

You will be playing a couple of shows in Toronto, can we expect more shows across the country?

Yes, more shows. I’ll be doing a two week tour right after the release in Ontario and Quebec. You can expect a cross Canada tour in the late summer early fall, it’s in the works.

You used to play in a group called Ben Kunder and the Careless, what is the biggest difference being a solo artist now?

I have a little more freedom and I spend a lot more time alone writing. I still play with a core group of musicians and love collaborating.

You have normally written and produced all your own songs, what was the biggest challenge to working with other producers and writers this time around?

It was very easy actually. It wasn’t planned to have any other producers on the record but when we got into the studio, John Dinsmore, who engineered the record, has years of experience and is full of great ideas and we ended up working very well together. I asked him if he wanted to co-produce in the middle of making the record. And my friend Brian Murphy is a brilliant mind and has all the right ideas about parts and structures of songs. There weren’t any other writers though.

Here at Canadian Beats we like to include a just for “fun” portion to allow your fans to learn something new about you. Ready?

What was the first CD you ever owned?

Ace of Base – The Sign… It was a birthday gift from my Aunt Deb and my first  introduction to CD’s. I’ll always have a soft spot for that album, always.

Everyone has that one song (or few songs) on their iPods that is a bit of a guilty pleasure. What is yours?

Go for a long bike ride. Listen to records.

You’re stranded on an island. You can have three things. But they are non-music related items. What would they be?

A hat, a whittling knife, a board game (probably boggle)

And last but not least, anything you would like to say to your dedicated fan base?

I can’t wait to share my record with you all. Stay gold.