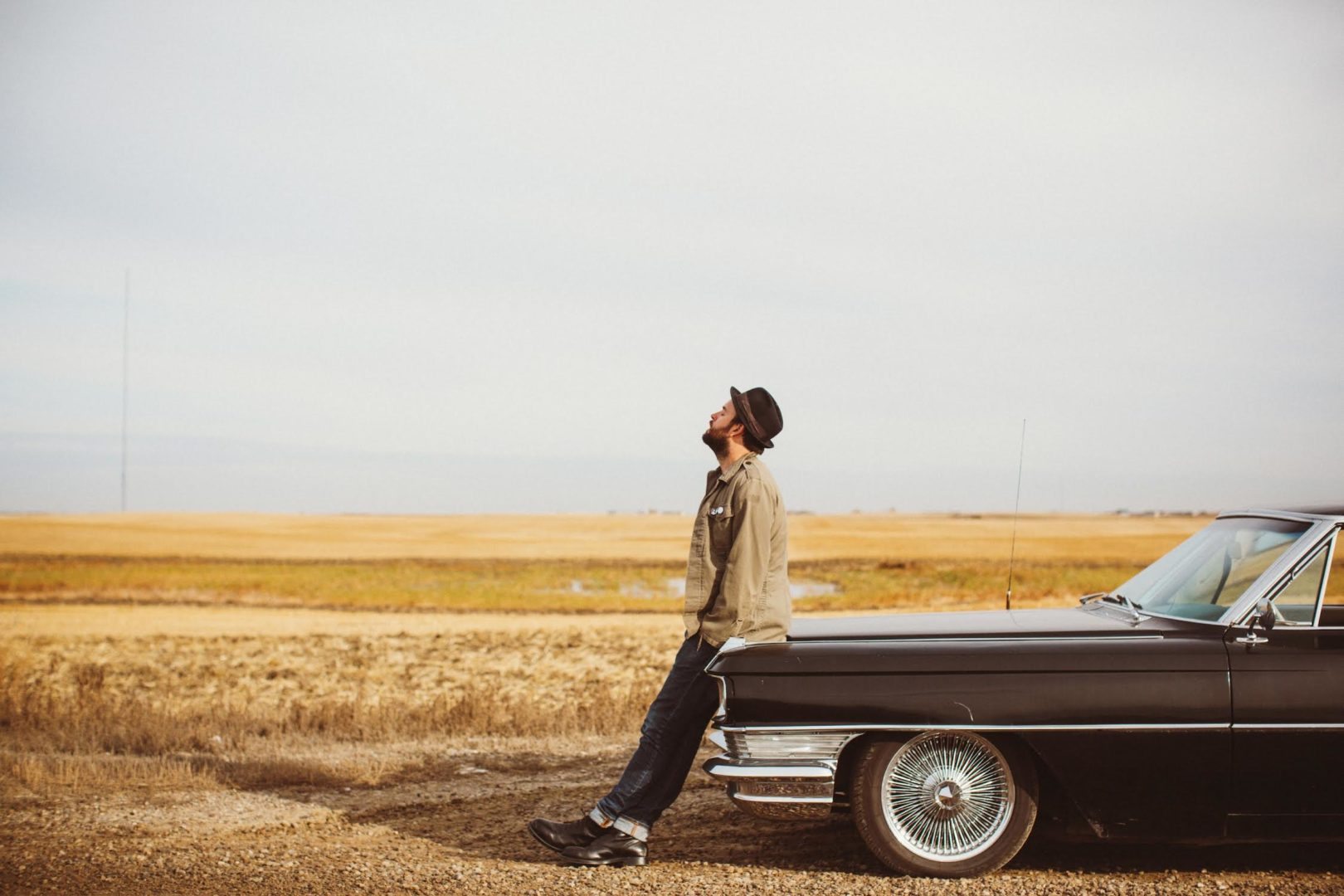 Alberta based singer/songwriter Leeroy Stagger has just released his tenth studio album, “Dream It All Away” through his own Rebeltone record label. The album hit iTunes on May 12, 2015 and Leeroy will also kick-off a set of tour dates in Red Deer on May 27, for more information on the tour, head HERE! I had the opportunity to ask Leeroy a set of questions about his musical background, his new album and the upcoming tour, so keep reading to find out more about this talented Country artist.

You are no stranger to the music scene, when did you decide you wanted to pursue music as a career?

My dad took me to see the stones bridges to babylon tour. I think the seed must have been planted that night. When I saw Ryan Adams on SNL in a Ramones T-shirt and an acoustic guitar it rung like a bell in my heart. I knew that was for me.

You released the first single from your album, “Something Beautiful” last month, how was the response from fans?

Well I have pretty great fans, they seem to support most things I do. The reaction to that song has been great. Its getting some play on mainstream radio. Thats a nice feeling.

Will there be a music video released for “Something Beautiful”?

I’m thinking we will get something going for that. I’ve always been pretty slow with videos for some reason but me and my photographer friend David Guenther have been experimenting a bit more lately.

You just released your tenth studio album, “Dream It All Away” on May 12, how has your sound changed through your ten albums?

Well this one feels 100% me at this point. The songs are the best and most complete I’ve written to date. Its rather straight forward as far as my records go.

What can you tell us about the writing process of this album?

Most of it was written right before and after my son was born. I was going through a monster depression and trying to work through it in my writing. Its incredibly honest and emotional in a good way. “Living in America” was written right after a trip to Chicago to one 3 shows for Steve Earle. It was insane to me to see this massive divide of rich and poor in that city. I’m not used to it living in small town Alberta.

If you had to choose one song for our readers to check out from the album, which would you choose?

Something Beautiful is pretty rocking.

What influences you when you are writing a song?

I like to write about what I see and feel. I’m not really one for making shit up. I deal with human emotion, that’s my currency.

Who have been your biggest musical influences throughout your career?

Wow, there have been so many. Steve Earle is a huge one. I love his politics and writing. Neil Young for his dedication to the muse and his Art, his records do something for me that no one else does.The Staples Singers are a big one for me as well.

You will be heading out on tour in support of the album, starting in Red Deer on May 27, which stop are you most excited for?

Calgary and Lethbridge are great. Victoria, Montreal, PEI, Halifax. They are all great. There is an amazing House concert in the Laurentians that I love. Black sheep In Wakefield is wonderful. I try to only play great places these days. For my mental health. haha

What can someone expect from a live show?

Hopefully great songs. Maybe an escape from the daily grind. Something Beautiful.

Mounties are Awesome, Dennis Ellsworth, Dustin Bentall, Dan Mangan’s new stuff in unreal, Barr Bros, there are so many.

Here, at Canadian Beats we like to ask a portion of fun questions that may help your fans learn something new about you, so here goes:

If you were asked to perform a cover song, what would you choose?

Mavis Staples “You Are not Alone”

A hard core punk band from the states “Brother Inferior”  All ages at Little Fernwood in Victoria. Sweat, Beer and lots of yelling. I was hooked.

If you were to put together a festival show, what other Canadian bands/ artists would you want to be part of it?

Oh wow, I wouldn’t wish that task on my worst enemy! basically I would invite all of my musical friends. Too many to name without accidentally leaving out and offending somebody!

Lots on my arms, I have a few weird ones, Ice cream cones, A Bee, A killer whale, Steve Earle Album cover. Hahaha

I love a dip in a mountain Lake! I’m also heavily into Fly Fishing these days

If you were given the opportunity to travel anywhere in the world, where would you choose?

I’ve never been to southeast Asia, I would love to go to Thailand, also Japan would be great.

Thanks for the support over the years.