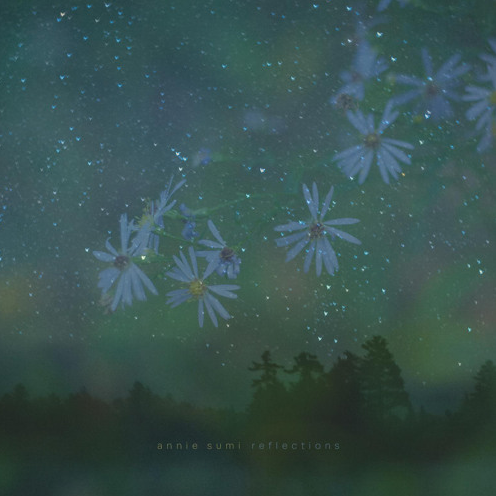 Annie Sumi, a Toronto based alt-folk artist released her debut album, “Reflections” on April 11, 2015. The album was recorded in North Bay, ON with the help of Juno-nominated producer Ben Leggett and a group of local musicians.

“Reflections” consists of eight original tracks that will have you completely mesmerized. I had two immediate favourites, the first being “Oak Tree” which is the second song on the album and I couldn’t help but get pulled in be the slightly raspy, soft vocals.

The seventh song, “When You Go” is the next that stood out to me. Annie’s vocals are best described as hauntingly beautiful. The album is made up of a great selection of tracks that each hold their own and entrance the listener while pulling at heart strings. I feel the need to mention the final track, as it closes the album perfectly. “Best Of Me” follows closely behind as one of my favourites, with heartfelt lyrics and the smooth vocals that I mentioned earlier.

Annie will be touring this spring , you can see more on the dates HERE!