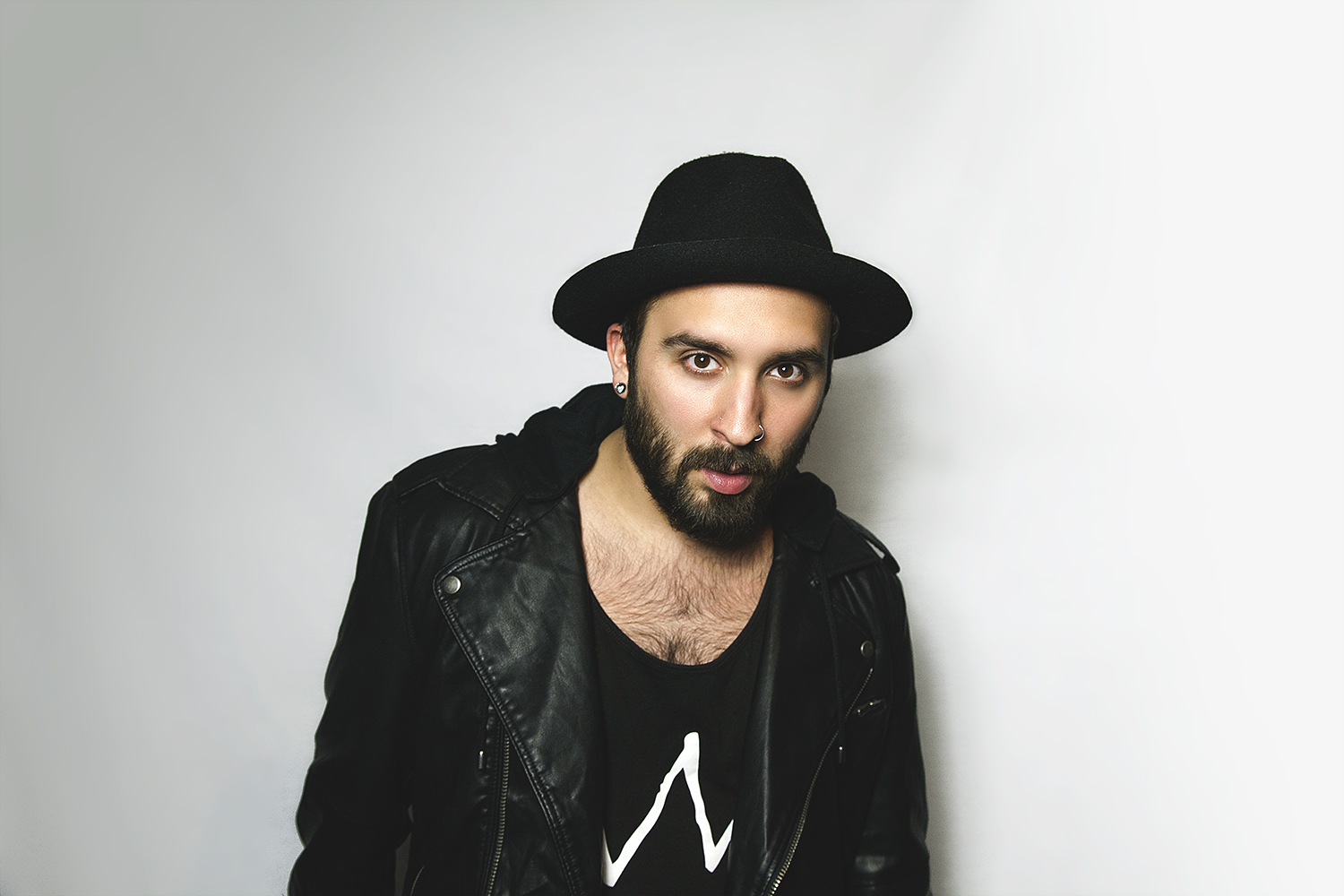 Toronto based singer songwriter Coleman Hell has recently signed a recording deal with industry giant Columbia Records. If you haven’t heard of Hell you’ve probably heard his song “2 Heads” which has been streamed over a whopping 11 million times on Spotify after being the most popular song the week of February 2nd. Since July of last year, Hell has been releasing a slew of new music including his collaboration with La+ch “You Are My Summer”, as well as “Thumbalina” and “Take Me Up”.

You can catch Hell in various shows he has coming up including Bestival and Edgefest. Until then check out our interview with him to see what else he’s up to.

How did it feel when you learned that your song was the most popular on hype machine? Did you expect that at all?

It felt exciting! I knew the song was special but I was still surprised at how instantly people reacted to it.

Do you have any new music in the works?

My debut album is practically finished and I’m constantly working on new material. I’m just waiting for the right time to start releasing everything.

I don’t have a specific process but I’m always writing down parts of conversations and recording melodies into my phone. Also, I like to start my chord progressions on this Casio keyboard I’ve had since I was a kid. Typically I find the best songs sort of surge through you and you finish writing them in an hour, as if they were already in there waiting to come out. 2 heads happened like that. I actually got really emotional the first time I sang the lyrics out loud and I started to cry. It felt like I tapped into some sort of truth that I’d been avoiding and it affected me. Usually if the song resonates on that level it’s a good sign.

I first fell in love with music by listening to my parents old records and cassettes. My mom listened to Motown music and my dad listened to 70’s rock. Another turning point was seeing this movie “The Devil and Daniel Johnston” when I was about 16 years old. The rawness of his songwriting inspired me to start recording myself. “True Love Will Find You in The End” is still one of the best songs ever to me

What kind of things inspire you to write songs?

Everything! I’m so in my own head all the time that I need to make music in order to process my emotions. It’s become the way I understand the world around me and helped me find my place in it.

You have a few upcoming shows. Can you give your fans a hint of what to expect if they see you live?

We’ve been playing a lot of unreleased songs, as well as what’s already out there. We’re high energy on stage and we love making people dance.

Have you played any of these festivals before?

No actually. I played a few last summer but they were overseas.

You’ve recently signed with Columbia Records. How does it feel being on such a well-known label?

It’s something I’ve aspired to since I started making music so it feels pretty validating.

Do you have any advice for bands and musicians trying to get signed?

I think if anything just keep working hard and put your blinders on. You’re only going to succeed if you want it bad enough.

We like to throw in a few fun questions so your fans can get to know you a bit better:

If you were in charge of a weekend music festival, who would you have on the lineup?

I’d have a festival that consists of only boy bands/girl bands that have numbers in their names. They would also have to perform in ascending order, One Direction, B2K, 3 Deep, B4-4, 5ive, Sixpence None the Richer, S Club 7, 98 Degrees, etc

What are the top three places you’d like to travel?

1. Brazil: I’ve always been obsessed with the Tropicalia movement and artists like Caetano Veloso and Jorge Selaron. Also the weather and people seem so beautiful.

2. Germany: Both my grandparents are from there but I’ve never had much of a connection to my heritage. It would be interesting to see where they grew up and try to contact some distant relatives.

3. Liberland: It’s this brand new micro-country between Serbia and Croatia. Apparently there will be no taxes and you can use any currency, even Bitcoin. They’re still accepting submissions for their national anthem so maybe I’ll send them 2 heads…

Who would be your dream collaboration?

I really like this production duo called Oliver, I think we’d make something really great together.

Well I don’t have an ipod but my most played song recently would be “Alright – Kendrick Lamar.” The whole album is amazing but I’m obsessed with that song specifically. It feels even more important right now with everything that’s happening in Baltimore.

Do you have any Canadian bands/artists you would recommend to your fans?

I’m part of a collective called “sideways” along with La+ch, Shan Vincent De Paul and Michah. They all make amazing music so I’d recommend checking all of them out. La+ch released his debut album “+” this year and it’s my favourite record of 2015 so far.

Thanks for all of the support and hopefully I get to meet a bunch of you hell raisers on tour this summer!