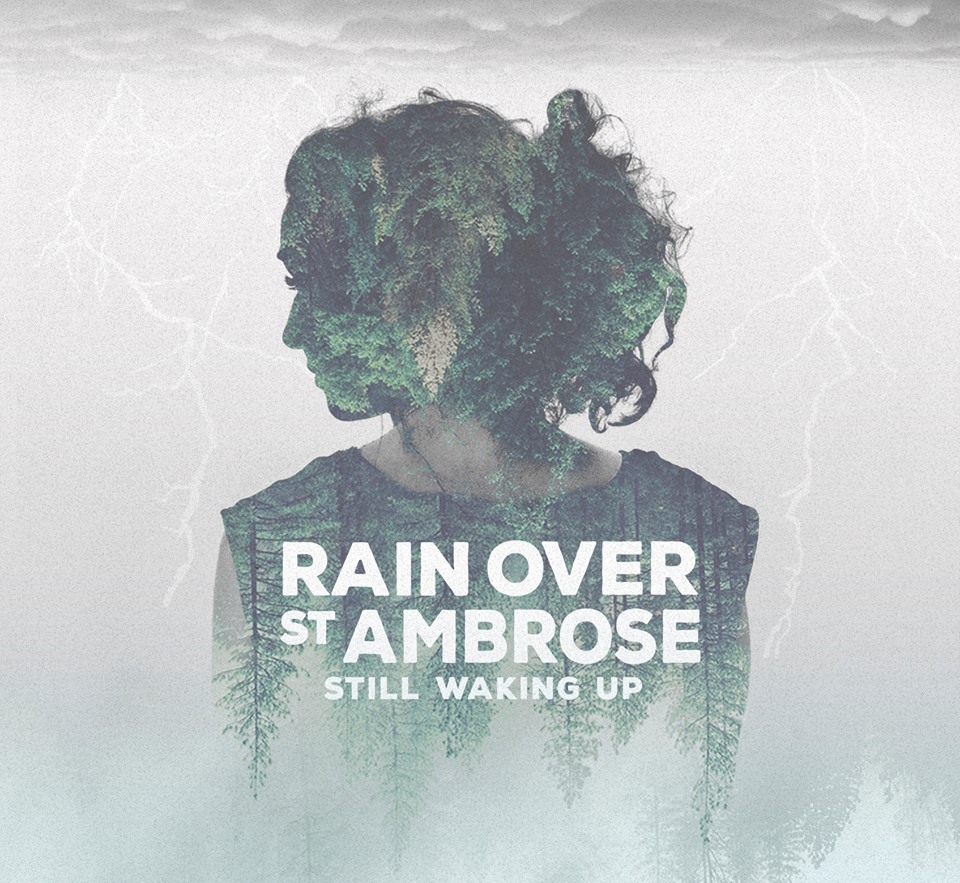 It’s not often I get to review a band that I have actually saw performing live, but in this case I am happy to say that I have had the chance to see Yarmouth based rock band, Rain Over St. Ambrose in concert. I was extremely excited when I was given the chance to write a pre-release review of their upcoming album, “Still Waking Up”. The album will be released on June 16, 2015 and trust me when I say you are going to want to head over and pre-order this right away.

The first track, “29 Takes” pulled me in, but I wasn’t surprised in the least. It’s an up-tempo rock song that will have you moving up off of your feet…or at the very least, in your seat.

Next up is the first single from the album, “Broken Love” which you can hear HERE! This track will give you a feel for what to expect from the album, and I can guarantee you will not be disappointed.

My favourite from the album is the fifth track, “Wasted Days”. The vocals are killer and also easy to sing along with, although if you’re like me, you can’t come close to perfecting these lyrics as well as lead vocalist, Cory LeBlanc. The rest of the band (Marc Durkee/ Curt LeBlanc/ Luke Amirault/ Matt Amirault/ Mathew Bridgeo) do an amazing job making this track one of the standouts on the album.

Following closely behind “Wasted Days”, is the title track, “Still Waking Up” which starts out extremely intense, leading into the most powerful vocals on the album, as well I would say it’s the most high energy song on the album, which is something rock fans crave.

This album is the perfect choice to add to your summer playlists, so be sure to head over and pre-order “Still Waking Up”. I also highly recommend you should check them out live, if you ever have the chance.