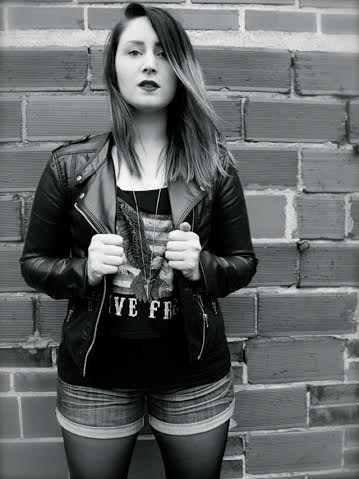 Up and coming singer/songwriter Kayd is gearing up to release her debut EP, “Pivotal” very soon. She has recently dropped her first music video for the song ‘Pivotal’ in anticipation for what is to come. She has emerged herself in the pop/rock genre, drawing inspiration from artists like Janis Joplin, Paramore and Chantal Kreviazuk. If you want to find out more about Kayd, you’re in luck! We got the chance to interview her, so check it out!

Why did you choose pop/rock as a genre?

I chose pop/rock because it is a genre that I enjoy listening to, and it is the genre that I pull most influence from.

What kinds of things inspire your songs?

I’d say life experience mostly. If I live it, I can write about it. Sometimes it’s also just what I’m surrounded by. Whether it be a friend or family member going through something, I like to write relatable music. My main goal is for the listener to feel something.

Is the single “Pivotal” a good indication of what fans can expect with the release of the EP?

This is a tough question actually. I’d love to say, “yes” to this but it’s really not. I guess its a great introduction to who I am as an artist but if you were to further listen to the album… There’s much more to it. ‘Pivotal’ tells a story of me branching out from performing and
writing songs strictly in my bedroom to bringing it out to venues for people to hear. In a music sense, the entire album otherwise has a bit more edge to it. Guess what I’m saying is, you’ll be surprised… Take a listen 😉

Do you have any idea on a release date yet?

Well it’s available as a hard copy album right now but it’ll be readily available for iTunes early May.

Do you usually write the music first or the lyrics?

It depends on the song! For this album in particular there would be times where I’d be just at work and a melody would come to me so I’d run to the back room to voice record it on my phone. Other times, I’d be fiddling around on a piano at home and immediately jot down what I thought I could work with. But always instrumentally, was piano first, as that’s my strongest instrument aside from my vocals, then I’d take them in the studio and my producer for the album, Jay Baty, would then take what I had and add his spin on guitars.

What are you planning to do after the release?

After it gets released on iTunes, the goal is to get it in as many ears as possible!! Tours, music videos, online promoting. Play, play, play!!! Which is the best part. I’m always writing so that’s another thing that’s never put on the back burner. I enjoy it and there’s always room to grow.

Do you have any tours in the works?

YES!! Which I’m incredibly excited about. We’ve got plans to cover Ontario and then hit the East Coast.

You have been playing and writing music for a very long time, but when was it that you discovered it was what you really wanted to do?

I actually grew up singing in a church gospel choir and that was my start to music. From that, I began writing music at home and I kept it under wraps as I wasn’t sure what I had was even any good. I just knew I loved what I was doing. I then sought out vocal sessions with my vocal coach, Danny Lamb, he questioned me about what I was doing with my voice and if I wanted to do anything with it. I told him I had been writing and showed him what I was working on. From there he basically told me it was time to leave the four walls I barricaded myself behind. That formed ‘Pivotal’. Since then I’ve been playing out and absolutely having the time of my life.

Without question… HAYLEY WILLIAMS from Paramore. The entire band is incredible and vocally, Hayley has been a huge inspiration for me to keep working on my voice. Even their writing is incredibly thought provoking to me.

What is the biggest goal you wish to accomplish by the end of 2015?

Get those tours done and meet people! Continue writing and growing as an artist overall.

As a Canadian Beats tradition, we end off interviews with some fun questions. So here they
are:

What is the most played song on your iPod?

Chantal Kreviazuk… What I like to call, Canadian music royalty. That was the concert I realized, I wanted to do exactly what she was doing. The way her songs told a story… That spoke to me.

Who is your biggest celebrity crush?

Thank you SO much for listening to what I’ve been inspired to write for you to hear. Means
the world to me. I hope you can dig it. Lots more to come.