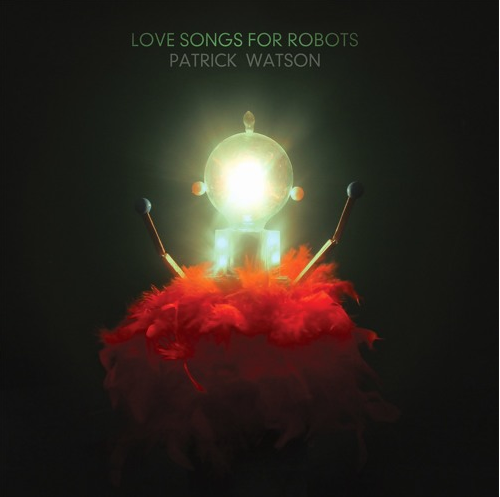 Patrick Watson is a singer/songwriter from Montreal, QC. Patrick has released his fifth record today, via Secret City Records. The album, “Love Songs For Robots” is a follow up to his 2012 release, “Adventures In Your Own Background” which was certified gold in Canada, and garnered attention worldwide.

“Love Songs For Robots” features ten tracks, which were recorded at Capitol Studios in Los Angeles and Studio Pierre Marchand in Montreal. The album combines a mixture of Pop and Rock, with a touch of what I can only describe as Soulful Easy Listening. His unique singing voice can be branded in many ways, but I personally would call it mellow and hauntingly beautiful, but all the while carrying a strong, appealing tone.

I found it surprisingly easy to choose a favourite on the album, simply because the eighth song, “Alone In This World” struck a chord with me immediately. I personally find the vocals on this track are beyond perfect and I was initially only able to hear the vocals, nothing else mattered, but the more I listened, the more I fell in love with this song in its entirety.

Don’t wait any longer to go to iTunes and grab this album, you won’t regret it. I can clearly see why Patrick Watson has been in the music industry for this long, and I’m quite certain he will be around for many years to come!