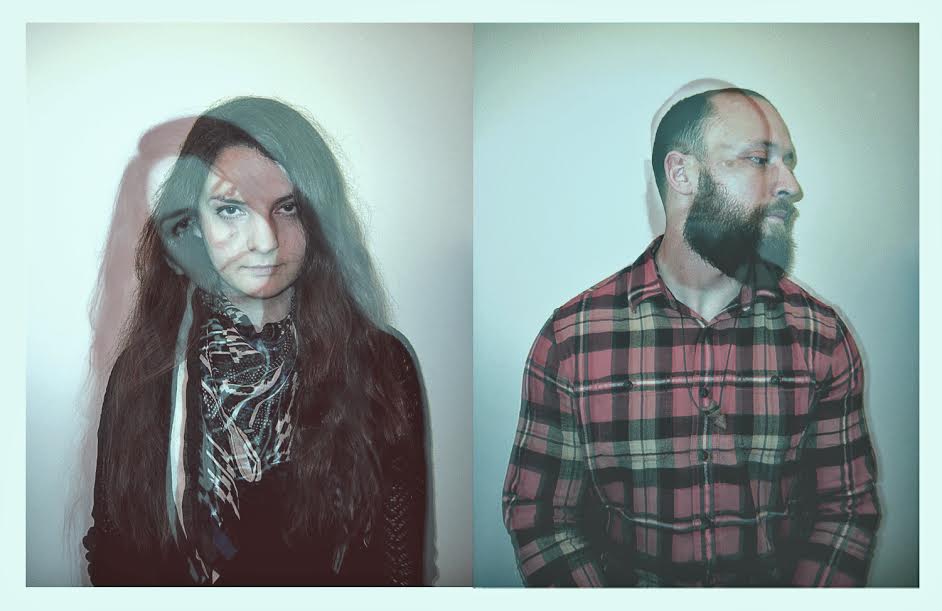 I recently had the chance to ask Rebecca & Joel from indie-folk duo, Girl Meets Bear. The duo is based in Toronto and has recently released their new single, “Ignore” which was recorded and produced by Mike Rocha at Riverworks Music Studios in Toronto. You can find the single HERE!

Now it’s time to learn everything you want to know about this talented electronica indie-rock duo, because I’m sure you’re you’ll be hearing their name around much more!

Rebecca: I’ve been into music for as long as I can remember but when I was in high school I started song writing a bit. I became obsessed with playing guitar and was discovering a lot of awesome music. I guess that’s when I wanted to seriously pursue it..

Joel: There was never one moment. It feels like I’ve been pursuing a career in music my entire life. I used to perform playing a wooden spoon like a guitar while listening to music when I was still a toddler. I picked up the bass when I was eleven and started learning songs voraciously. Same with the acoustic guitar when I was 16. That was when I started writing songs. It wasn’t until a few years later that I learned theory, and after that I was hooked.

How did the duo meet and form?

Rebecca: We met in the library at Grant MacEwan University Centre for the Arts in Edmonton. I was doing this paper on alternative rock and was holding a stack of books. One of them was this book called No Wave: Post-Punk. Underground. New York. 1976-1980; which had a foreword in it written by Thurston Moore. Joel walked by and was like, “That’s a good book.” He’d taken out that same book the year before for his paper, which was also about the history of Alternative music. We spent the rest of that school year essentially conversing about the bands we had both studied. I think we both found college an isolating experience, so we really identified and clicked with each other.

About a year and a half later we started working on music together. Joel listened to one of my solo songs called “Cruel Advice” and was stoked on what he heard. That week we began passing songs back and forth, and we’ve never really stopped writing together since.

How did you come up with the name, “Girl Meets Bear”?

Joel: When we first started playing together I was just backing up Rebecca’s solo project as her bass player. The first time we played together she used a picture of a girl sitting on a bed with a bear next to her on the Facebook event page. A couple of months later after we had been writing together and evolved from a solo project into a duo. We knew we needed to call this thing something so we came up with a bunch of names that revolved around that picture. At one of our first gigs as a duo where we played co-written songs at the Accent Lounge in Edmonton, AB, we gave the audience pieces of paper and pens and pencils and asked them to choose which name they liked the best based on appeal. It was unanimous. Everyone picked Girl Meets Bear so that’s what we went with. Our name was chosen by the people.

Joel: Alan Cross, a radio DJ from 102.1 the Edge in Toronto, ON. If it wasn’t for his commitment to new rock and music history I probably wouldn’t think about music the way I do now, or be as into the bands that have shaped my playing throughout the years.

Rebecca: My parents, they are both big music fans. My mom taught me piano. They’d take me to see live music all the time growing up, from the opera “Carmen” to The White Stripes!

You released your new single, “Ignore” on February 14, how has the response been?

Joel: The response has been very positive. I don’t think that either of us expected “Ignore” to pick up so much steam and gain so much exposure so fast. We are both really proud of the song, and know that it’s a good track, but seeing other people start to recognize that as well is a very cool thing. It has definitely reached a lot more people than I expected from all over Canada and the US. That definitely makes us excited to get more music out there.

Rebecca: Every song a written a little bit differently. Sometimes it starts with a lyric, or a chord progression on an acoustic guitar, sometimes a few measures of a full arrangement on GarageBand or Logic without a song structure. I think Joel really pays attention to the musical theory and harmonic movement of each song while I kind of have to let go of everything I know about music when I write, but I think that’s why our collaboration has worked.  We have rarely worked in the same room on a song, always back and forth over the internet.

Joel: Our process works so well because we have a lot of respect for each other as artists and creative minds and we each give each other the room to explore our ideas in private before sharing. We both really love music and the process of writing a great song with a beginning middle and end and that really has been the essence of our process and why we are able to do what not many other writing teams in 2015 can do. Truly collective, respectful and collaborative song writing.

“Ignore” was part of CBC’s comedy television show, “Schitt’s Creek”, how does it feel to hear your music on a tv show?

Rebecca: I thought it was surreal. That song didn’t have any radio play at that point. Very exciting to hear something we worked hard on, playing across the country. It’s wild to think that we took this song idea from pencil and paper and it turned into something permanent and accessible. I definitely enjoyed that process.

Will you be releasing a music video for “Ignore”?

Joel: There are no immediate plans to do so, but we are definitely open to the idea of collaborating on a great idea.

When can fans expect more music from Girl Meets Bear?

Rebecca: We’re actually going into studio to do some recording in June with Mike Rocha at Riverworks Music Studios in Toronto. Another single is on the way this summer and we’re working on getting an EP together! Look out for the release sometime in 2015.

Do you have any upcoming show dates that you’d like to tell us about?

The focus right now for us is on writing and recording but we are definitely open to the possibility of performing should the right opportunities come our way.

Canadian Beats is all about Canadian music, who are some of your favourite Canadian bands/ artists?

Rebecca: Anyone who knows me knows I love Sam Roberts Band. I love seeing them live! They perform with such conviction, even songs like Brother Down they’ve been performing for years. So rock and roll. Metric, Arcade Fire and The Tragically Hip have definitely had a big impact on me as well.

Joel: I listen to a lot of Canadian music! Right now Arkells are absolutely killing it. Easily on my stereo a lot these days. Half Moon Run is also doing some great things. Also I’ve been listening to a lot of Braids and Royal Canoe. Of course I will always be a fan of the classics as well. Sam Roberts, Metric, the Weakerthans, Matt Good, OLP and Broken Social Scene have all left a huge impression on me throughout the years. I’m always searching out great new Canadian music so if you have any suggestions please let me know!

Joel: Phil Collins at the Skydome in Toronto. I was 9 years old.

Rebecca:  First official big rock concert was The Barenaked Ladies at the Sadledome in Calgary for their Maroon tour. It was a Christmas present. It was the best! I think I was 9 too!

Who would you love to see in concert, but have yet to have the chance?

Joel: The Dead Weather for sure. And the Roots.

What is the one thing you cannot leave your house without?

Rebecca: Just soaking up the vitamin D on a patio; with good company, drinking coffee, eating a croissant…

Joel: Taking the streetcar at night without a winter coat on and opening the windows, the first trip to Canada’s Wonderland or rolling down the windows and driving with the music up.

Joel: Yes I have 6. I have a half sleeve that is a collage of all the monsters from the Ghostbusters movies; a Royal Canadian Mounted Beaver on my leg; a tribute to the first song I ever read off of paper across my chest; a couple of small pieces on my arms and my favourite is a drawing of Joe Strummer that Rebecca did on my left shoulder. We scanned her drawing and I got it tattooed because it’s so awesome and we both really like the Clash.

Rebecca: Nope, too much commitment!

If you had to choose one song (other than your own) to be part of the soundtrack of your life, what would it be? Why?

Rebecca: Maybe “Where It’s At” by Beck. I feel like it’s like an event when it comes on the radio. Good mood music.

Joel: “Another Day in Paradise” by Phil Collins. It never fails to remind me to never take my life for granted. Either that or “Could You Be Loved?” by Bob Marley. That was one of those wooden spoon songs and even when it comes on now my entire world is affected by it.

Rebecca: Thank you for your support and sharing our music! It always encourages me to keep working hard and get more music out there!!

Joel: Thank you. I can’t think of anything else I haven’t covered. Thank you. Sincerely.