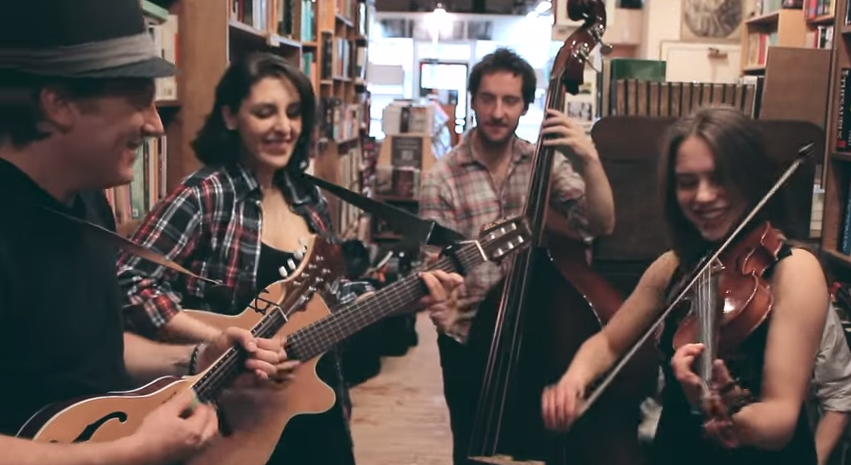 The band has just released a video for their single, “Tell Me A Story” through Current Sessions Productions in Balfour Books on College St. in Toronto.

On top of this, the band has released a brand new single entitled “Mountain” which you can hear HERE! “Mountain” is off of their upcoming album to be released May 26, which was produced by Juno winner and Grammy nominee, Ken Whiteley.

Are you interested in learning more about Crooked House Road? You’re in luck, we will be conducting an email interview with the band later this month! Keep an eye out for that, as well as a review of their upcoming album!