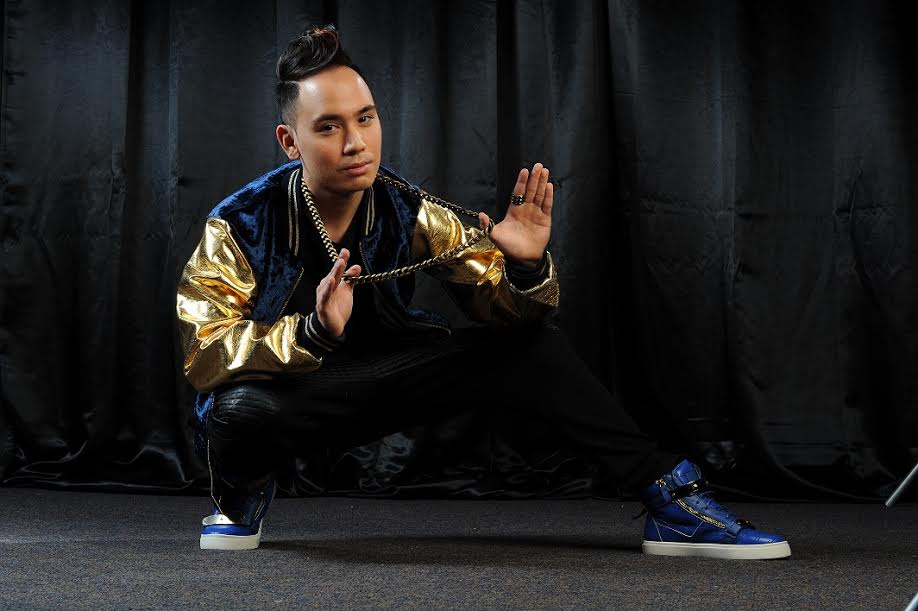 Young Avz is an independent singer/ songwriter from Montreal,QC. He has toured and worked with some of Canada’s biggest artists, such as Shawn Desman, Massai, and Danny Fernandes, and has even done a YouTube tour with Ryan Higa, JREYEZ, Lydia Paek, and more!

We did a previous interview with this multi-talented Canadian artist, but with so much more on the way, we decided it was time for another question and answer portion! He is back with his new official single,  “This Love” which will be released on May 11, and is hard at work on his new album, which will be released later this year, or sometime next year! Keep an eye out on Canadian Beats for updates!

You are about to release your  new single, “This Love” on May 11, how does this song differ from your previous releases?

This Love is a song I created from scratch to finish along with the music video,  that alone has so much meaning to me. I feel that This Love from the lyrics, melody and everything is a step up from my previous release.  I’ll let my work speak for itself once you guys hear it 🙂

What inspires you when it comes to writing music?

Everything around me has some sort of inspiration when it comes to writing and producing a song. One thing for sure is being able to inspire others with my music is something I think of when writing a song that everyone can relate to.

You will be releasing 3 video teasers, followed by the official release of the music video in June, what made you take that route?

Since my previous promo single release, I would consider this my comeback not because I’ve been gone and haven’t been active, but because I haven’t been able to put out the right song at the right time for that gap since my promo single until now. Now I’m back with my first official single and I want to give as much back to the fans and everyone who’s supported me through it all, so having these 3 teaser videos each one different than the other, building up to the official music video release. I owe that much to the fans.

What can you tell us about the making of the new video?

Where can I start, first off being independent is such a great feeling but what’s even better than that is having the few in your circle that you can call a team as well as family and that’s what I have, a few unique individuals who’s been there with me through rain or shine.  My choreographer & I, Leon Blackwood has put so much time and effort into making the vision for This Love to come to life. From the lighting, to the custom set we’ve built. It took  3 and a half days to film everything. The first days focus was mainly on the performance with the dancers , and the day and a half that remained was more on the focus of the story that’s being told throughout the video.

The end results. Looking back at the footage while editing the music video was such a accomplishing feeling knowing that I was able to make it happen.  The vision became a reality after all the hard work and I couldn’t have done this without my parents, choreographer, videographer and  my amazing dancers who put in so much work towards this project.

You’ve been hard at work on your upcoming album, to be released later this year, or next year, what can you tell us about that?

The only thing I can mention is that this album will define me as an artist and everything I’ve been through. From party, love, and life related situations that I’ve personally been through or witnessed. Each song combined together defines the title of the album which I will be revealing later on in the year.

You have worked with many Canadian artists such as Blake McGrath, Massari, Danny Fernandes, Shawn Desman, and many YouTubers such as Ryan Higa, JReyez, Lydia Paek (YG Ent), DPryde, Brian Puspos, JRA just to name a few, are there any that you would like to work with that you haven’t had the chance yet?

There’s no one that comes to mind at the moment but I’m always down to collaborate with any talented individual as long as they are hardworking and passionate with what they do.

When can fans expect some tour dates?

Everything is being worked, several shows here and there mainly outside of Canada but official dates will surely be posted on my social media.

Thank you all for being the support you are in my life and career. I wouldn’t have been able to come this far without you guys. I’ve been through a lot and those who’s been on this crazy ride with me knows it. I hope you continue to show your love and support and remain on this journey of mine.  Get ready for the 2nd and 3rd single followed by the album 😉