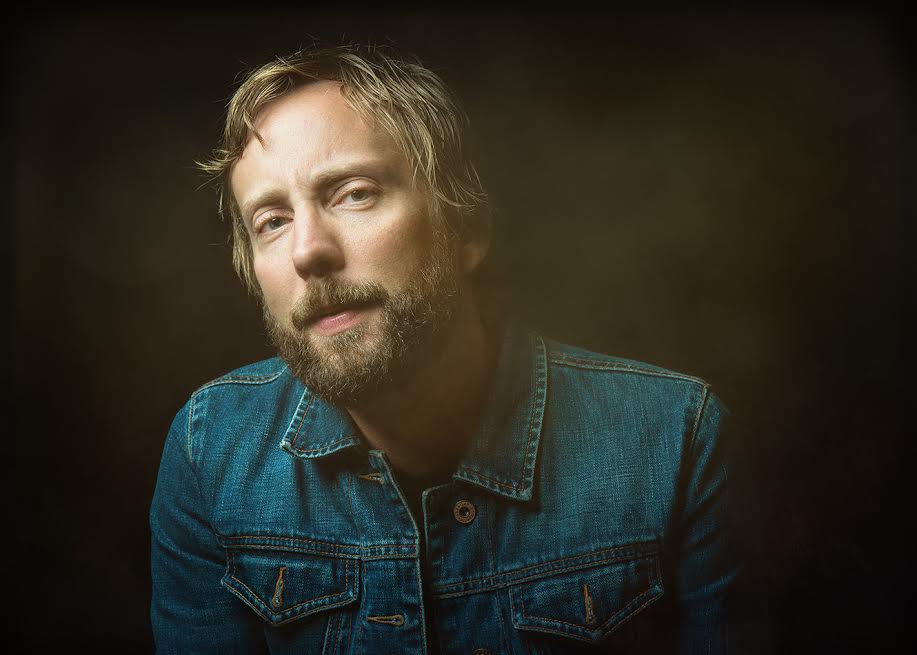 Ryan McMahon is an indie/rock/roots artist from Ladysmith, British Columbia. After carving his way through the Canadian music industry for 15 years, McMahon has released his fourth full length album, ‘Put Me Back Together’. Released on April 21st, McMahon recorded the album with Christopher Arruda, a member in the band The Lion the Bear the Fox, which McMahon co-founded in 2012.

McMahon has toured the country more than 25 times in his 15 year career as well as shared the stage with acts such as Lisa Loeb, Carol Pope, Nickleback, and Mother Mother, just to name a few. He has performed at various music festivals across the country including the Western Canadian Music Awards, Canadian Music Week, JunoFest, and Music West and has won Male Vocalist, Record and Artist of the Year at the 2012 Vancouver Island Music Awards.

He has hit some of the most legendary stages in Canada including the Horseshoe Tavern in Toronto and the Commodore Ballroom in Vancouver. He is currently making his way through western Canada on tour yet again:

We had the chance to ask McMahon a few questions in this interview. Be sure to check it out as well as the links to his social media sites and new album below.

Your new album, ‘Put Me Back Together’, has just come out. How has the fan reaction been so far?

Well, now that this solo thing has become somewhat of a ‘vanity project,’ reaction from folks is probably better than ever – and it’s because I’m relaxed and having fun. Before I was in The Lion The Bear The Fox, this was all I had, so I would concern myself with every last little detail. I’m having more fun, which comes out in the recording, and folks seem to like the new album as a result. Maybe they’re lying. They wouldn’t lie about liking it, would they?

What was your favourite song to record for the album? Least favourite?

Favourite is tough, because the entire process was made enjoyable by my friend Christopher Arruda, who produced it. Every song was a blast. However, “End of Fun” was a little more painful for me because I was extremely attached to my demo, which I had fleshed out considerably. I still have a tough time listening to the final, new version, because it’s missing a few of the things I had recorded in my workshop back home… Overall, I know it’s a better recording though. Just different.

What were some of your inspirations for the album?

The usual. My marriage, my children, my mortality, my views on connectivity and how we relate to one another. If I love a subject, I’ll open the door and enter that room. See where it leads…

How have the first few shows of the tour been?

First shows have been fun. It’s the first time in years that I’ve toured solo – even without a tour manager. It’s lonely at times, but I have a break right in the middle where I fly out to Toronto and join LBF for CMW. That’ll break it up.

What can fans expect in your live show?

White guy, acoustic guitar, Blundstone boots, singing his heart out and living the dream. Also: cowboy shirts that appear to be raided from Jim Cuddy’s closet. Those also.

Has there been any crowd favourites from the album?

Some folks have followed me for years, so they’ve been real honest about their favourites. “What’s to Become of Us,” “Underdog” and “Subject to Change” appear to have taken the lead… but everybody almost always says a different song.

How did it feel when your song was featured on Californiacation?

Like switching lanes from the lone, grey asphalt of the highway to a freeway of rainbows with a pot of fudge at the end. I thought it was a cool show, and my initial thought was “This is better than a toothpaste commercial.” Having said that, I hope Colgate calls soon.

Warren Zevon, Bruce Springsteen, Eddie Vedder, movie scores, Neil Young, Motown, and so on and so forth… I hear something new almost every day that I find inspiration in.

What has kept you going in the music industry for 15 years?

The fact that I don’t want to do anything else, coupled with the fact that no matter how exhausting it can become, I still love the work and the people you come across in it. I’ve had the great luck of meeting some fine people over that time, while quietly and slowly sneaking in through the back door of the industry. It’s a very interesting job, most of the time.

Do you have any advice for someone looking to make their way in the music industry today?

You’d better love it. Nothing will likely happen quickly, so just enjoy the work and the process. Also, be weary of who you attach yourself to. The people that surround you represent you too, and everyone has to be on the same page. Be aware of everything; every facet of what goes into doing this for a living.

Well, CMW in a few days, for one thing. I complete my West Can solo tour, go home for four days, do laundry, then run right back out with LBF for another 2+ weeks… Summer has the band playing some festival dates, as usual, then this fall, I’ll continue doing some CD Release dates on Vancouver Island on my own as well. We’re not allowed to stop… just keep hustling!

What has been your favourite concert to attend as a fan?

Sweet question. Radiohead at Thunderbird Stadium was awe-inspiring. I was in my early 20s and wasn’t even a huge Radiohead fan at the time. I certainly was and have been since that show. BB King in ’96 at the Royal Theatre in Victoria was also pivotal for me.

Do you remember the first album you ever bought?

Shit. In keeping with honesty, it would have to be two at the same time… Much Music’s Dance Mix ’92 and House of Pain’s first record. The one with “Jump Around” on it. The records my Mom and Dad gave me saved my life (Janis, the Doors, CCR, Zeppelin).

I love baseball and paddle boarding. Paddle boarding helped me conquer my fear of open water and also brought me peace away from the craziness of this career. I’ll do that for as long as I possibly can.

I’d like to see Italy, Australia and the UK. I haven’t travelled outside of North America yet, which at 35, seems like I skipped some steps to adulthood. I know why though… and it’s because getting a music career started was all I could see from about age 17.

I frickin’ love you guys. Thanks for the ride so far.

Put Me Back Together: https://itunes.apple.com/ca/album/put-me-back-together/id980869839