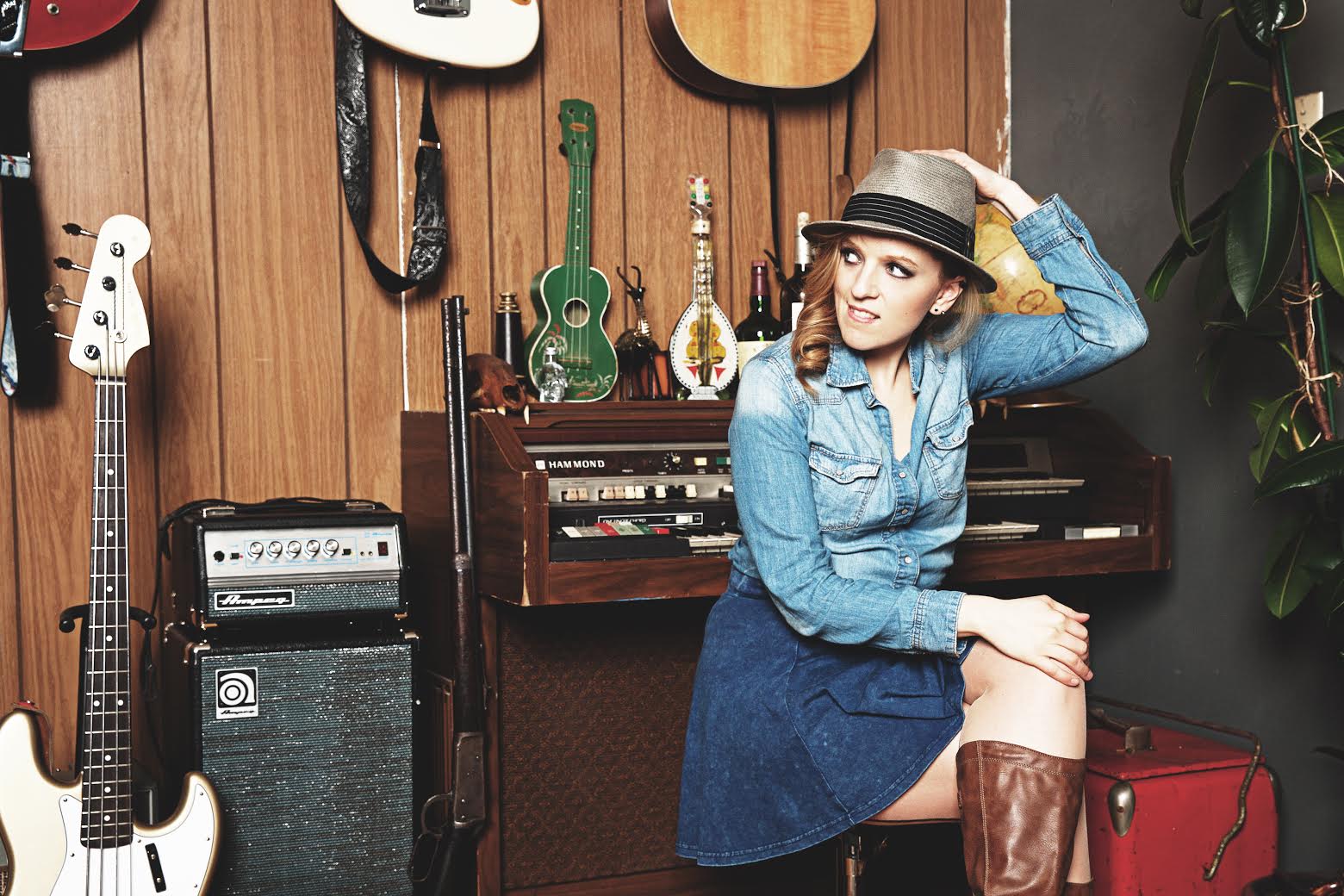 Toronto indie-pop singer Sarah Burton had recently released her fourth album “Make Your Own Bed” on March 17. Since then she has done a bit of touring to promote it and is currently still on tour. She has been known to play a mix of different genres and tell stories of different emotions. We were lucky to get an interview with Sarah, so check it out below!

How have the fans reacted to “Make Your Own Bed”?

So far so good! I was worried that some fans would think it was too different from what I’ve done before, but they seem to like the departure.

Can you tell us a bit about the album?

It’s a piano-driven pop/folk album, with songs I’ve been working on and saving for this album for a long time. Piano is my first instrument, but I stopped studying it for 10 years after a tragedy my piano teacher suffered. When I started playing again and writing on piano for the first time, I poured myself into the writing and thought about my teacher (Ivona) a lot. I have never put so much work, effort, care, time and resources into a project as I have into this album. Maybe I was trying to make up for lost time, and I was certainly trying to pay proper tribute to Ivona. It’s produced by Derek Downham, recorded by Ken Friesen at Signal Path, mixed by Jeff Low and Phil Houston at Bunny Vs. Kitten. It’s poppy, but also Alt, folk and at times, pretty rockin.

In what ways do you think the album reflects you as a person?

Well, almost every song comes from a close to home feeling or story, so at its core, the whole thing reflects pieces of me over the last few years. “Make Your Own Bed” is all about making your own decisions and seeing how each moment indicates the next – I have tried to take a step back from myself to see what kind of chain reactions I have been creating in my life. I have made good decisions and bad over the years, and that should be reflected in the music. We all have to take ownership and responsibility for our own lives – I am trying my best.

What is it like touring in the US and Canada?

I have spent far more time in Canada, not in every part of the country, but I’ve been three times out East and a dozen or more times out West. For the places I have been to repeatedly, I know it sounds cheesy, but going there feels like home (cities like Vancouver, Edmonton, Lethbridge — places I have envisioned myself living). There are tiny towns (Rolla, Wells, Kaslo) that give me that same feeling, and mostly it’s because of the people. I am so lucky I get to connect with so many amazing people, and then see them year after year. So basically, touring Canada is like having a giant family, and I am the gypsy band member who pulls into town once or twice a year for a visit.

I have not toured the US as extensively – at this stage I am still trying to wear a path, meet people and find my place in that world. I just returned from the US and it was beautiful. The landscape and people are so diverse… some cities were harder than others to meet people, or get people to shows but I made new friends and new fans and I can’t wait to go back. Highlights were Terlingua, Texas (a ghost town in the desert, close to the Mexican border), Mobile Alabama (where I played in a record store owned by an Australian guy who used to tour with Canadian, Keith Glass of Prairie Oyster fame), and California’s central coast where I played at a vineyard thanks to my friend and fellow Canadian, Billy Manzik.

Do you have a favourite place to play?

This is always so hard to answer. I could do a whole book of favorite places to play. I think after this trip I just came back from, a new favorite will be the Starlight Theatre in Terlingua Texas. Old favorites that feel like home in Canada are The Black Dog in Edmonton, The Dakota Tavern and the Cameron House here in Toronto, The Ironwood in Calgary. I could go on.

For fans who haven’t seen you play yet, can you describe what a typical Sarah Burton show is like?

That depends – with the band, you can expect a fun and diverse show, ranging from intimate and introspective to dance party. I love my band – Vic Beard, Scott Nickol and Alfred Chow are all fun and awesome and we have a blast together, so we hope the audience does too. When I play solo, I usually work without a setlist or much of a plan and choose my songs in a stream of concious kinda way. Stories are usually interwoven between songs – sometimes I feel like I may as well be reading from my diary. It gets personal.

Is there anywhere else you would like to tour?

Everywhere. I’ve been taking it slow as far as adding countries to my roster, but my plans include more extensive US touring, and I would like to go to Europe and Australia next. Long term, I would love to tour Japan, China, Bali, South America. There are few if any places that I don’t want to go. It’s just a matter of choosing the order and timing of it all.

I’m sticking around Toronto until early-mid July. The band and I are playing lots of shows locally (every Wednesday in May at the Cameron House) and a few out of town this spring. I also will be reuniting with my Americana buddies, The Ole Fashion – every Sunday at Opera Bob’s. My pop/rock band Hot Peach will be playing sometime in June, and I’ll be teaching at Seneca College in the Independent music and songwriting programs. I also just received a grant from OAC to start working on an exciting collaboration that will be coming very soon…

The next few questions are a Canadian Beats tradition. We like to throw a few fun questions at the end of the interviews.

What was the first album you ever bought with your own money?

Does allowance count as my own money? I don’t remember the order in which I bought my music when I started really making my own money from my part time job, but one of the first albums I remember buying with money I had earned from chores, was at Vortex (used record store at Yonge and Eglinton) and it was Led Zeppelin 1. I was 11 and I bought it on a hunch, based on the cover art.

I don’t think I have ever done the same song twice, BUT I once did Tupac’s “California Love” (one of my all time favorite songs) at a Karaoke contest in Thunder Bay when I was on tour with a production of Hedwig and the Angry Inch and I won $50. SO I think that must be my go-to.

What is your favourite tour story?

That changes from day to day. Today, my favorite story is from Terlingua, TX. After my gig I stayed with one of the waitresses on her converted School Bus (it was beautiful – complete with a stone step front porch), and at the end of the night, having a beer and hang out with some locals, my host (Sandy) said, “have you ever seen underground fireworks?” I had no idea what that was so I shook my head “no.” Ten minutes later we are standing on a huge grate, covering a hole in the desert ground that reaches a mile or so down. We have a stack of roman candles, which we light and drop down into the hole, one at a time, while we lie face down on the grate, watching beautiful embers float and bounce their way down the vast blackhole.

Wherever you are, whatever you’re doing, I hope you’re happy and healthy and having fun. Life is short, life is long, be good to each other, sing along.

Share this:
Related ItemsCanadianIndieIndie PopMake Your Own BedontariopopSarah BurtonTorontoToronto ON
← Previous Story Interview – The Wild
Next Story → Interview – Daniel Wesley