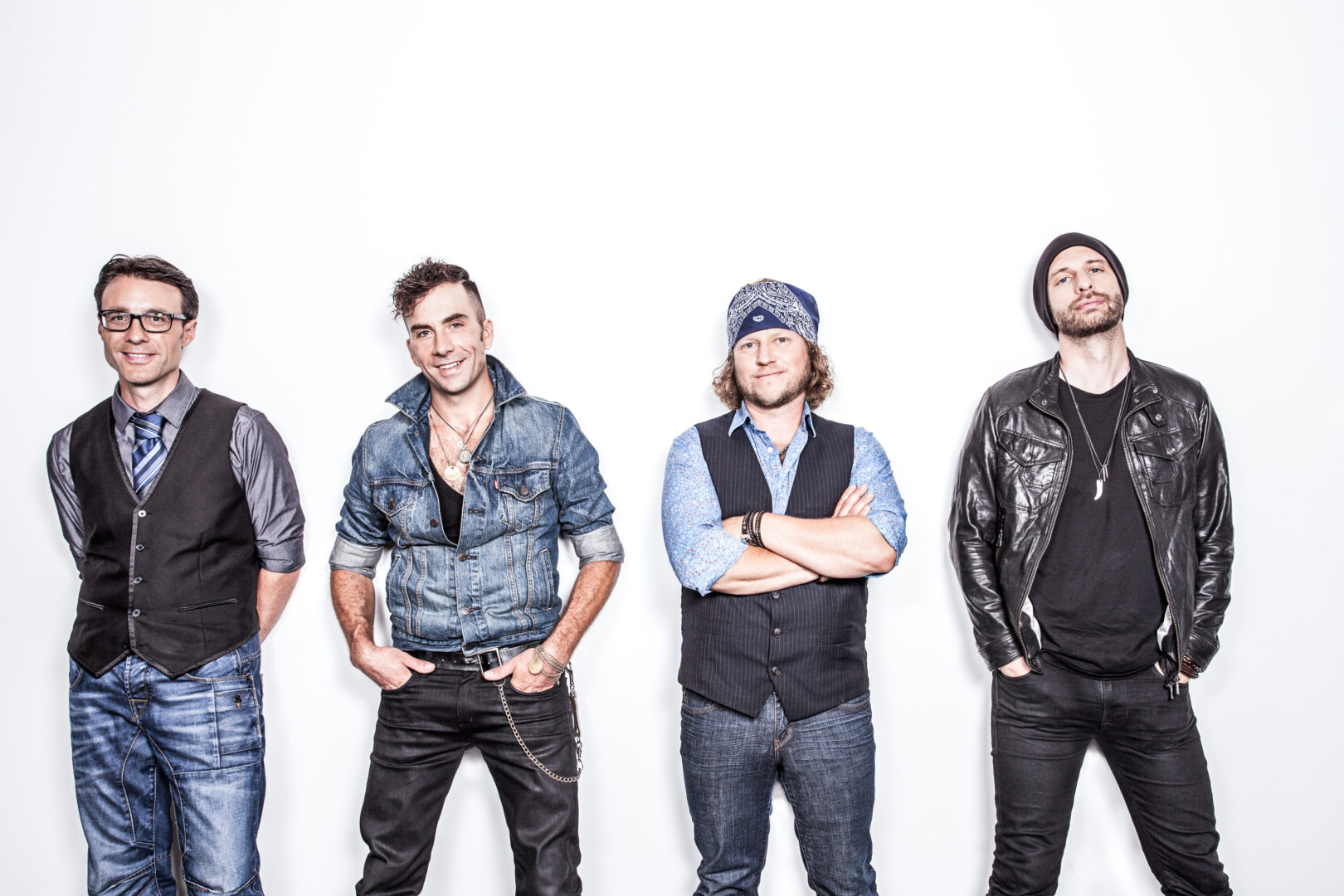 Alberta based country band, The Boom Chucka Boys is made up of Ryan Langlois, Joel Rathjen, Teddy Roy Michaylow, Ben Shillabeer & Neil Macdonald. The band is signed to Royalty Records and has been nominated for Canadian Country Music Associations Group/ Duo of the Year, and Winners of 2015 Alberta Country Music Awards for Group of the Year and Rising Star.

The band released their album, “Ramble” on February 10, and have released 2 singles from the album, “Turn This Car Around” and “Rebel Wings”. If you are looking for a super talented Canadian Country band to listen to, look no further!

I had the chance to ask the band some questions about their background, their music and much more, so here it is!

When was the band formed?

The original BCB’s formed around 5 years ago. We added a new drummer around one year ago and now we have a 5th member that’s been with us for somewhere between 3 and 6 months…HA! Man, time gets to be a blur when you’re rolling on the musical highway!

I met Joel(lead guitar/harmonies) at work(both of us work for ATCO Gas). We were fairly new on the job and someone introduced us saying, “hey, you play guitar, and you play guitar, you guys should hang out.” I met Teddy at church. We got to know each and eventually started jamming. None of us knew Ben real well at first but we had heard good things about him. We all met up one afternoon for an audition and here we are today. Same thing goes for Neil, other than Ben and Joel knew him from the Edmonton music scene. He showed up for an audition one afternoon and again, here we are today.

You were nominated for 2014 Canadian Country Music Association Group/ Duo of the Year, and also recently won an ACMA for Group of Year, how does that feel?

It’s incredible. You work so hard at establishing a name and a reputation. So when your peers and the industry take notice, it feels really darn good.

You recently released your album “Ramble” on February 10, how has the fan response been so far?

It has been amazing! Everywhere we go people are singing the songs, and coming up to tell us that they love the tunes. Social media is great as well. We get a lot of messages, literally from around the world!

You released a lyric video for the lead single, “Turn This Car Around”, which now has over 10,000 views on Youtube, when can fans expect an official video?

10,000 views….WOW! We have a brand new single just released today, called ‘Rebel Wings’ and we hope to have something for it.

What made you choose “Turn This Car Around” as the lead single?

We figured it was a good bridge between the last album and RAMBLE. Our sound has evolved a bit and when we heard ‘Turn This Car Around’, it just made sense!

Can you give the Canadian Beats readers any indication of what the next single will be?

Alright, Canadian Beats gets the scoop! The next single is…….’Rebel Wings’…(which was released today!)

You just completed a set of tour dates in Alberta, Manitoba, Ontario & Saskatchewan, but are there any plans of a full Canadian tour in the near future?

OH YEAH!! Not sure on the specifics quite yet, but I do know that this year, 2015, the BCB’s will be performing at cities on the far east coast, all the way to the west coast. Which will be a dream come true! We live in an absolutely beautiful country!

You opened for Gord Bamford, which must have been very exciting, which other Canadian artists or bands would you love to tour with?

For me, it’d be Corb Lund, Tim Hicks, High Valley, and The Sheepdogs. Just to name a few. So much talent in this country!

Speaking of touring and live shows, which song off of Ramble is your favourite to play live?

Well, gotta say ‘Vagabond Dreams’. We’ve worked out some special ‘live show only’ guitar solos and as a frontman, this tune lets me strut my stuff!

Up until now, have you had any crazy fan experiences that you’d like to tell us about?

One that stands out so far was at Calgary Stampede last year. We were performing at Nashville North and there was probably 3000 people in there. We start playing our very first single ‘Peace Of Mind’ and this big tough looking dude pushes his way right to the front and starts singing every word at the top of his lungs…WOW….so cool!

Here at Canadian Beats, we like to include a small portion of “fun” questions that may help your fans learn something new about you, so here goes:

The Tragically Hip in Edmonton.

You guys are absolutely fantabulastic! We are still fairly new to the Canadian Country Scene, and yet we’ve got fans and friends from coast to coast!Thank you so much! That’s a lot of exclamation marks, but I don’t care, you guys deserve it!:)