By Remington Fioraso on May 5, 2015@https://twitter.com/RemingtonFD 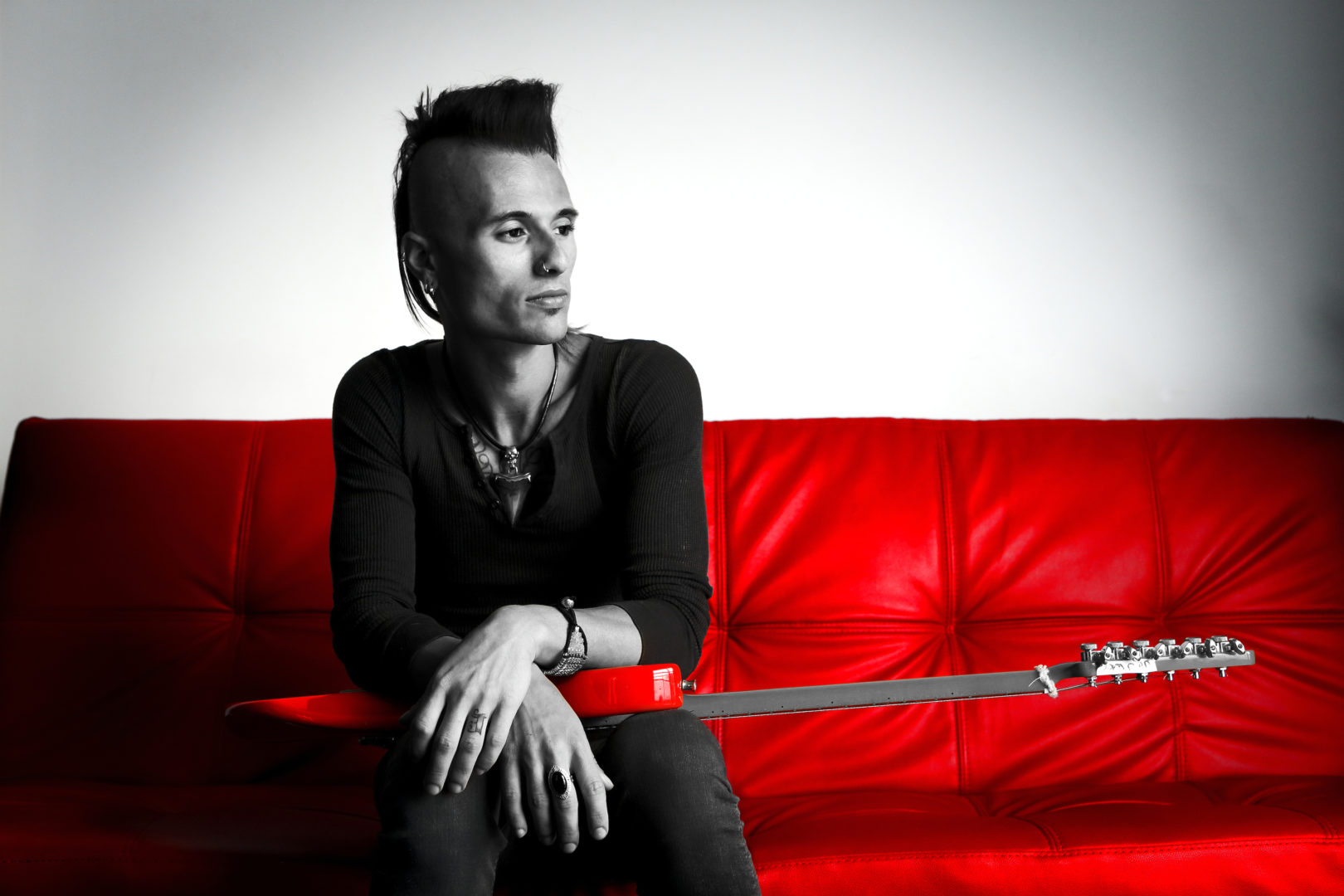 Smashing Satellites is an electronic-rock group from Toronto, Ontario.  The band is formed by frontman Salvatore Costa, who is joined by Devon Lougheed, Mick Valentyne, and Mykey Thomas.  Last fall, they released their EP album entitled “SonicAluzion.”  They recently released their new single “What’s It’s All About” off their upcoming record set for a summer release. If you’re around Toronto this week, be sure to check them out at their CMW Shows:

I was able to ask lead singer, Salvatore Costa a few questions about their background, their new single & album, and so much more. Keep reading to find out everything you want to know.

When I left My Darkest Days to create Smashing Satellites I had super high expectations. After touring for years with MDD and building such a great live chemistry with great players, I just wasn’t going to settle on anyone. Mick and I had been playing in bands for years together and during the time I left to pursue MDD Mick really matured as a musician in so many respects. He just became even greater than he was and emerged playing many instruments, being able to put on any hat for any task. He’s the glue in the band. He also happened to be working on a project that I really dug with Mykey. So, them coming as a package was totally a shot in the arm. Mykey is my favourite drummer. I’m a fan of him, so to be in a band with him is just truly exciting for me. Mykey is the heartbeat of the band and when I’m gassed from singing during a show, I can look over at him and he gives me my next wind. Devon came in as a recommendation through a tour manager we mutually knew. Devon is the only guy in the band that I didn’t know previously but he proved himself as a musician and we immediately had musical chemistry. I have a funky style of playing guitar and so does Devon, so he was just a great match for me as a player and a singer. He’s a pro.

So many… and a great variety too. To list them: Michael Jackson, Queen, The BeeGees, The Eagles, Bob Marley, Pink Floyd, Nirvana and Placebo to name a few. I’m not an elitist to any specific genre. If it’s great and perspires passion, I’m sold.

How has the reception been for “What It’s All About” so far?

It has been great. It’s one of those songs that I think people don’t have to think too hard about and that is the point of it. I wrote that song for people to think less and enjoy more. To just enjoy what the moment has to offer. That was my goal and that is exactly what I think we are achieving with it.

What can you tell us about your upcoming album?

It’s a record that truly highlights the highs and lows of a certain period in my life. There is a bi-polarity to myself as a person. When I’m high, I feel invincible. However, you couldn’t bury me deeper than I lie during my lows. These songs take on that quality. There are some songs that sound like they were written in heaven and some in hell… and they were.

What has been the biggest difference between your EP SonicAluzion and the album?

As I continued writing the record I just became more and more honest and in-tune with myself. Maybe too honest at times, but I didn’t want some bullshit lyrics to be laid down on my music. I wanted to be honest. This record is therapy for me. The album just gets more honest as it goes on. It’s deep. It’s powerful. It’s real.

Are there songs you are most excited for fans to hear?

There is a song called ‘Us’ on the record that is VERY me. It has an old school disco/pop vibe to it and it really highlights a moment with me and a woman. It gave me a chance to relive that moment in such a unique way.

Here, at Canadian Beats we like to include a small portion of questions that may help your fans learn  something new about you, so here goes:

I love Moist and David Usher. Coincidently Moist took us out on our first ever tour as direct support. How cool is that? The music business is so wild because these artists you grow up loving sometimes end up loving what you’re doing and then you become friends and tour together and experience all these great moments. Things come around full circle in the music business and that is what keeps it glorious.

Ohhhh so hard to pick, but I love ‘Pawn Stars’, ‘Hardcore Pawn’ and anything to do with murder mystery (doc style)! I’m not a huge TV dude in general though, but when I do sit down to chill and watch before bed, those are my go-to shows! Oh also, I love ‘Friends’!!!

Now you’re killing me because I can’t choose!!! 🙂 I’m a self-proclaimed, full out foodie. I spend SO much time exploring new restaurants and new cultures. I love SO many varieties from the East including, Indian, Thai, Japanese, Vietnamese, Lebanese, Israeli, etc. However, I am also Italian so I can really appreciate a great pasta dish considering I grew up eating it every day! I LOVE food. Oh, and I’m a vegan too.

If you love the music… Share it. Help us spread the message, the lyrics, the love.