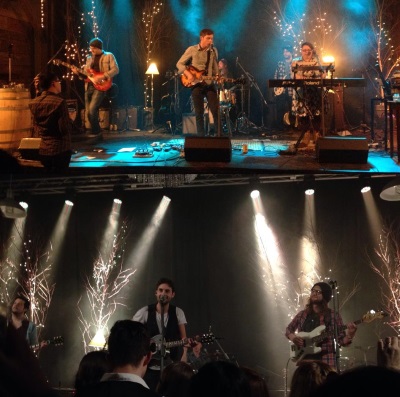 Tim Chaisson, a folk/country/pop artist from Charlottetown, Prince Edward Island kicked off his CD release tour last night to a sold out crowd at the PEI Brewing Company. Opening the night was Liam Corcoran, a fellow singer/songwriter from Charlottetown.

Liam Corcoran and his live band took the stage and played a great set that left the crowd dancing by the end of it. I hadn’t heard of him before but after last night I definitely will be keeping an ear out for him and you should too. He had the audience captured with his performance of his songs off of his upcoming release, which he says is due to be released sometime this summer. If you can’t wait until then to check him out then head over to his soundcloud where he has some songs available for streaming. “Out Of This World”, “Let It Be Now”, and “July Eh, July Oh” were a few of the songs he played during his opening set. Personally I can’t wait until the album comes out because I need his songs on my playlist for this summer.

Tim Chaisson took the stage and the crowd pushed their way forward, trying to get as close as possible. He played many of his new songs off of his album, ‘Lost In Light’, which was released in February. “Crushed”, “I Can’t Live Without You”, “Loses Its Shine” and “Cajun Moon” were some of my favourites. I had seen Chaisson open for Burton Cummings this past summer and I was even more impressed last night than I was then. The crowd was singing the words back to him, at times drowning out the music itself, and dancing for the rest of the night. Fiddle strings were breaking, dust was flying, and hands were clapping throughout the night. How he manages to sing, play the fiddle, and still move around the stage is beyond me but it makes for a great show. If you have a chance to see him perform live, take it. You will not regret it.

He has some upcoming shows in New Brunswick, Nova Scotia, Quebec and Ontario: http://timchaisson.com/site/shows/