By Remington Fioraso on May 3, 2015@https://twitter.com/RemingtonFD 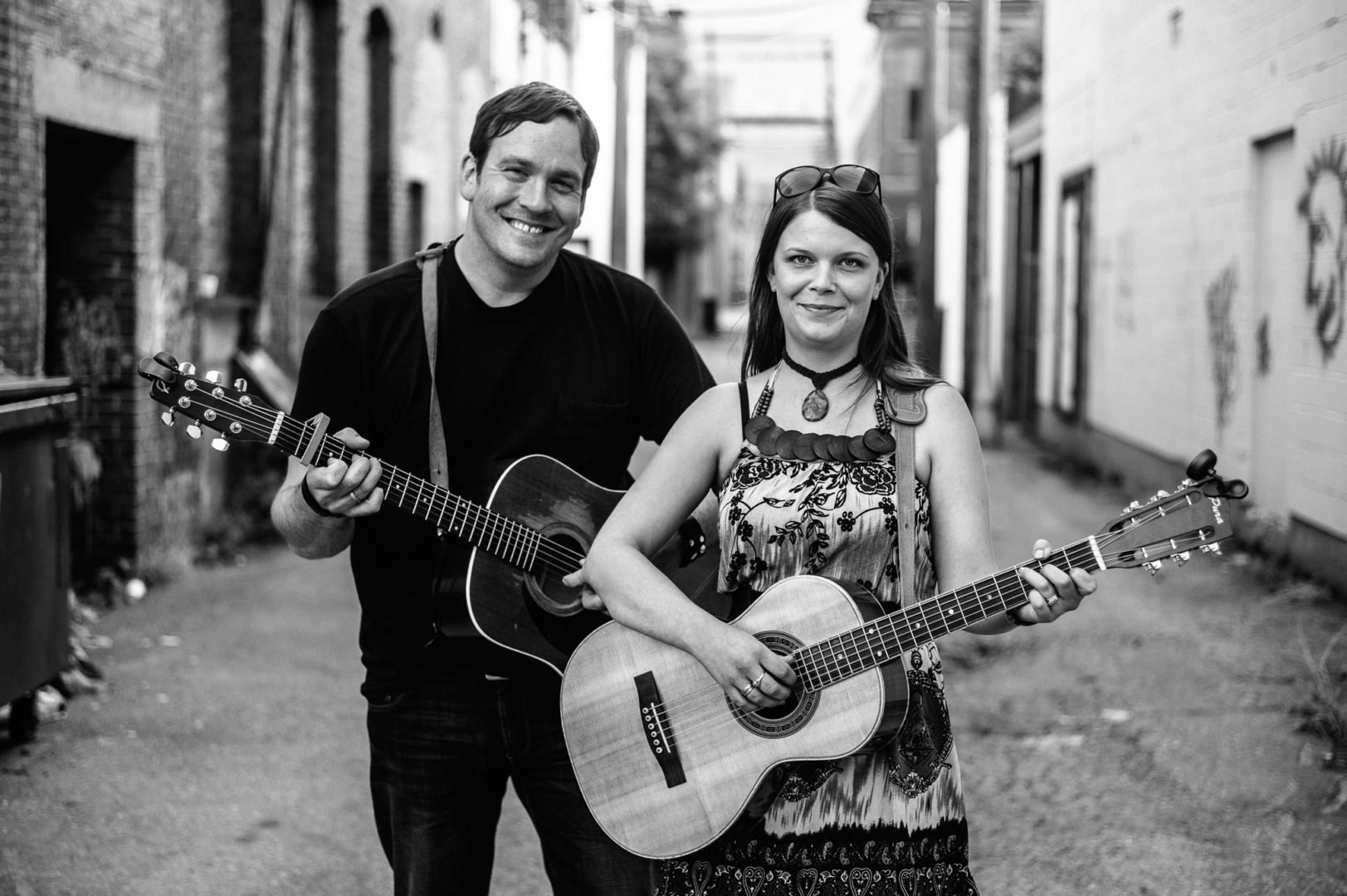 Jen Lane and John Antoniuk are a singer-songwriter duo from Saskatoon, Saskatchewan.  Both have released material on their own until joining forces.  Antoniuk has released work under ‘Smokekiller’ while Lane has recorded 4 albums with another set for release in Spring 2016.  In 2014, they released their duet album “Jen and John.” In May, they are heading out on tour in Ontario and Quebec.  Included in the tour dates is a residency at The Cameron House in Toronto.

We both have so many influences of our own, but we would say that some artists who influenced our Duo project in particular are Gram Parsons and EmmyLou Harris, Robert Plant and Alison Krauss, Ryan Adams, JJ Cale, Big Star, Dolly Parton, the Beatles (Abbey Road in particular).

When did you decide to begin collaborating with each other?

We met a songwriters showcase in Saskatoon at Louis’ Pub on Campus. We started jamming right after that. I suppose we’ve always collaborated on some level, but the Duo project was really born out of shows like our residencies at the Cameron House in Toronto, Prairie Scene Festival, and at various house concerts where we would play song for song. It opened up the floor for a whole different kind of husband-wife banter than we’ve ever been used to. We have sure learned a lot about each other along the way.

What has been your favourite tour memory so far?

We have so many wonderful friends and so much support out there, and we have played with so many great artists in our touring careers that it’s hard to pick just one. I suppose one of our faves would have to be when we played the Dakota at Canadian Music Week with Johnny Fay (Tragically Hip), Kevin Kane (Grapes of Wrath), John Ellis (Doc Walker, Ridley Bent), and Del Cowsill. There was a moment where we looked at at each other and I’m sure we were both thinking, “ WOW! These guys are playing in our band right now! How awesome is this!”  They were so much fun to play music with! They even hopped on board to SXSW with us. John Ellis has since produced the new Jen Lane album that will be out next spring.

If you like our influences, and like good song-writing, boy/girl harmonies, acoustic rhythm and melody, twinkly lights, good company, laughter and snacks. Then you would really enjoy our show.

Are there any particular songs you are most excited to play?

John recently wrote a song with our Niece and Nephew (8 and 10 years old). It’s called “I’m a big beautiful butterfly” and we both love it so much, we want test it out on the tour. To us it promotes self-love, respect and happiness, and it’s just really cool that we can involve them in our work somehow. What could be any more fun than a bar full of adults singing kids songs? Just ask Fred Penner. We saw him showcase one time at Canadian Music Week. It was epic!

What can fans expect to hear from you next?

You might just hear a new Jen Lane single this Fall 2015. That will be followed up with the full release in the Spring of 2016. As for the Duo, we will be spending some time this summer continuing to develop new material and collaborating on song-writing together. We would like to release a full length Jen and John album together. Who knows, maybe we’ll even collaborate with some more kids and see what happens.

What is your favourite thing to do in your downtime?

John would be happy playing guitar and writing and learning songs all day everyday. When he gets a break from rehearsing, he plays something else. If he isn’t playing or working on something to do with music he goes speed swimming. He goes everyday and being a former competitive swimmer, he’s way faster than you might think. Jen is more likely to retreat to the outdoors. She wants to be in nature, to BBQ, relax by a campfire, watch the sun set or the stars, either alone or in good company. Either way, our favourite things to do in our downtime end up being the things that inspire us to be creative again.

We would have to say that the movie we have really enjoyed equally as a couple is Kill Bill. We like anything Tarantino-esque.

A really huge warm thank you! Without your support we wouldn’t have a job that we love so much. We feel very lucky to have you.